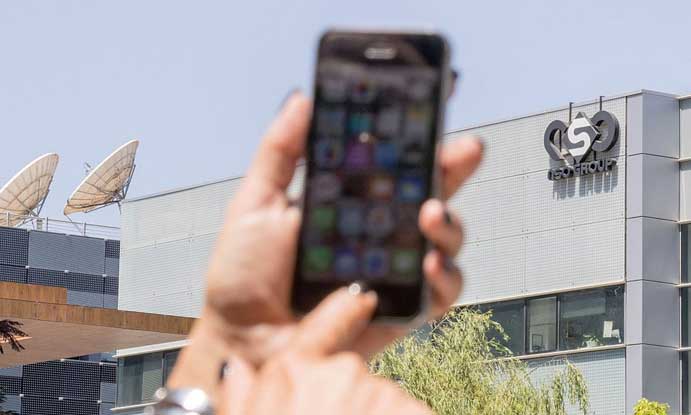 The ruling came despite the fact that lawyers for Amnesty International presented what the human rights group described as “mountains of evidence” concerning NSO’s crimes.

NSO is responsible for Pegasus, a sophisticated (and expensive) cyberweapon which they run on behalf of some of the world’s worst human rights abusers – including Saudi Arabia.

Pegasus invades targeted individuals’ phones, scooping up masses of private data, including emails, texts, photos, files and passwords, and essentially anything you can think of which lives on a modern smartphone.

The cyberweapon is capable of turning on the microphones and cameras of smartphones remotely, essentially turning them into spying devices working against their owners.

According to experts, Pegasus has been used to target journalists, human rights defenders, politicians and dissidents living under oppressive regimes the world over.

Even Jamal Khashoggi – the exiled Saudi columnist brutally slain and dismembered by agents of Mohammed Bin Salman in 2018 – was indirectly targeted by NSO on behalf of the murderous Saudi regime.

With the Israeli court’s dismissal of Amnesty International’s lawsuit, NSO’s nefarious criminal enterprise now has Israel’s official stamp of approval – from both the government and the judiciary.

The excuse that NSO is a private company simply does not wash.

But there is still hope. Some good news on NSO Group also came in July.

A US federal court in Northern California ruled that Facebook’s lawsuit against NSO Group could indeed go ahead.

Facebook is the parent company of WhatsApp, the firm that runs the dominant messaging service (the social media giant bought it out in 2014).

The primary attack vector which NSO’s cyberweapon Pegasus used to infect its targets’ phones was WhatsApp. The app, for a time, contained a security vulnerability which the cybercriminals at NSO were able to exploit.

This weakness in WhatsApp was patched up by the app-makers last year, but not before at least 24 users of the app were affected.

Experts claim that NSO was more interested in targeted deployments of their cyberweapon (at their client’s direction), rather than mass infections of thousands of users.

This makes sense with these mercenaries’ primary motivation being massive profits.

The fees they continue to amass from human rights abusing regimes to run these criminal intrusions into activists’ private lives and conversations are reported to have gathered them untold millions in fees.

NSO’s clients have also included Bahrain, the United Arab Emirates and Mexico – the latter used their “service” to spy on journalists.

Israel has for many years been deeply involved in a growing global cybercrime racket.

In 2008 and 2009, it was infamously involved in the Stuxnet worm which sabotaged Iranian nuclear energy plants. The Stuxnet cyberweapon was reportedly a joint effort of the US under former President Obama and the Israelis.

In 2011 there was also Flame, a similar piece of malware to Stuxnet in some regards, which was found on computers all over the Middle East, but especially in Iran, the West Bank and in Lebanon – all obvious targets for Israel.

It is likely that Flame was made by Israel, or at least with the involvement of the Israeli government’s official state cybercrime gang, Unit 8200.

Flame’s emphasis on spying on infected computers made it a kind of early precursor to Pegasus.

The ongoing court case in the US against NSO will definitely be worth watching.

In an email to the technology news site TechCrunch, a WhatsApp spokesperson confirmed: “We are pleased with the court’s decision permitting us to move ahead with our claims that NSO engaged in unlawful conduct. The decision also confirms that WhatsApp will be able to obtain relevant documents and other information about NSO’s practices.”

There are plenty more revelations to come, it seems.

That is essential if Israel’s growing role in human rights abuses around the world is to be exposed, and if this criminal state is to be held to account for its crimes.