Home nieuws Évian – Ghayath Almadhoun – On refugees, then and now (2020)

The film begins in our days when a boat of refugees collapses in the sea. Suddenly, we find ourselves witnessing the tragedy of the Évian Conference in 1938, which was held to discuss the crisis of Jewish refugees. No one has learned the lesson. 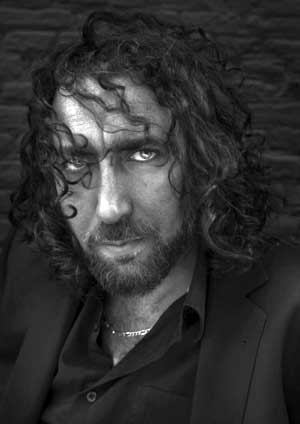 Ghayath Almadhoun is a Palestinian poet born in Damascus in 1979. He has lived in Stockholm since 2008. Almadhoun has published four collections of poetry, the latest “Adrenaline” in Milano 2017. In Sweden, he has been translated and published in two collections: Asylansökan (Ersatz, 2010), which was awarded the Klas de Vylders stipendiefond for immigrant writers. He also authored Till Damaskus (Albert Bonniers Förlag, 2014) together with the Swedish poet Marie Silkeberg. which was included in “Dagens Nyheter” (the largest Swedish newspaper) literary critic list for Best New Books and converted to a Radio Play for Swedish National Radio. With Silkeberg, Almadhoun has also made several poetry films. His work has been translated into Swedish, German, Greek, Slovenian, Italian, English, Dutch, French, Spanish, Czech, Croatian, Albanian, Lithuanian, Indonesian, Macedonian, Bengali, Persian and Chinese.

The Dutch translation of Almadhoun’s poems, Weg van Damascus, (Uitgeverij Jurgen Maas) Amsterdam 2014, was one of the top 10 selling poetry books in Belgium for several weeks in 2015 & 2017.

Lately, he had published together with the Dutch poet Anne Vegter, the poetry collection “Ik hier jij daar” (Uitgeverij Jurgen Maas) Amsterdam 2017. Also, the book was one of the top 10 selling poetry books in Belgium for several weeks in 2017.

Adrenalin a selection of his poems translated into English by Catherine Cobham released from Action Books, USA, on 15th November 2017.

Adrenalin was at the 2018 BTBA longlist, Best Translated Book Award in the Us, and on the Small Press Distribution list of Poetry Bestsellers for four months – December 2017, January 2018, February 2018 & January 2019.

The book ranked number 1 on “Litprom-Bestenliste / Sommer 2018” list for the best books translated into German.

Almadhoun will be a resident artist in the city of Berlin for the DAAD Artists-in-Berlin Program award scholarship (Berliner Künstlerprogramm des DAAD), during the period from July 2019 to July 2020.

They’ll take our jobs and our houses.
They’ll seduce our women.
They look bad.
They carry diseases.
Their standards are different.
Their culture is different.
Their morals are strange.
They’ll never be able to integrate.

When you hear these raisest words, you think about the current refugee crisis, as they call it, meaning Syrian refugees these days. In fact, those words were widely used by the Western media to describe Jewish refugees from Germany and Austria who attempted to flee from the Nazis in the period before the Second World War.

In 1938, 32 Western countries met at the Évian Conference to discuss the crisis of Jewish refugees. All countries present refused to take them in. On 13 July, the Nazi newspaper Völkischer Beobachter wrote triumphantly: ‘Nobody wants them.’

The film begins when a boat of refugees collapses in the sea, and ends with history repeating itself, and us as witnesses with a fish’s memory.

Will Israel be held accountable ? – in conversation with the...

Biden aides welcome Israeli minister – even as he refuses to...

Zionist settlement expansion extends the violence started during the Nakba

[VIDEO] What’s the story ? – Abed Abu-Shehadeh on the Palestinian...

Israeli forces use Palestinian girl as a human shield in Jenin

As we grieved for Shireen Abu Aqleh, Israeli police attacked us...

Israel will not hold criminal inquiry into killing of journalist Shireen...

Israel knows it will get away with the attack on Shireen...

Israeli military ID’s gun that may have killed journalist