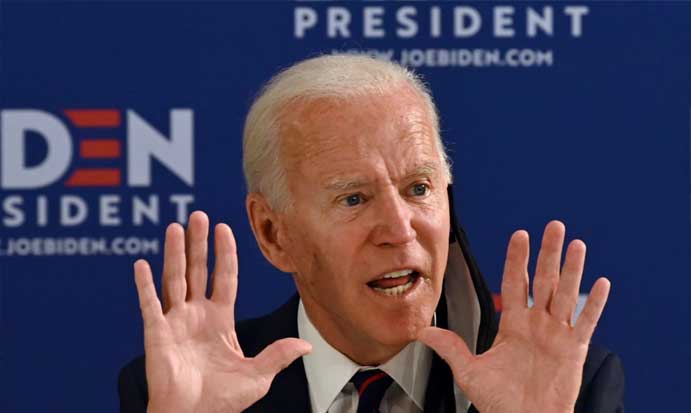 Amendment that would have asserted Palestinians’ right to live ‘without occupation’ fails to pass Democratic committee meeting.

The Democratic Party will not mention the word “occupation” in its 2020 platform when describing Israel’s occupation of Palestinian territories – a key demand of progressive activists.

Palestinian rights advocates and supporters of Senator Bernie Sanders have been pushing to include language that would recognise Palestinians’ right to live in their own state “without occupation”, but the proposed amendment fell in a 34-117 committee vote on Monday with the platform committee voting to keep the word out of the document.

The amendment would have also voiced opposition to Israeli settlements by changing the draft platform which rejects “settlement” expansion and added a line saying that US aid to Israel should not be used “to facilitate annexation or violate Palestinian rights”.

The party released a draft platform last week that advocated many progressive policies on domestic and foreign policy issues, mirroring the Democrats’ leftward shift during the presidency of Donald Trump.

But on Israel-Palestine, the draft disappointed Palestinian rights advocates after it failed, once again, to mention the Israeli occupation or spell out consequences for Israel’s policies if they violate human rights or Washington’s goals in the region.

“Democrats believe a strong, secure, and democratic Israel is vital to the interests of the United States. Our commitment to Israel’s security, its qualitative military edge, its right to defend itself, and the 2016 Memorandum of Understanding is ironclad,” the proposed platform reads.

“Democrats recognise the worth of every Israeli and every Palestinian. That’s why we will work to help bring to an end a conflict that has brought so much pain to so many. We support a negotiated two-state solution that ensures Israel’s future as a Jewish and democratic state with recognized borders and upholds the right of Palestinians to live in freedom and security in a viable state of their own.”

That passage on the conflict will likely remain the same after the proposed amendment by Sanders’ delegates was blocked by supporters of the presumptive nominee – Joe Biden.

Clem Balanoff, a Sanders-linked delegate from Illinois, introduced the amendment, stressing citing a 2019 study by the Center for American Progress showing that 56 percent of Americans oppose unconditional aid to Israel.

“At a time when hundreds of thousands of Americans have been marching in our streets – and many of you on this call – for equality and civil rights, it is unconscionable for the Democratic Party not to speak truthfully to the Palestinians efforts to secure those same rights,” said Balanoff.

‘Unity of our party’

Former US ambassador to Israel Dan Shapiro spoke out against the amendment, mainly pushing back against it in the name of party unity, not the merits of its substance.

“We understand that for some of our party past platforms have fallen short in recognising and supporting the legitimate concerns and rights of Palestinians,” Shapiro said.

“But while we understand that those concerns have not been addressed to the full satisfaction of all parties this year, we believe we have taken significant and overdue strides on sustaining the unity of our party.”

He said the draft states “clearly” Democrats’ opposition to settlement expansion, annexation and stresses Palestinians’ right to their own state.

Shapiro also underscored that the proposed platform recognises Americans’ right to free speech after denouncing the Boycott, Divestment and Sanctions (BDS) movement – a caveat seen as a pushback against anti-BDS laws championed by pro-Israel advocates from both parties.

“We should not let disagreements about words or specific policies threaten our party’s unity,” Shapiro said.

Beth Miller, government affairs manager at JVP Action, a political advocacy group linked to Jewish Voice for Peace, called Monday’s committee vote an “outrage” and a “disappointment”, which she said proves that the party is out of touch with its supporters.

“What just happened is that the majority of the platform committee voted to continue sending a blank check of our tax dollars to support Israeli apartheid over Palestinians,” Miller told MEE.

“They voted to tacitly support the ongoing illegal military occupation.”

The platform is a non-binding document that outlines the party’s stances and priorities over the next four years. It will receive final approval at the Democratic National Convention next month.

Ali Harb is a writer based in Washington, DC; he reports on US foreign policy, Arab-American issues, civil rights and politics

[on his way out] Israel’s Yair Lapid urges foreign states to...

International Day of Solidarity with the Palestinian People

Undercover Israel soldier leaves Qatar after his past revealed