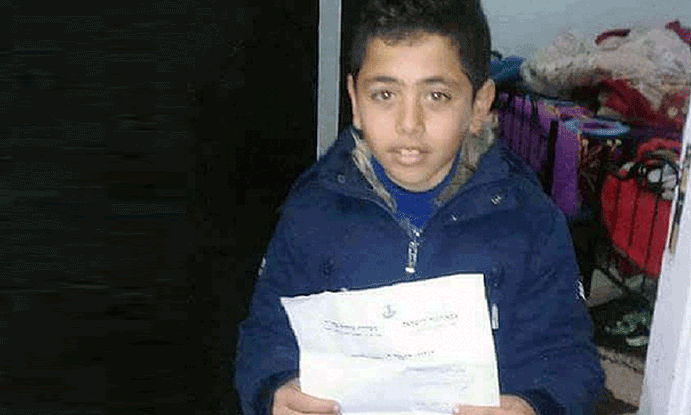 “The Israeli military court system is not a justice system. A system interested in justice does not place children in solitary confinement, subject them to prolonged interrogation sessions, deny them access to counsel, and prosecute them relying on statements obtained through coercion.” Ayed Abu Eqtaish, DCI-

While Ahed’s future is not clear, we may cite the following cases for Palestinian children prosecuted in military courts:

These are classic cases of kidnap, interrogation, abuse, forced ‘confessions’ within the context of a 99.7% indictment rate at Israeli military courts.

As such, we are seeking your support in regard to exercising pressure on the Israeli government in order to stop these violations and the inhuman treatment of Palestinian children. In particular, we hope to put an end to the arrest of Ahed Tamimi and the proceeding being undertaken against her in the military court.

Such proceedings contravene Israel’s international obligations set out in the Convention on the Rights of the Child, as was recalled by the Committee in its Concluding observations adopted upon the consideration of the second to fourth periodic reports of Israel at its sixty-third session (27 May – 14 June 2013). Within the observations, the Committee expressed its concern “that the State party fully disregarded the recommendations it made in 2002 and 2010 in relation to arrest and detention of Palestinian children and their detention conditions and has continued to deny all these guarantees and safeguards to children living in the OPT who remain subject to military orders…”. Accordingly, the Committee “…urges the State party to comply with the recommendations it made in 2002 and 2010 and which have been constantly reiterated by all human rights mechanisms, the United Nations Secretary General and the High Commissioner for Human Rights and in particular that it:… Ensure that detained children have effective access to an independent judicial review of the legality of their arrest and detention within 24 hours of their arrest and are provided with adequate free and independent legal assistance immediately after their arrest and can contact their parents or close relatives…” (CRC/C/ISR/CO/2-4, paras.73-74).

Ahed’s case is in process, Ahed and all Palestinian children seek your support for better justice and a reclaimed childhood.

With the assurance of our respect and consideration.