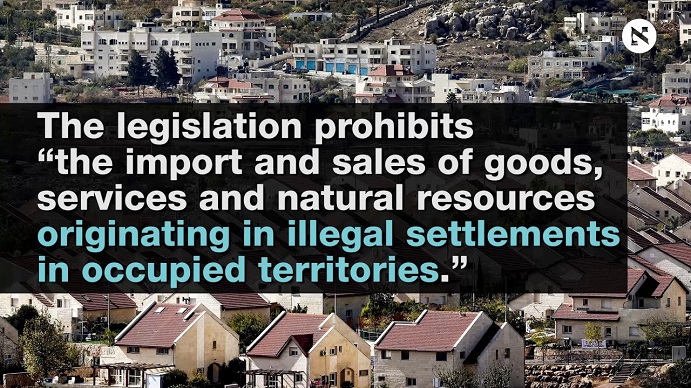 On 12 February 2020, after three years of delay and consistent pressure by Palestinian, regional and international organizations, the Office of the High Commissioner for Human Rights (OHCHR) issued a report on business enterprises involved in certain activities related to unlawful Israeli settlements in the Occupied Palestinian Territory (OPT). This came in response to a specific request by the United Nations Human Rights Council, contained in resolution 36/13, which mandated OHCHR to produce a database of business enterprises involved in such activities. The Palestinian Center for Human Rights (PCHR) commends OHCHR’s efforts in producing this report and for its independence and impartiality in fulfilling its mandate.

This report marks a significant step towards holding settlement businesses accountable for their role in violating Palestinians’ rights. For a long time, these businesses have facilitated the growth and operations of settlements, and benefited from Israeli authorities’ unlawful confiscation of Palestinian land and other resources. They also benefited from Israel’s discriminatory policies that provides privileges to settlers at the expense of Palestinians such as access to land and water as well as permits to build and develop land. Thus, the database sets an important precedent in the global efforts to ensure that businesses respect international law and standards, including the UN Guiding Principles on Business and Human Rights.

The release of the database also comes at an important period as the current United States administration led by President Donald Trump has released its Middle East peace plan which would allow Israel to annex vast parts of the occupied West Bank, including the strategic Jordan Valley, thus legitimizing the settlement enterprise. This report, however, re-affirms the international community’s rejection of Israeli and US efforts to legitimize Israel’s unlawful settlement enterprise and whitewash violations of Palestinians rights caused by it. It also constitutes an important precedent in the global efforts to ensure that businesses respect international law and standards, including the UN Guiding Principles on Business and Human Rights.

In light of the above, PCHR stresses the importance of releasing the database annually, pursuant to resolution 36/16, to exert pressure on companies to cease their activities in Israeli settlements. PCHR also calls upon the Palestinian Authority, Arab states and international community, including Human Rights Council Member States to take measures to sanction and boycott the companies contained in the UN database until their business activities in the settlements are ceased.