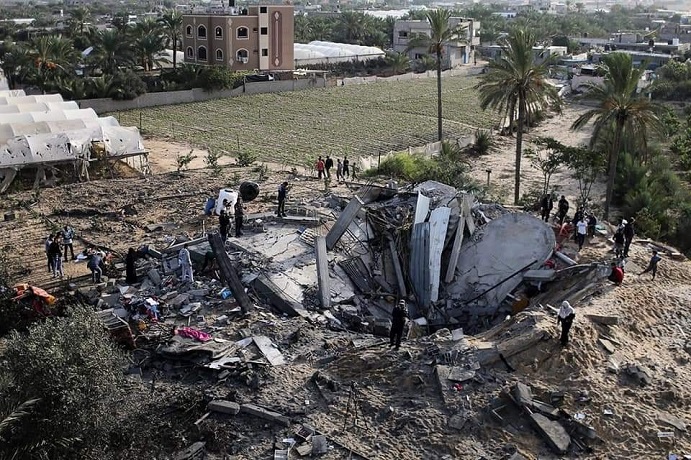 Gaza (QNN)- Seven civilians were killed in two separate Israeli attacks on Wednesday, raising the total number of martyrs, who have been killed by the Israelis since the start of the escalation, to 18.

The Ministry of Health stated that 18 Palestinians were killed, including a lady, and 50 others were injured in the Israeli strikes, which mostly hit civilian targets.

The Israeli army claimed that its warplanes targeted Islamic Jihad fighters, who were firing missiles at the occupation state this morning, which turned out to be targeting of Palestinian civilians in their houses.

The army said that the resistance fired 220 missiles at the occupied Palestinian territories, claiming that the Iron Dome intercepted dozens of them.

It also claimed that 60% of the missiles fell in open empty areas, while dozens fell in Gaza.

On the other hand, Israeli media said that 41 Israeli settlers were have been injured since the start of the Israeli escalation, 23 are moderately wounded while 18 suffer from panic attacks and 5 have serious injuries.