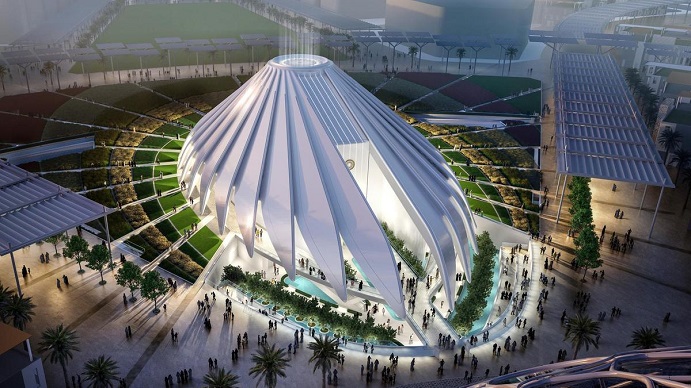 Dubai is set to welcome the Israeli delegation at the Expo 2020 in October next year, with the event opening the door to future visits by Israeli citizens to the Gulf state, reports have said.

Dubai Expo 2020 is expected to be the largest such event to be held in the Middle East and Africa and it will be held under the theme “Connecting Minds – Creating the Future.”

Though Israel does not have official diplomatic relations with the UAE, there have been efforts to normalise links between the two.

The Expo will have a pavilion for Israel to showcase its latest achievements in agricultural innovation and sustainability.

A source within the Expo’s management team told Yedioth Ahronoth: “Israeli and the UAE’s authorities have been in talks for a while, in order to allow those with Israeli passports to attend the Expo in Dubai.”

“These talks are happening because both sides want to see the Expo turn into the biggest exhibition in the world, the UAE invested tremendous amounts of money and thought into the event and they want Israelis to be welcomed as well.”

The international event is organised by the Paris-based Bureau International des Expositions (BIE), and will see over 190 countries showcasing the various ways they plan to bring about scientific, technological, economic and social progress as well as experience the “UAE’s values of inclusion, tolerance and cooperation,” according to the exposition’s website.

Dubai’s government has been reported to have already spent over $40 billion on major infrastructure projects related to the Expo, including a new $2.9 billion metro line and an expansion to a new airport near the Expo site.

The event is expected to give the UAE an economic boost of over $33 billion, consultants Ernst and Young said in a study earlier this month, according to The Times of Israel.

Israeli-Emirati relations reached new heights in 2018 against the backdrop of Israel’s efforts to normalise diplomatic relations with Arab countries, a move advocated by US President Donald Trump.

In October 2018, Israeli judoka Sagi Muki won a gold medal at the Judo Grand Competition in Abu Dhabi, which led to Israel’s national anthem being played publicly in the country for the first time.

Moreover, construction on UAE’s first official synagogue will begin next year and be completed by 2022, which will be part of the multi-faith “Abrahamic Family House”.