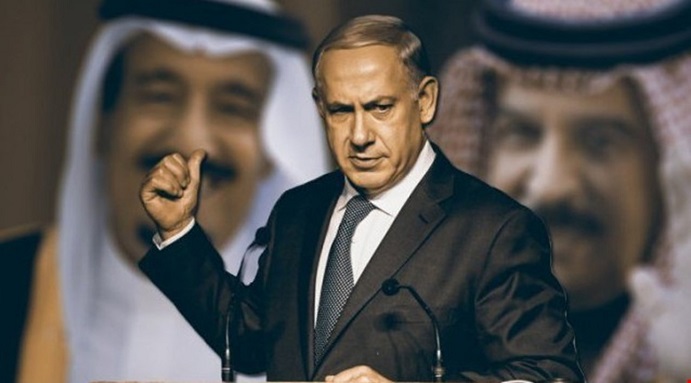 An Israeli television report revealed that an agreement had been reached between the Israeli occupation and the Gulf States not to launch hostilities against each other, in preparation for full normalisation, despite the absence of a solution to the Palestinian issue.

The report, translated by Arabi21, which was prepared by Israeli political expert Dana Weiss and broadcasted by Israel’s Channel 12 stated: “This initiative was supervised by Israeli Foreign Minister Israel Katz, as a prelude to full normalisation between Israel and the Gulf States, along with security and economic cooperation.”

Weiss explained that: “there are successive developments in Tel Aviv and Washington on this matter, as well as the involvement of Arab countries in such initiative, in light of the security tension in the region, due to Iran’s behaviour, the absence of a stable Israeli government, and the lack of suitable ground to implement the Deal of the Century”.

The Israeli expert pointed out that the US administration sought to search a new channel of communication by launching an initiative prepared and supervised by Israeli Foreign Minister, Katz.

She stressed that “the initiative is based on signing of an agreement not to wage bilateral wars between Israel and the Gulf States, with the prospect for mutual economic and security cooperation, in preparation for full normalisation between the two sides, despite the absence of a solution to the Palestinian issue.”

Weiss highlighted that “the Secretary of the US Treasury, Stefan Menuchin, visited Israel two weeks ago, and reviewed the plan, described it as excellent, and asked for more details about it. He also discussed the “Tracks of Peace” rail link initiative to connect Israel and the Gulf States by railway. Menuchin, then, headed from Tel Aviv to Saudi Arabia carrying “a detailed description of the Israeli initiative.”

She conveyed that “the last days revealed successive and significant developments on the Israeli plan. Prime Minister Benjamin Netanyahu has held a private meeting with some of his ministers, and told them that the US supports this plan with the Gulf States.”

Weiss asserted that “the US State Department approached its Israeli counterpart lately, and requested the establishment of a joint task force to start the implementation of the plan on the ground. Tonight, the President of the National Security Council Meir Ben-Shabbat will supervise the first of its kind discussion regarding the plan with the participation of competent Israeli authorities, to prepare a plan on the ground. There will also be other debates in various forums in Israel and the Arab countries familiar with such an initiative.”

The Israeli expert concluded by saying that “the Israeli plan stems from the premise that by this stage Israel and the Arab countries share an interest in facing Iran, adding to that the desire expressed by the US administration to reach a political solution during Donald Trump’s current term, as well as signing a basic agreement in the White House, which will crown the latter’s presidential mandate.”