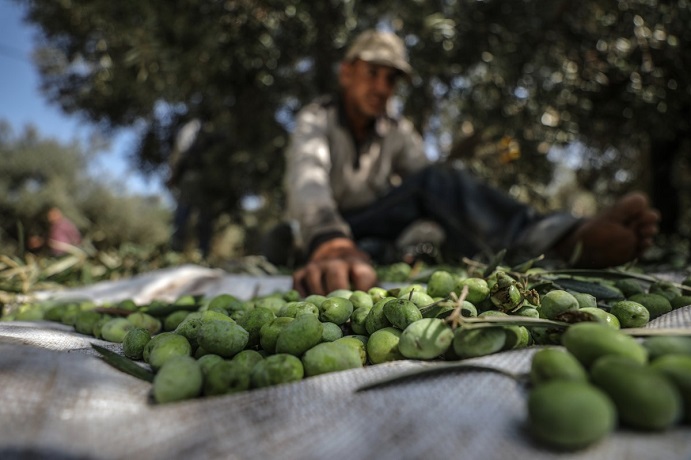 The olive harvest in Palestine is an annual reminder of Israeli settler vandalism and violence. In 2018, the Israeli NGO B’Tselem reported on the extensive damage inflicted upon the olive groves, with one Palestinian farmer explaining that, “It looked like the trees had been slaughtered.” Meanwhile, the discrepancies regarding freedom of movement – unrestricted access for Israeli settlers juxtaposed against coordinated days for Palestinians to harvest – once again forces Palestinians into a silence which is not of their own making.

Knowing that filing complaints to the Israeli authorities yields no results, Palestinian farmers are forced to choose silence and a smaller harvest. “I only had three coordinated days left and I preferred to harvest the remaining trees,” explained one.

Israel’s military Coordination of Government Activities in the Territories (COGAT) would have the entire world believe otherwise. However, its latest propaganda video exposes two realities which the Israeli state has no intention of reversing: the ongoing restrictions on Palestinian movement, and settler violence as a complementary measure to the colonial state’s dispossession of the Palestinian people.

“Our purpose is to ensure that every farmer has free and secure access to his trees and can harvest his olives without any problem,” the Israeli official states. Alongside footage showing Palestinians harvesting the olives, the official adds, “As you can see, the Palestinian farmers who live here work freely. We are here with them, and that is our purpose.”

Coordinating the olive harvest is not freedom, and nor is a military presence in a work scenario. If COGAT needs to highlight its presence in the fields and emphasise “free and secure access” to the land, it underscores a plethora of violations that are not only related to the olive harvest, but also to the Israeli state depriving Palestinians of rights which, elsewhere, are taken for granted. Israel’s presence, as well as the military and the settler population, are the reason why COGAT is attempting to normalise military presence and equate it with providing Palestinians safe access to their land.

Of course, the video attempts to divert attention away from the army’s protection of settlers even as they vandalise Palestinian land and property, and destroy the farmers’ main source of livelihood, one reason why Palestinian agriculture has become militarised. The Palestinian attachment to the land is Israel’s obstacle; settlers contribute to the colonial state’s gradual expansion and, as a result, Palestinian dispossession. Last year, settlers equated Palestinian farming with terrorism; the ultimate disfiguration of agriculture and Palestinians’ presence on their own land.

COGAT released one video lauding a collaboration which fails to explain why military presence is needed in close proximity to Palestinian farmers; there is no mention of settler violence or colonial land theft in the propaganda. Yet settlers leave their traces routinely, operating in full view and with ultimate protection from the Israeli state.

The issue is much larger than the olive harvest; it is land theft which Israel eliminates from its fake narrative. Yet in doing so, it raises the obvious question: why should Palestinians be forced to work alongside a military presence if they are indeed living freely in their own land?