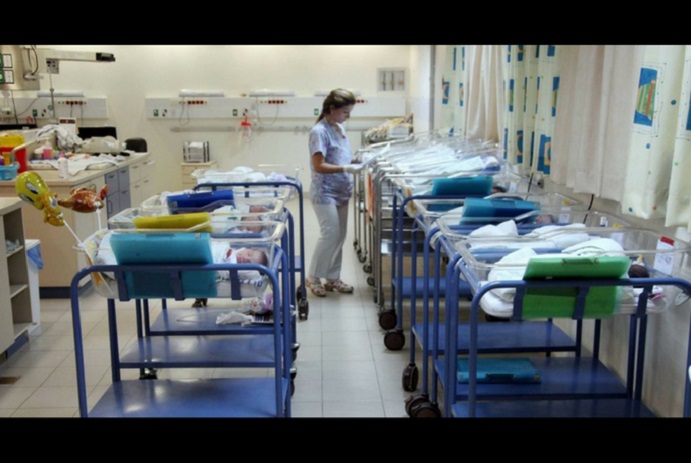 Three Israeli hospitals have admitted for the first time that they segregate Jewish and Arab women giving birth, at the women’s request.

In response to a lawsuit filed against four hospitals, three of them – Hadassah University Hospital on Mount Scopus, Jerusalem, Haemek Hospital in Afula and Soroka Medical Center in Be’er Sheva – have admitted in February that this is their policy, while the Galilee Medical Center in Nahariya, which is also included in the lawsuit, denies it.

Kupat Holim Clalit, the health maintenance organization representing Soroka and Haemek, has told the Jerusalem District Court that separating mothers in labour is part of life in Israel’s reality.

“Not respecting the wishes of mothers for specific placement creates an ‘enforced communal hospital stay’ when both sides are not interested in this. The purpose of their stay is not to create an artificial melting pot.”

“Given the differences between various populations, women often request to be in a room with other women from their own community. Hadassah, where possible, accedes to these requests.”

The hospital says that these requests are most common among ultra-Orthodox women, in an attempt to observe the Sabbath and kashrut laws, as well as modesty and other customs.

Some Arab women also request to be in different rooms. “This is understandable, given the different languages the women speak,” says the hospital.

Haaretz [see below] first reported the lawsuit filed by four Arab women last year. The women included recordings of conversations with hospital staff and demanded 20,000 shekels ($5,500) in compensation for being insulted by the segregation.

In one recording, a nurse is heard supporting the segregation, where there are available rooms.

“If there is pressure, we do mix the women, but try to separate them the next day.”

The lawsuit includes the testimony of a social worker, who had her three children at Mount Scopus. She testified that when giving birth to her third child in 2017, after the segregation was reported, she was put in a room with Arab women only, making her feel “humiliated.”

In Israeli maternity wards, Jewish and Arab segregation is the default

More than a decade after the practice was exposed in investigative reports, Arab women say it has not ended and the Health Ministry turns a blind eye

New evidence from four Israeli hospitals indicates that maternity wards place Jewish and Arab women in separate rooms on their own initiative, not only at the expectant mothers’ request.

“We generally arrange this automatically,” a representative of Haemek Hospital in Afula told a pregnant woman who inquired about the hospital’s policy in a conversation that she recorded.

“We try to arrange separate rooms because the culture and visiting times are really different,” said a nurse in the hospital. “You feel very intensely that there’s one person and there’s a clan. We try, we can’t say 100 percent, but on days that there’s no pressure, we arrange separate accommodations [for people speaking] different languages.”

This and other recordings are part of the testimonies of four Arab women who gave birth and were roomed separately from Jewish women at Hadassah University Hospital, Mt. Scopus in Jerusalem; Haemek in Afula; Nahariya’s Western Galilee Hospital in and Soroka Medical Center in Be’er Sheva. The women filed a class action Wednesday against the long-standing practice, which they call discriminatory.

More than a decade after the practice was exposed in a number of investigative reports, causing a public storm, Arab women say it has not ended and that the Health Ministry continues to turn a blind eye. In the class-action, filed by lawyers Nadav Miara and Gil Ron of Gil Ron Kenan & Co., in cooperation with the Class Action Clinic of the Tel Aviv University law school, the four are demanding that hospitals prohibit such segregation and pay significant compensation to anyone offended by the policy, in the hope that hitting hospitals in their pockets will finally lead to change.

“The subject of segregation in maternity wards has been in the headlines for a long time; it was in the Knesset, it was in the press, it’s not something new,” said Prof. Alon Klement, Israel’s most prominent class-action attorney and the clinic’s academic supervisor.

“The Class Action Clinic spoke with dozens of women to determination the extent of this segregation. Our research showed that things haven’t changed sufficiently, and there is still blatant segregation in the hospitals. We spoke to women who were made to feel terrible by the experience. The four plaintiffs signed on the suit were willing to stand up and represent an entire group because it is so important to them,” Klement said.

He estimates that thousands of Arab women have been segregated from Jewish ones in this fashion over the past seven years (earlier cases are subject to a statute of limitations).

Rana (a pseudonym), a social worker who lives in Jerusalem, had her three children at Hadassah on Mount Scopus. She became aware of the separation policy in 2009, when she gave birth to her second daughter.

“After the birth I was transferred to the maternity ward and was hospitalized in a room with two other Arab mothers,” she recalls in her affidavit. “When one of my roommates was discharged, an Arab woman replaced her, which aroused my suspicions. As I looked through the rooms on the ward, I saw the segregation — Arab mothers were placed separately, not with Jewish mothers.”

When Rana wrote a complaint letter, a nurse came to her room and explained that the separation was done out of “social sensitivity” and was also in the best interests of the Arab women. “I was not convinced,” wrote Rana. “I felt that this was an excuse for racial segregation.”

In the winter of 2017, Rana returned to Hadassah to give birth to her third child. “This time I was also in a room with only Arab women,” she wrote. Each Arab woman who was discharged was replaced by another Arab woman. “I felt humiliated, I was offended,” she concluded.

Two years ago, an investigative report by Israel Radio brought testimonies of segregation at Hadassah and other hospitals. That was when MK Bezalel Smotrich raised a storm when he commented, “My wife is really no racist, but after giving birth she wants rest and not the mass feasts that are common among Arab mothers who give birth.” He added fuel to the fire later when he tweeted, “It’s only natural my wife would not want to lie next to someone who just gave birth to a baby that might murder her baby in another 20 years.”

That this segregation continues as a matter policy was made clear in the research done for the class action, in which women phoned various hospitals and asked about the separation of Arabs and Jews in calls that were recorded. Women also asked these questions during tours of the hospitals. All the hospitals responded that the separation was arranged without anyone needing to ask.

Testimony to this policy at Soroka came not just from Arab women who gave birth there and researchers who inquired, but from Naomi, a Jewish teacher from an area kibbutz who had her three children there. When she gave birth there last month, she was put in a room with another Jewish woman. When that mother was discharged the following morning, she was replaced by an Arab woman.

“Shortly afterward a nurse came over and apologized,” Naomi wrote in her affidavit. “I didn’t understand what the apology was for. The nurse, who was careful to whisper, answered that it was because they’d put ‘her,’ the Arab woman, in the room. She said the department staff did not usually do that and that I had the right to ask to move to another room. The nurse added that the department staff always tried not to put Arab and Jewish women in the same room, but this time there was no choice because this was last available bed in the ward.

“I was shocked and embarrassed. The whole conversation took place with my roommate lying next to me with only a curtain separating us. I knew she spoke Hebrew and I explained to the nurse that there was no reason for the Arab woman to disturb me. We are all brothers and we are all equal.”

When Hana (a pseudonym) had her fourth child at Haemek Hospital in the summer of 2016, she was put in an Arab-only room, as had been the case after the three previous births. This time she asked if she could be moved to a larger room. “My request was accepted, apparently because I’d had a difficult birth,” she wrote in her affidavit. “I got to the room with my husband during the night. The Jewish mother who was in the room heard us speaking Arabic and ran out of the room, demanding in a loud voice not to be in a room with an Arab mother. Unfortunately, this request was accepted. Within a short time, The Jewish woman was moved to a different room. After that only Arab mothers were put in my room. I felt humiliated and offended even more than the other times. I felt like they were treating me like a person from an inferior race.”

Of the four hospitals being sued, only Western Galilee Hospital, in Nahariya, is government-owned. Dunya (a pseudonym) gave birth there hospital in 2011 and in 2014, and both times had to remain in the hospital for more than a week after the delivery. “Both times, throughout my hospitalization, not one Jewish mother was put in the room with me. Women came and went, but all of them were Arabs,” she said.

Nothing has changed since then. Women who called the hospital and recorded the conversations were told the segregation policy was still in effect. “How do you divide the rooms?” asked one woman inquiring about giving birth in the hospital. “Well if you’re asking, there is separation,” said the hospital representative. “If you mean Jewish-Arab, then we don’t put [them] together.”

Then-Health Ministry Director General Roni Gamzu refused to issue written instructions barring such segregation. “I do not intend to issue a circular on this issue. It will be disgraceful and probably do more harm than good,” he wrote to Physicians for Human Rights in 2013. A State comptroller’s report issued last year criticized the Health Ministry for not investigating the issue. In its response to the comptroller, the ministry said that since there hadn’t been any official complaints, “As far as we’re concerned it’s not a phenomenon.”

In 2016, Health Ministry Director General Moshe Bar Siman Tov summoned hospital directors to a meeting on this issue. The hospital directors denied there was an official policy on segregating by religion or nationality. They claimed that if it was happening, it was done at the mothers’ requests out of a desire to please them. They explained that the hospitals compete fiercely for births because they get 13,000 shekels (around $3,600) from the National Insurance institute for each birth and thus seek to satisfy the mothers.

For this report the Health Ministry responded, “The suit has not yet been received, and when it is received it will be studied and we will respond in court, as is customary.”