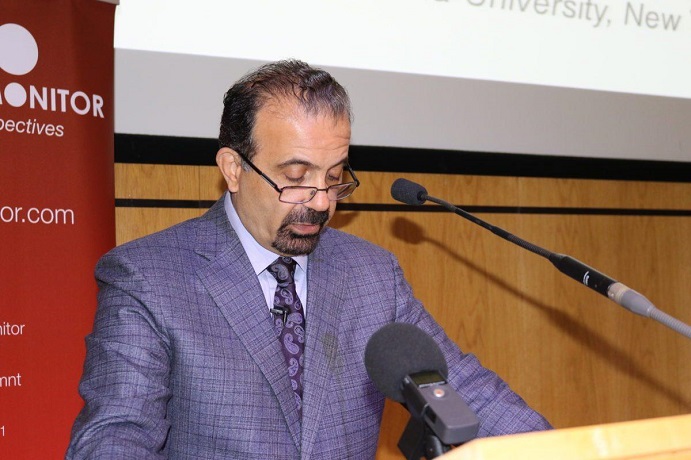 In the wake of its recent elections, some of Israel’s liberal backers have been fretting that the self-described Jewish state is becoming ever less democratic.

“The general celebratory line in Israel and among its Western supporters since its establishment in 1948 – that the country has been able to balance its two important ideals and core principles, namely that it is a Jewish and presumably a universally democratic state – has shifted recently among some to lamenting that it is this balance that was offset by the recent right-wing tilt in the country,” Columbia University professor Joseph Massad told an audience in London last week.

This rightward shift is what has supposedly enabled Israel’s passage of its apartheid-like Nation-State law and the abandonment of its universal democractic identity in favour of an exclusivist Jewish one.

But is this conclusion justified? That’s the question Massad sought to answer in his keynote speech to Middle East Monitor’s 27 April conference focusing on Palestinian citizens of Israel.

In the half-hour talk, which you can watch in the video above, Massad argues that the Zionist movement and the Israeli state have always been implacably hostile to democracy and universal rights.

“Israel and Zionism have not changed nor has their opposition and antipathy to democracy changed at all,” Massad says after examining the record of Zionist racism, ethnic cleansing, military rule and discriminatory legislation over the last century to the present day.

“Rather it is Israel’s ability, and not its desire, just its ability, to change the demography of the country through expulsions that has become more constrained.”

This is a reality that Israel cannot alter whether through encouraging further Jewish settlement or by mass expulsions of Palestinians.

“The Nation-State Law was engineered with this reality in mind, and with Israeli official acknowledgment that Israel’s current situation of having a Jewish demographic minority is a permanent situation that cannot be easily changed,” Massad explains.

“Based on this sober assessment, Israel and its policymakers enshrined articles in the new law to ensure Jewish supremacy in the country regardless of the number of Jews who live there.”

Massad spoke in detail about the Nation-State Law during a panel presentation:

These and other presentations can be viewed at Middle East Monitor’s YouTube channel.