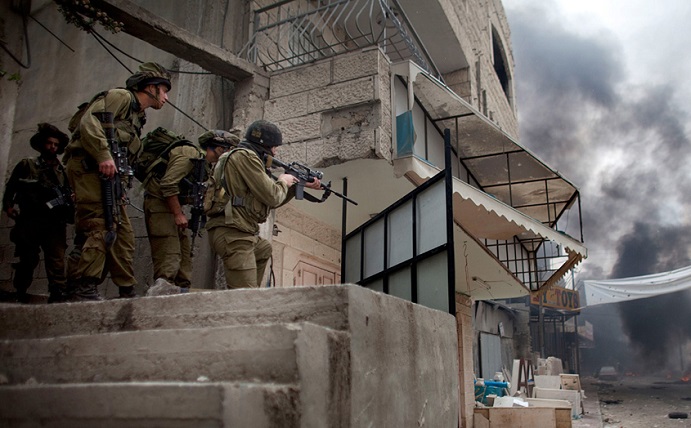 The video footage, which was seen by an Israeli court during a hearing on charges pressed against a native Palestinian for throwing stones and was published by Haaretz, shows one policeman telling his colleague: “It’s really provoking them for nothing. Why do this on purpose? Isn’t it going to cause more problems?”. The other officer answers: “This is our goal!”.

During summer, Israeli forces arrested more than 350 native Palestinians, including 11 in the early morning on Sunday, but charges were pressed only against about ten of them, according to Haaretz.

Locals stated that Israeli raids have been aimed at provoking them and that the police are seeking to spark violence. They also confirmed that there has been no stone throwing in the neighborhood before or during the raids other than at police forces that have entered Isawiyah.

Those same statements were confirmed by Israeli officers in the video footage that was obtained by Haaretz and filmed in April, a few weeks before the police stepped up their enforcement activity in the neighborhood. It was filmed on a body camera worn by one of the policemen patrolling at the time. The video was taken on the neighborhood’s main street, in the vicinity of the main mosque in Isawiyah.

The police officers whose comments were caught on video stood near the mosque for several hours. Repeatedly one or another of the officers is seen raising his weapon as if purportedly aiming it a residents seen in the background. A large number of pedestrians and vehicles passed the policemen but none approached them.

The police officers are heard talking among themselves about the purpose of police operations in Isawiyah. One of them remarked: “This is really provoking them for nothing.” The second police officer is heard agreeing. Later the first policemen said: “Why do this on purpose?” The second one replied: “Our policy is screwed up from the outset.” The first policeman then comments: “Let then live. You’re provoking them here for nothing.”

Later two of the officers are heard discounting the danger posed by stones thrown in the neighborhood. One is heard saying it is not a terrorist attack. “It’s just stones,” he said. “It’s a game for them. They’re not throwing them to cause harm.”

The video was presented during a hearing held at the Jerusalem Magistrate’s Court last week of Isawiyah resident Abdallah Mustafa, who was charged with throwing three stones at police officers on the day the video was filmed. Mustafa’s lawyer from the public defender’s office, Ahmed Awawdeh, stated that the remarks were made by members of the border police.

“We see that there is no operational need here and that the police are entering the neighborhood for the purpose of harassing neighborhood residents, acts that terrify children,”Awawdeh said.

“How can someone stand facing children and pointing a weapon at their body? In a country ruled by law, this deliberate disruption of their lives has to be stopped. How can this be stopped? Through court rulings, through fearless statements by the court,” Awawdeh said.

Israel and Palestine: what has caused violence to flare up again...