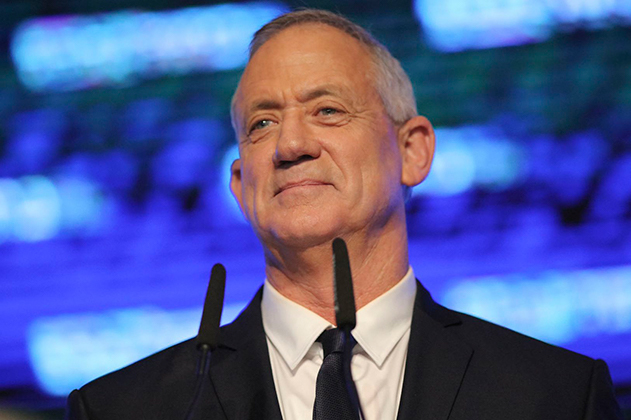 Palestinian Arab voters are simply used as pawns in Israeli politics. The Joint List’s leaders are naive to think any Israeli prime minister will ever address their concerns.

The September 17 do-over Israeli election was all it promised to be—a dramatic showdown between the right and the far-right—as Prime Minister Benjamin Netanyahu fought for his political survival amid serious corruption accusations. Netanyahu fatigue proved to be the main issue in this election round; indeed, there seemed to be few policy differences between Netanyahu’s Likud and Benny Gantz’s Blue and White party. So much so that when Netanyahu announced his plan to de jure annex the West Bank’s Jordan Valley, Blue and White came out with a statement to say that he had stolen the plan from their party.

While Netanyahu and Gantz had it out over who could do worse things to the Palestinians in the 1967 occupied territories, the Joint List, a coalition of the Palestinian Arab Parties inside Israel, has once again gained traction—finishing as the third-largest party in the country. Unfortunately, by backing Gantz for prime minister, they have polarized Palestinians and given Gantz’s party far more than the voters who backed the Joint List.

The last election in April was a catastrophe for the Joint List, which was established in 2015 under the banner “stronger together” and had since crumbled due to a clash of political differences and egos. The turnout among Palestinian citizens of Israel in April hit a record low—just scraping 50 percent. Many analysts regarded this low turnout as a punishment for the collapse of the Joint List. There was also a small but vocal group of activists advocating for the boycott of the elections focusing on the illegitimacy of the Knesset as a colonial body and thus the futility of Palestinian political representation in it.

This time around, the Palestinian Arab parties set aside their differences and once again presented themselves as a united body. They campaigned hard and in particular focused on the local issues that affect most Palestinian communities in Israel, including gun violence and municipal services. But there was another element they focused on: Netanyahu. Palestinian citizens of Israel, like many Jewish Israeli citizens, had reached the end of their tolerance for his 10-year reign.

While other Israeli citizens focused on his corruption charges, Palestinian citizens of Israel showed they’d had enough of his overtly racist rhetoric in addition to provocative government manoeuvres, such as the Nation-State Law, which sought to affirm that Israel is an ethnocracy with lesser rights for its non-Jewish citizens. It is not new for the Israeli government to be overtly racist, but for many Palestinian citizens of Israel Netanyahu was particularly provocative. Indeed, during the election campaign itself, Netanyahu continued to incite against Israel’s Palestinian citizens, even saying on his Facebook page, “The Arabs want to annihilate us all—women, children and men.” Palestinian citizen voter turnout significantly increased (to 60 percent), and the Joint List claimed an impressive 13 out of 120 seats.

Meanwhile, during both election campaigns this year, Gantz was being touted by the international community as a potential hope for peace. His frequent use of the term “secure peace” no doubt helped promote that image, but more important was his strong opposition to Netanyahu, which was subsequently framed as opposition to the prime minister’s aggressive and expansionist policies. Yet taking a cursory glance at Gantz’s positions—the strengthening of settlement blocs, the annexation of the Jordan Valley, and, of course, Israeli sovereignty in both the occupied Syrian Golan and Jerusalem to name a few—makes clear this is not that case. Lest we forget, Gantz also bragged about sending parts of Gaza “back to the Stone Age” in the 2014 war and is also facing a war crimes case in the Netherlands for the Israel Defense Forces’ alleged killing of a family of Dutch Palestinians while he was the IDF’s chief.

Gantz also repeatedly stated, as did all the Jewish Israeli political parties, that he would never form a coalition with “the Arabs” (i.e. the Joint List), who are framed as extremists. Indeed, no Palestinian Arab party has ever been part of a governing coalition in the Israeli Knesset. Only once before has a Palestinian Arab party ever responded to an invitation to give a recommendation for prime minister—that was in 1992, and it was to support Yitzhak Rabin, who was later assassinated by a right-wing Jewish extremist.

Last week, the Joint List’s leader, Ayman Odeh, responded and gave his recommendation on behalf of the party to Gantz. Crucially, one of the political parties within the Joint List, Balad, did not support this recommendation and abstained from backing Gantz. Odeh’s recommendation was quickly followed by a justification in an op-ed in the New York Times where he claimed to want and end to “Netanyahu’s long reign of corruption, lies and fear.”

He also clarified that the recommendation came with the condition that certain demands be met. The demands addressed some of the most essential concerns of Palestinian communities inside Israel, including calling for a freeze on house demolitions, better municipal services, and a serious effort to tackle violence within their communities. It also called for the cancellation of the Nation-State Law that enshrined Jewish supremacy. These are certainly serious issues facing the Palestinian citizens of Israel, but supporting Gantz as prime minister won’t resolve them. Since the very beginning of the State of Israel, its Palestinian citizens have been viewed as a fifth column, and they have been purposely segregated, excluded, and placed under surveillance.

This is why the Joint List’s demands, while meeting some of the immediate needs of Israel’s Palestinian citizens, are a short-term fix for a much larger structural problem. Additionally, there are no guarantees these conditions would be met. It is not wrong to try to improve some of the micro-conditions within a broken system, but such a move has to be weighed against the political cost, which in this case is huge. Not only has the Joint List legitimized a system of marginalization, its members will also be seen as hypocrites by their fellow Palestinians in the West Bank and Gaza, particularly in light of Gantz’s record in Gaza and his Jordan Valley annexation plan.

Supporters of the Joint List argue that they had little choice but to endorse Gantz, particularly in light of how much the Palestinian Arab electorate wanted Netanyahu out. However, that is not entirely true: With no guarantee that their conditions will ever be met, they gave Gantz a lot for very little in return.

It is unclear at this point whether there will be a national unity government that incorporates Likud, Blue and White, and Avigdor Lieberman’s Yisrael Beiteinu party or a third round of elections. But what it is crystal clear is that, yet again, there will not be a whisper of Palestinian Arab inclusion or genuine consideration of their demands.

Today, the Palestinian citizens of Israel make up 20 percent of the population, yet the Knesset has made it quite clear that it is not a space for them, and only a nominal and symbolic presence will be tolerated. This is a system that is designed for the exclusion of non-Jews, no matter how many seats are won. The Palestinian political representatives inside Israel need to come up with a new strategy that not only addresses the needs of the local communities but also does not betray the West Bank and Gaza. A united front in the face of exclusion, annexation, and displacement is the only hope that Palestinians have.

I won’t cut the baby in half, Bennett declares– and the...

Has Britain drafted a law to protect Israel’s weapons makers ?

PA security cooperation with Israel helps everyone except Palestinians

Fifteen years of Gaza blockade: Open the doors of our prison...

Palestine: Authorities have failed to ensure accountability for the killing of...