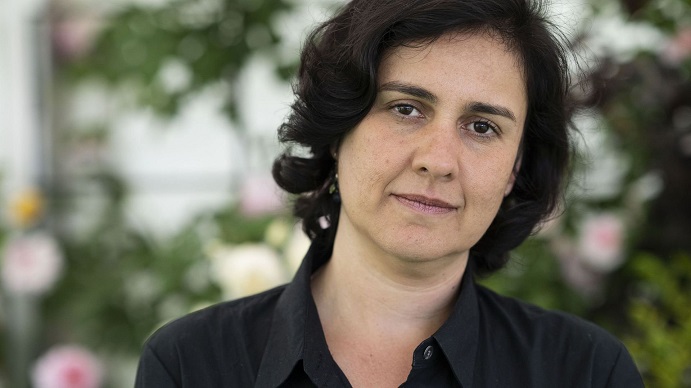 A city in northwest Germany rescinded an award from novelist Kamila Shamsie because of her support for BDS – the boycott, divestment and sanctions movement for Palestinian rights.

The eight-member jury of the Nelly Sachs Prize, along with the city of Dortmund which funds the award, announced their reversal on 18 September.

“The members of the jury were not aware that the author has been a member, has participated in and continues to participate in the boycott of the Israeli government over its Palestinian policy since 2014,” the city announced.

Dortmund said that Shamsie’s boycott of Israel is “in clear contradiction of the goals and spirit of the Nelly Sachs Prize,” such as “reconciliation among peoples and cultures.”

The statement claimed that the boycott movement “hits the entire society of Israel,” and thus “the work of Kamila Shamsie is withheld from the Israeli population.”

Dortmund’s statement made no mention of how millions of Palestinians are deprived of their rights to education, culture and contact with and travel to the outside world by Israel’s decades of military occupation – especially the ongoing 12-year blockade of Gaza.

“It is a matter of great sadness to me that a jury should bow to pressure and withdraw a prize from a writer who is exercising her freedom of conscience and freedom of expression,” Shamsie stated.

“And it is a matter of outrage that the BDS movement (modeled on the South African boycott) that campaigns against the government of Israel for its acts of discrimination and brutality against Palestinians should be held up as something shameful and unjust.”

The BDS movement explicitly opposes all forms of bigotry, including anti-Semitism and Islamophobia.

Shamsie is the author of many novels. Her book Home Fire was longlisted for the 2017 Booker Prize and won the Women’s Prize for Fiction in 2018.

She was chosen as the winner of the Dortmund award on 6 September, before bloggers from the Ruhrbarone website accused her of anti-Semitism and charged the jury with promoting “the destruction of Israel.”

Ruhrbarone pointed to Shamsie’s refusal last year to be published by an Israeli publisher.

“I do not want to cross the picket line formed by Palestinian civil society, which has asked everyone who wants to change the situation to not cooperate with organizations that are in any way complicit with the Israeli state,” she said at the time.

Ruhrbarone previously called for genocide against Palestinians in a now-deleted tweet.

Earlier this year, a German festival disinvited American rapper Talib Kweli because of his support for BDS.

Kweli’s performance was canceled after bloggers from Ruhrbarone urged organizers from the Open Source Festival to do so.

After Ruhrbarone’s recent attacks, Shamsie reaffirmed her support of the BDS movement.

The city of Dortmund then said it was reconsidering her prize.

Palestinians have condemned the decision to withdraw Shamsie’s award.

“German cultural and public institutions continue to isolate themselves by censoring anti-racist artists,” PACBI, the Palestinian Campaign for the Academic and Cultural Boycott of Israel, stated.

Artists, writers and musicians have offered words of solidarity with Shamsie.

The resolution calls for withholding public funding from organizations that support the boycott or call into question Israel’s claimed “right to exist.”

Though nonbinding, the resolution fuels a McCarthyite anti-Palestinian atmosphere among Germany’s media and elites.

Yet earlier this month, a court ordered the western city of Bonn to admit a German Palestinian group to the annual Bonn Culture and Encounter Festival.

The German-Palestinian Women’s Association filed a lawsuit against the city for excluding the group over its support for BDS.

The Cologne court ruled that neither the city’s opposition to BDS nor the Bundestag resolution “constitute legislative acts, but are political resolutions or expressions of political will.”

“These motions alone cannot justify, from any legal perspective, the restriction of an existing legal right,” the court ruled, according to PACBI.

The German-Palestinian Society and the Palestinian Community of Bonn also sued the city and are awaiting the court’s ruling.

Tamara Nassar is an assistant editor at The Electronic Intifada