Home nieuws In rebuff to Trump, Palestinian businesses call for freedom, not cash 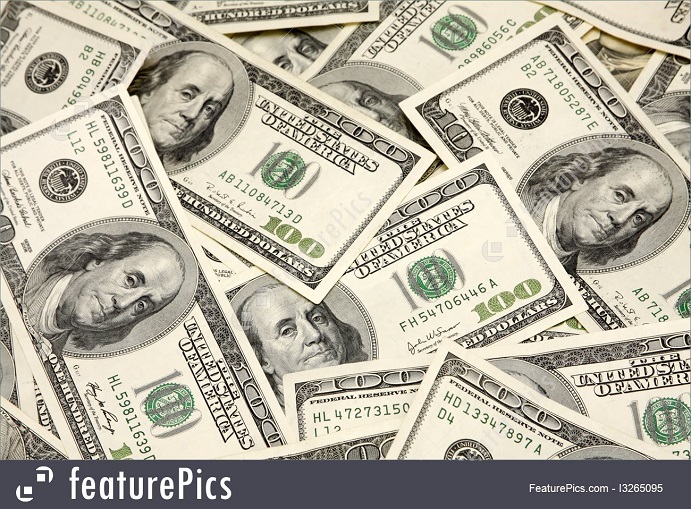 RAMALLAH (Reuters) – Palestinian businessmen boycotting the Trump administration’s Bahrain workshop designed to encourage investment in the territories say only a diplomatic path to statehood can end decades of conflict with Israel.

The United States has billed the June 25-26 gathering in the Gulf kingdom as an economic overture to its long-delayed Israeli-Palestinian peace plan, widely referred to as President Donald Trump’s “deal of the century”.

But Israeli government officials have not been invited. Palestinian leaders – and the vast majority of its business community – are shunning the conference spearheaded by Trump’s son-in-law, Jared Kushner.

While details of the Trump peace plan are still sketchy, Palestinians worry it will jettison the two-state solution – the long-standing international formula which envisages an independent Palestinian state in the West Bank, east Jerusalem and Gaza co-existing with Israel.

Tahboub, managing director of ASAL Technologies, echoes arguments made by other members of the Palestinian business community in the West Bank and Gaza – territory Israel captured in the 1967 Middle East War and where Palestinians want to build a future state.

Tahboub says his company’s growth has lagged due to Israeli restrictions. “I have 350 engineers because I don’t have a state, right now. If I was in Romania or Ukraine, it’d be 3,500.”

The Western-backed Palestinian Authority has exercised limited self-rule in the West Bank since the Oslo interim peace deals of the 1990s, with economic relations between Israel and the Palestinians governed by the Paris Protocol of 1994.

Palestinians hoped the Oslo arrangements would lead to full statehood one day, but it never happened, with both sides blaming each other.

The West Bank remains under Israeli occupation, scattered with Israeli settlements and military bases and sealed off by checkpoints and a razor wire and concrete barrier.

The Israeli government cites security considerations for the restrictions it and Egypt impose on Gaza, whose Islamist rulers Hamas refuse to recognize Israel’s right to exist.

The Palestinian Authority’s heartland is the West Bank, which at 15 times the size of Gaza is the engine of the Palestinian economy.

But the World Bank says close to a quarter of Palestinians live in poverty and that the Palestinian economy grew by just 1% in 2018, with a 7% contraction in Gaza.

Unemployment in the Palestinian territories reached 31 percent last year, with the jobless rate standing at 52 percent in Gaza, the World Bank says.

Palestinians blame huge cuts in U.S. aid under the Trump administration and Israel’s decision to withhold tax remittances because of a political dispute for bringing the Palestinian Authority’s finances to the brink of collapse.

Israeli analysts say a drop in foreign aid is primarily to blame for the Palestinians’ economic woes, as donors lose faith in the prospects for peace and shift their efforts to other crisis areas.

“The Palestinians grew accustomed to relying on international aid, which continued to flow so long as there was some chance of a diplomatic accord with Israel,” said Oded Eran, a senior research fellow with the Institute for National Security Studies at Tel Aviv University.

At least one Palestinian, Ashraf Jabari, a businessman from the West Bank city of Hebron who has close ties to Israeli settler groups, is expected to attend the conference.

Jabari told Reuters he seeks “complete participation between Israeli and Palestinian businessmen in Judea and Samaria”, using the biblical term for the West Bank favoured by many Israelis.

Jabari co-founded a trade group to boost business between Palestinians and Israeli settlers and the Trump administration has praised him for what it calls his open-minded approach.

But the overwhelming majority of the Palestinian business community has backed the leadership’s refusal to attend Bahrain, saying the Trump plan repeats past mistakes by putting economic peace before resolving underlying political issues.

Ammar Aker, a telecom executive, said only political negotiations can sort out high-level issues such as cellular frequency distribution, which Israel controls.

He said Israel has 4G mobile services but Palestinian mobile operators in the West Bank can only offer a 3G service while in Gaza they are restricted to slow 2G networks.

“We cannot launch any service unless we get the approval of Israeli authorities, when it comes to frequency, to equipment imports,” said Aker, CEO of Paltel, the Palestinian private sector’s largest employer.

“They want Wi-Fi, they want 3G to provide customers with their services but unfortunately we don’t have it in Gaza,” Shurrab said.

With Palestinian leaders boycotting the Bahrain conference and Arab states backing their political demands, analysts are pessimistic about the gathering.

“(The Palestinian cause) hasn’t receded so far that the Arab leaders feel like they could betray the Palestinians on Jerusalem or refugees or any of the core Palestinian issues without suffering blowback.”

Trump’s advisers have slammed Palestinian leaders for boycotting the conference.

“The Palestinian leadership portrays participation in the workshop as treasonous. That is preposterous,” Trump’s Middle East Envoy Jason Greenblatt wrote in an op-ed for CNN.

“Supporters of this workshop want only the best for the Palestinians and the region.”

Washington has said Egypt and Jordan, which have been key players in Middle East peace efforts, have agreed to attend though Palestinians have urged them to reconsider. Qatar, Morocco, Saudi Arabia and the United Arab Emirates are also expected to take part in the workshop.

“If anybody wants to solve the Palestinian problem, they have to solve it through ending occupation, (and) the establishment of a Palestinian state,” Palestinian Prime Minister Mohammad Shtayyeh told Reuters.

Some analysts say a years-long feud between Palestinian President Mahmoud Abbas’s dominant Fatah party and rival Hamas has contributed to the economic malaise.

Palestinian officials concede that disunity has weakened their hand, but reject the notion they are wholly responsible for their economic challenges – blaming Israel’s treatment of Palestinians too.

Nabil Shaath, a veteran advisor to Abbas and Oslo negotiator, said: “I occupy other people’s land, I take their resources, I kill them, I put them in my jails, because they deserve it … Typical racist, supremacist language.”

He said Oslo had succeeded in nurturing a nascent Palestinian economy, but it was never allowed to come to full fruition by Israel, which he says has always been backed by U.S. administrations.

Those painful experiences have left Palestinians with little faith in renewed promises of infrastructure and development, Shaath said.

“You don’t expect much from Mr Trump as the liberator of the Palestinian economy.”

The limits of ‘human rights’ discourse in Palestine

Gaza reconstruction to start soon amid fears donors will not fulfil...

A night with Palestine’s defenders of the mountain

The UN’s scrutiny of Israel deflects from its complicity in its...

TIME 100 list: For Muna and Mohammed al-Kurd, nomination is encouraging...

Was Sabra and Shatila a genocide ?