Speculation over the White House’s “Middle East peace plan” continues to dominate media coverage of Israel and the Palestinians, the latest example coming with the announcement of a Bahrain-hosted “workshop” in June to encourage investment in the Palestinian economy.

With the exception of the Gaza Strip, however – and then only partially and selectively – minimal attention is being paid to developments on the ground in the occupied Palestinian territories.

Across the West Bank and East Jerusalem, the paradigm of military occupation alone is insufficient to understanding what is taking place – namely, ethnic cleansing.

The recently-observed Nakba Day prompted – in some quarters at least – reflection on the mass expulsions and atrocities that accompanied the establishment of the State of Israel. But ethnic cleansing is not a historical exception in Palestine; it is happening today.

In a 1994 essay on identifying ethnic cleansing, legal scholar Drazen Petrovic stressed “the existence of an elaborate policy underlying individual events”, events, or practises, that can include various “administrative measures”, as well as violence on the ground by state and non-state actors.

The aim, Petrovic wrote, could be defined “as an irreversible change of the demographic structure” of a particular area, and “achieving a more favourable position for a particular ethnic group in ensuing political negotiations based on the logic of division along ethnic lines”.

This is an apt description of what is taking place today across the the occupied Palestinian territories, at the hands of Israeli state forces and Israeli settlers.

In multiple locations, state and settlers are working together to forcibly transform – through “administrative measures” and violence – local demographics.

Take the Jordan Valley, running down the West Bank’s eastern flank, where Palestinian families are being routinely and repeatedly forced to evacuate their homes, sometimes for days at a time, for military training exercises by Israeli occupation forces. 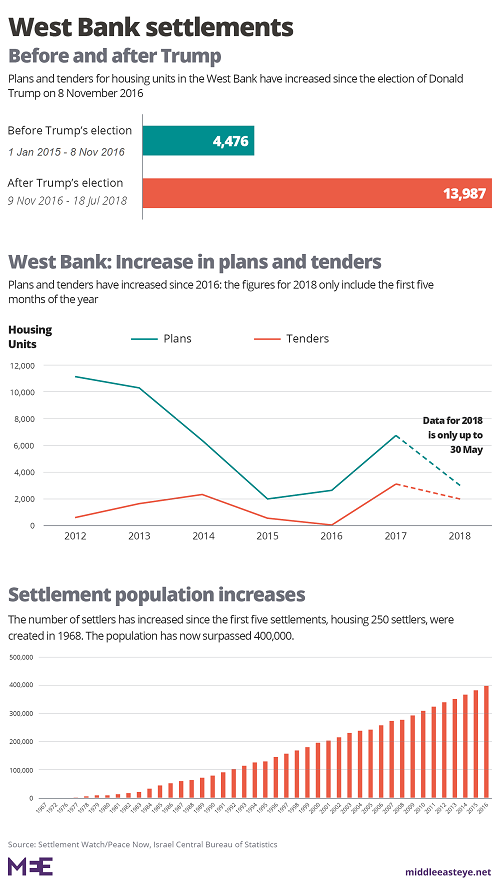 According to a report in Haaretz, residents of Humsa – to take one example – have been forcibly evacuated from their homes dozens of times in the last few years. “Although they return each time”, the piece noted, “some of them are exhausted and abandon their homes for good”.

In April 2014, an Israeli colonel told a Knesset committee meeting that in areas of the Jordan Valley “where we significantly reduced the amount of training, weeds have grown” – referring to Palestinian communities. “This is something that should be taken into consideration,” he said.

A resident of Khirbet Humsa al-Fawqa – a small community in the northern Jordan Valley – told Middle East Eye recently: “I don’t know whether they are actually carrying out a military drill. Sometimes they evict us and do nothing. They aim to coerce us into leaving the area for good”.

Meanwhile, Israeli human rights NGO B’Tselem reported earlier this month on an “upsurge in the frequency and severity of attacks by settlers” against Palestinians in the Jordan Valley.

The settlers “threaten shepherds, chase them, physically assault them, drive headlong into the flocks to scatter the sheep, and even run over or steal sheep,” B’Tselem stated, adding that “soldiers are usually present during these attacks and sometimes even take part”.

Such attacks, B’Tselem said, “are no isolated incidents, but rather part of the policy Israel has been implementing in the Jordan Valley.”

The goal “is to take over as much land as possible, while getting Palestinians to leave, which it achieves via various measures, including making the reality of living there so untenable and disheartening that Palestinians have no choice but to leave their homes, ostensibly ‘by choice’”.

That reality, the NGO summarised, is “made up of coordinated attacks by soldiers and settlers”, as well as “a sweeping ban on the development of the Palestinian communities, construction, and the establishment of vital infrastructures, including water, electricity, and roads”.

Palestinian communities in the Jordan Valley are just some of those threatened by Israel’s policy of ethnic cleansing. Other examples can be found in Palestinian neighbourhoods of occupied East Jerusalem like Sheikh Jarrah and Silwan.

Facts on the ground

On 3 May, Jamie McGoldrick, the UN’s humanitarian coordinator in Palestine, warned that demolitions in East Jerusalem by the Israeli authorities had “increased at a staggering pace”, with 111 Palestinian-owned structures destroyed in East Jerusalem during the first four months of 2019.

In these Palestinian communities, the Israeli state, judiciary and settler organisations are all part of the efforts to expel – and replace – Palestinian families.

Last November, Israel’s Supreme Court “paved the way for the settler group Ateret Cohanim to continue legal proceedings to evict at least 700 Palestinians living in the Batn al-Hawa area” of Silwan. The NGO Ir Amim says evictions are central to “a rapid uptake in new facts on the ground”.

By any reasonable definition of the term, Israel is carrying out ethnic cleansing here: the use of administrative measures and violence by state forces and settlers to remove Palestinians from their lands and ultimately to carry out an irreversible demographic transformation of various locations.

Thus, the Israeli government – long accustomed to an absence of international accountability for such practices – will be only too happy not merely with the content of the US “peace plan”, but with the useful distraction it provides from the horrific reality behind yet more “facts on the ground”.

Ben White is the author of ‘Israeli Apartheid: A Beginner’s Guide’ and ‘Palestinians in Israel: Segregation, Discrimination and Democracy’. He is a writer for Middle East Monitor, and his articles have been published by Al Jazeera, al-Araby, Huffington Post, The Electronic Intifada, The Guardian, and more.

How Israel tried to put Gaza out of business

Israel court to decide on displacement of 4 Palestine families from...

Will Israel’s Bennett be worse than Netanyahu for Palestinians ?

Open letter to European Commission in anticipation of strategy on combating...