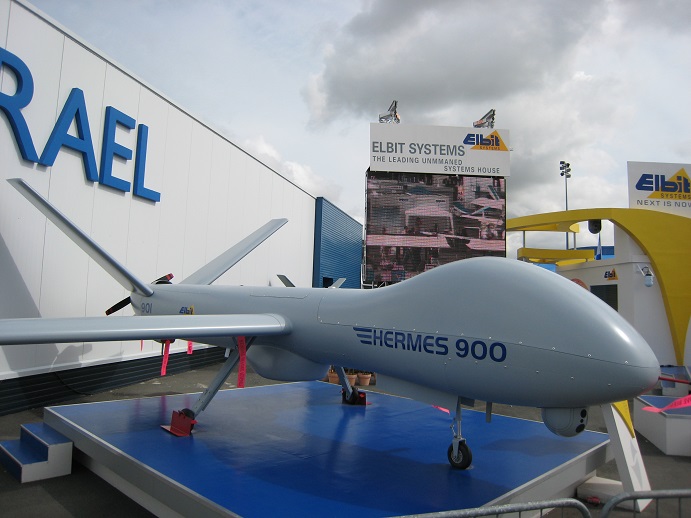 More than 150 European academics and researchers are demanding an end to EU funding of Israeli weapons firms under the guise of supporting research.

In a letter to European Union foreign policy chief Federica Mogherini and research chief Carlos Moedas on Tuesday, the researchers decry how funds are granted to Israeli arms makers such as Elbit Systems and Israel Aerospace Industries, “the producers of lethal drones that were used in the Gaza military assaults against civilians, together with numerous academic institutions that have close ties with Israeli military industry.”

“We appeal to the European Union to impose a comprehensive military embargo on Israel, as long as Israel continues to blatantly violate human rights,” the researchers add.

“We are deeply disturbed that public funds contributed by European taxpayers are channelled to a country that not only disregards human rights but also uses the most advanced knowledge and technology for the very violation of human rights.”

The researchers note that Israel continues to enjoy an “exceptionally privileged status in dealing with Europe” despite how Israel perpetrates war crimes against Palestinians that are well documented and “widely condemned by the international community.”

Their call adds to the voices of members of the European Parliament, other academics, European trade unions, political parties and human rights organizations that have over years stated their objections to Israeli participation in EU-funded research programs or called for an arms embargo on Israel.

Last week 19 scientists, many from the European Union, joined the American Nobel Prize winner George P. Smith, to call for a boycott of an international physics competition being held in Tel Aviv next month.

The European Union has channelled more than $800 million to Israeli researchers, largely through its Horizon 2020 funding program.

Much of this money goes to Israel’s war industry including Elbit Systems, one of Israel’s major weapons firms that manufactures internationally banned cluster bombs.

Recently, the EU expanded a loan guarantee program with Bank Leumi, one of Israel’s most prolific builders of settlements on occupied Palestinian land, to direct even more money to military-linked firms.

Israeli arms companies develop weapons by using them against the occupied and captive Palestinian population, then market them around the world as “battle proven.”

The European researchers assert that “knowledge and innovation should serve progress in humanity and society, not to develop dual use or military research of a country that has a record history of grave human rights violations.”

“This is not compatible with the values Europe upholds,” they add.

Yet European Union officials continue to ignore the waves of protests against complicity in Israel’s crimes.

They also gathered Tuesday in Tel Aviv to celebrate the Horizon 2020 program.

Israel and Palestine: what has caused violence to flare up again...