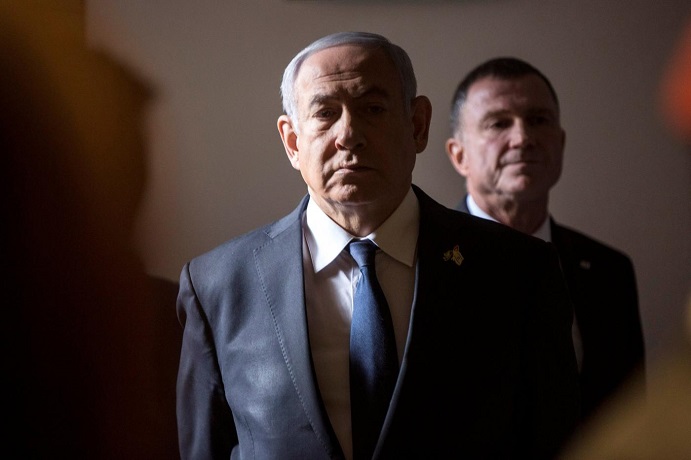 The endgame is to wear away hope until nothing but acceptance of Israel’s total and complete victory feels possible.

I was a student at An-Najah University in the West Bank in 1999 when I was arrested at an Israeli checkpoint for not having a residency permit. During the court case that ensued, the Israeli judge told me that when it came to my punishment, I had a choice: prison or the cemetery.

He was not using the word “cemetery” literally. He meant exile to the Gaza Strip, from where I had come. Isreal’s policies, I realised then, were intentionally designed to turn Gaza into a huge, living graveyard, a cemetery.

The 52-year occupation, decade-long siege, and repeated attacks on Gaza are meant to drum this reality into Palestinians in the occupied territories and beyond.

The recent Israeli military escalation in Gaza had the same logic, even if the motivations were different. While Israel did not diverge in its degree of force or its targets, including civilian women and children, the political machinations behind it were specific to the moment.

Recently re-elected Israeli Prime Minister Benjamin Netanyahu is looking to form a coalition that will keep him in power until the end of his term.

Netanyahu used the escalation to show his far-right coalition partners his determination and ability to subdue Gaza.

Former defence minister Avigdor Lieberman, after all, resigned in November 2018 in protest against what he claimed was a weak Israeli response to Hamas rocket fire.

Lieberman rejected the truce that Egypt had brokered and demanded a draconian change in policy. Hence, the recent directives of the Israeli political-military cabinet led by Netanyahu, to intensify strikes against Gaza, are an implied invitation to Lieberman and his bloc to join Likud and its coalition once again.

Netanyahu’s recent attack on Gaza also involves maintaining a division among Palestinians in the occupied territories, in particular the separation between the West Bank and Gaza Strip.

Israel’s periodic attacks on Gaza are designed to weaken and embarrass Hamas, but not dislodge it from power, ensuring that the Fatah-Hamas rivalry remains.

In the West Bank, Netanyahu is pursuing a policy of steady annexation with US and Arab support. He also wants to maintain a weak Palestinian Authority (PA) under Fatah that continues security coordination with Israel so that the direct costs of Israel’s occupation are subsidised by foreign donors.

Moreover, Netanyahu wants a Palestinian negotiating partner that he can easily dismiss as unwilling to accept peace on Israel’s terms and unable to implement any agreement.

As such, it is in Israel’s interest that Hamas stays in power in Gaza and the PA continues in the West Bank, provided that both parties remain on the brink of an abyss and unable to overcome their predicament.

Indeed, Netanyahu declared during the election that he would continue to sustain this division by preventing Gaza from returning to the PA at all costs. Essentially, he desires a stability through which he can control Palestinian land and people and continue to convince a toothless international community that occupation and violence against Palestinians is necessary for Israeli security.

In this fashion he can achieve his goal of perpetuating the occupation without taking responsibility.

Instead, local powers will bear the blame for the persistent lack of peace, while he devotes himself to expanding normalisation with Arab states without the obstacle of the Palestinian cause.

The spirit of defeat

In the long term, Netanyahu aims to engender a spirit of defeat in Palestinians. This will be achieved by wearing Palestinians down in both Gaza and the West Bank through continued excessive force and a multitude of “disciplinary” measures, such as closed borders and checkpoints, segregated roads, home demolitions, collective punishment, and assassinations.

His ideal result: for Palestinians to give up and recognise Israel’s victory, a strategy that American historian Daniel Pipes has dubbed “the victory caucus”.

Israel’s goal is to uproot Gaza from its national context and isolate it in particularly dire living conditions, thereby subjugating the people of the besieged enclave while also communicating to Palestinians everywhere that struggle and resistance are futile.

Furthermore, if Israel can subjugate Gaza with little or no international criticism, especially from the US, then it can do the same in the West Bank. In the West Bank, the right-wing settler movement is essential to the success of this strategy.

The settlers believe Israel has a historical and religious right to the occupied territory, despite generations of Palestinians living on that land, and they have support from the Trump administration.

All the while, the UN promotes compensatory discourse, such as UN Special Coordinator for the Middle East Peace Process Nickolay Mladenov’s constant warnings against Gaza’s worsening situation.

Such discourse implicitly shows the UN’s failure to counter Israeli policies and practices, as well as a renunciation of international responsibility to recognise and advocate for Palestinian rights.

The recent escalation, like all previous ones, was subdued, but the calm will not last. Netanyahu will rekindle the Gaza front whenever his policies require it, whether to preserve his government coalition or perpetuate division between the West Bank and Gaza in the event of a potential Palestinian rapprochement.

Challenging this cycle of violence and death requires genuine Palestinian reconciliation that empowers the Palestinian people and reinforces their existence on their land.

This should involve all factions coming together to draft a national agenda capable of defying the occupation and resisting Israel’s attempts to oppress and subdue Palestinians.

The agenda should express the demand for the right to a decent life – an outcome that is only possible with the end of the siege and military occupation of Palestinian land and the Palestinian people.

Talal Ahmad Abu Rokbeh is a Palestinian political researcher based in Gaza and a policy analyst with Al-Shabaka, The Palestinian Policy Network. He holds a master’s degree in political science from Al-Azhar University in Gaza, and is the managing editor of Tasamoh (Tolerance) Magazine.