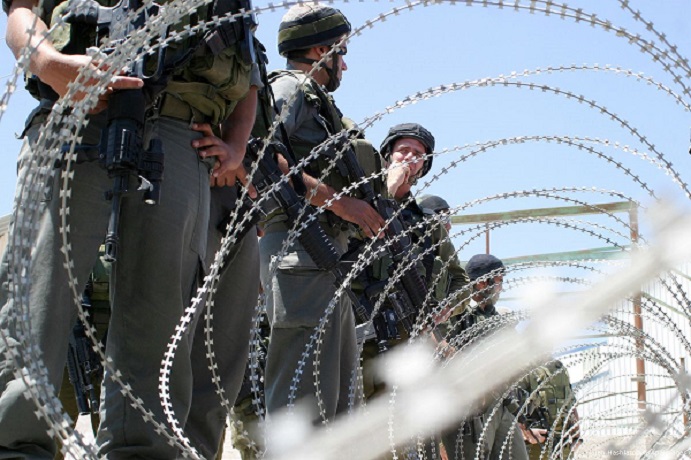 Palestinians and Israelis are still surprised by the recent guerrilla operation that took place in the town of Ya’bad, on the outskirts of Jenin in the northern part of the West Bank. During the operation, an Israeli soldier from the elite Golani Brigade was killed when a young Palestinian threw a large stone at him, killing him instantly.

The element of surprise among Palestinians and Israelis was that the weapon used in the operation that killed an Israeli soldier was a stone, and not a gun, a rifle, an explosive device or a Molotov cocktail. It was a stone, the oldest weapon known to Palestinians. It is easy to use and cannot be seized or confiscated in confrontation with the most advanced and modern weapons that Israel possesses in the 21st century.

In recent history, stones have been the primary weapon for Palestinians in the West Bank, symbolising the irreversible persistence in resisting the occupation, regardless of the difference in the balance of powers.

Stones are the first weapons of the successive uprisings, and the most common and widespread among the Palestinians, thanks to their unrestricted availability, rendering them a military, political and security predicament for Israel.

In light of the arbitrary security policy pursued by the Israeli occupation and the Palestinian Authority (PA) against the resistance in the West Bank, and the intrusive confiscation of all types of weapons, there is no longer other means but stones for Palestinians to prevent the Israeli army from continuing to suppress them, kill them and confiscate their lands.

The Palestinians adopted the use of stones throughout their years of resistance to the occupation, to the extent that they became the main focus of Israeli officials. Resistance was the most famous way of using stones, as they were collected and prepared in every neighbourhood, street, alley, home and rooftop.

The use of stones has far-reaching goals and is a certain indication that the Palestinian people have risen and taken initiative once again, comprehending all lessons of the previous struggle experiences, armed with this type of primitive weapon, and their innovative methods of struggle. This is an affirmation of their ability to continue and grow and a revolutionary fact on the ground, allowing it to impose a new reality on the course of the conflict with the Israeli occupation.

Going back three decades, during the uprising of the first Palestinian Intifada, which has been ranked amongst the modern world revolutions and known as the “stone-throwing revolution”, no rebels before it believed that stones could confront the army besieging the Palestinians with its tanks, canons and gunfire.

It was natural and expected that the approach of the Palestinian resistance would evolve during these three decades, and while the resistance in Gaza turned into what appeared as a regular, trained army equipped with locally-manufactured weapons, it did not develop in the same way in the West Bank, due to Israel and the PA’s measures against any action in this direction.

All this made stones the most famous weapon in the West Bank with its multiple uses, especially in clashes during the tumultuous demonstrations with the occupation. This gave stones an important advantage and they became effective tools for hurling at the army forces and its military machines. Stones were also used to erect barriers, block roads and build mounds and barricades.

The recent operation in Jenin was not out of context in the West Bank. A few years ago, the Palestinian masses there used stones extensively against the military convoys and mechanisms, foot patrols and settler centres. The prominent operations in which stones were used as a main tool increased, and the statistics that the Israeli military spokesman usually issued recorded a steady rise in the use of stones during confrontations with the army forces.

The use of stones does not require training sessions or awareness-raising sessions, and the Palestinian resistance can throw them and then withdraw, ensuring their safety. Stones do not require a central organisation or strong leadership. When they are used creatively, they deprive the Israelis of considering what is happening in the West Bank as a state of war, which would allow the army to adopt various forms of combat, foremost of which are heavy artillery.

The Palestinian resistance in the West Bank succeeded, with its use of stones, to cost the Israeli occupation its strategic advantage in the lightning war, which suits it. The occupation’s military ideology is based on advanced technology, and striking military force that leads to a military victory that gives the occupation a sense of security for years.

The most important element in the usage of stones is that the Palestinian people under occupation suffer from a fundamental weakness of an imbalance of power. This may have forced the resistance to fight its battle with the occupation through unarmed popular resistance. This is a combination of its daily resistance in the form of positive struggle, represented by the constant and daily attacks of the uprisers and the use of primitive tools and methods in fighting, to pull the rug from under the feet of the occupier.

The use of stones in the West Bank also took several forms in camps and populated neighbourhoods, with narrow and twisted alleys, especially in refugee camps in the West Bank. Such forms included the use of stones by the public, directly by hand against soldiers and settlers and their means of transportation, camps and buildings, and throwing large stones from rooftops to kill a major commander or soldier from the occupation army or settlers, as was the case in the recent Ya’bad operation.

The resistance in the West Bank realised that the Israeli tank was not designed to fight a Palestinian boy or young man raising a stone to it, and that they derive their endless strength and courage from the public, armed with strong and firm national will and with moral weapons. This has cost the occupation any conceivable effectiveness of its superior material weapon. Stones played a significant role in shocking the world as they watched the Palestinians confronting the occupation soldiers and their military jeeps with their rocks.

Thus the Palestinians, especially in the West Bank, who suffer from a severe shortage of firearms, concluded that stones as weapons require no supplies, no ammunition deals, no supply lines, no external support, nor international relations. The roads and hills are filled with rocks in the West Bank, the resistance fighters only need to extend their hand to pick them up and throw them towards their occupiers. This type of spontaneous war cannot be controlled, stopped or escalated, which has given it wings to fly high, far and freely, despite the occupation’s possession of a deadly arsenal including nuclear weapons, planes and missiles. However, they are all helpless in front of young Palestinians throwing stones at Israeli convoys and their soldiers.

A stone is a stone, but in the hands of the resistance fighters in the West Bank, they have turned into powerful projectile. Anyone observing the state of the occupation soldiers can certainly sense the fear and terror they feel as they are being struck by them. This is a sample of the lessons learned from the recent Ya’bad operation and may it inspire future operations to come.