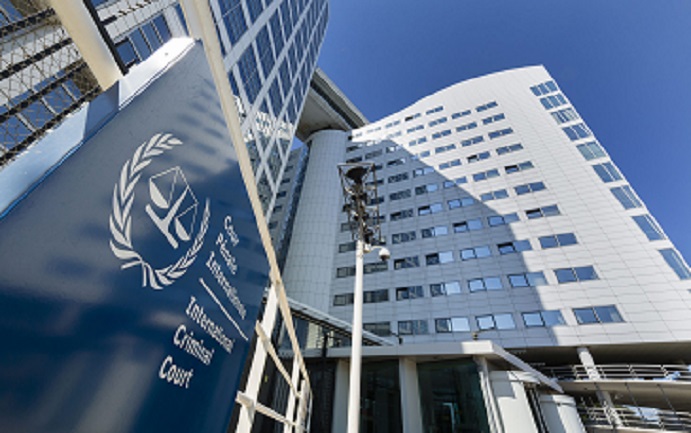 A new executive order would impose sanctions and travel restrictions on staff of the International Criminal Court.

Human rights advocates quickly condemned President Donald Trump’s executive order on the ICC, which escalated a long-standing feud between Washington and the international body. Legal experts said the language of the order is overly broad and raises the question whether other organizations that work with the ICC could theoretically be targeted by U.S. sanctions under its authority.

“The executive order as written is highly problematic,” said Rob Berschinski, a former State Department official under the Obama administration now with Human Rights First, an advocacy organization. “Among other things, it appears to put foreign persons within human rights organizations at risk of sanctions, if those persons have conducted research and reporting on alleged criminal activity by U.S. or allied forces that is used to ‘assist’ an ICC investigation.”

Trump announced sanctions on ICC officials after the Netherlands-based organization greenlit investigations into allegations of rape and torture by U.S. soldiers serving in Afghanistan and at CIA interrogation sites. Senior administration officials bashed the court’s investigation as unjustified and egged on by U.S. foreign adversaries, while suggesting the ICC is riven with mismanagement and corruption.

“The ICC’s effort to target American servicemen and women and other public servants are unfounded, illegitimate, and make a mockery of justice,” National Security Advisor Robert O’Brien said in a statement given before press alongside Secretary of State Mike Pompeo, Secretary of Defense Mark Esper, and Attorney General Bill Barr. All took turns at the podium rebuking the ICC.

“We are concerned that foreign powers, like Russia, are also manipulating the ICC in pursuit of their own agenda,” said Barr. The Justice Department received “substantial, credible information that raises serious concerns about a long history of financial corruption and malfeasance at the highest levels of the office of the prosecutor,” he said. None of the senior officials gave immediate specific examples to back up their allegations, and none took questions from the press after making their statements.

Human rights advocates said the administration’s decision diminished American standing on rule of law globally and undercut U.S. efforts to bring war criminals to justice in places like Myanmar, where the state has sanctioned a genocide against its Rohingya Muslim minorities. “When we’re trying to support accountability in Myanmar, and the ICC is looking at that situation and has asserted jurisdiction over that, how do we then turn around and sanction the very individuals who are doing what we praised in the past?” said Beth Van Schaack, a Stanford University law professor and former State Department official who worked on war crimes prevention.

Legal experts also rebuked the president for levying sanctions against staff of an international institution that are normally applied to war criminals and autocrats. “We’re talking about sanctioning people who are international civil servants who are carrying out the mandate of an international organization into which [123] states are party to,” said David Kaye, a professor of law at University of California Irvine and the U.N. special rapporteur on freedom of expression.

Unlike many of its allies around the world, the United States is not a party to the Rome Statute that created the ICC, and both Republican and Democratic administrations in the past have criticized the body. Afghanistan is a party to the statute, meaning crimes committed in Afghanistan could fall under ICC jurisdiction.

Esper said that U.S. troops are already subject to a stringent legal system, and the United States will handle any wrongdoing on the part of its personnel through the U.S. military and civilian justice system. “Rest assured that the men and women of the United States Armed Forces will never appear before the ICC—nor will they ever be subjected to the judgments of unaccountable international bodies,” he said.

But some military law experts struggled to see how the ICC would be able to target U.S. troops. While the probe’s scope includes the alleged torture of Afghans by American forces and the CIA, the world body has yet to announce a tangible case that would implicate Americans.

“While the ICC Appeals Chamber recently ruled that war crimes committed in Afghanistan are subject to ICC jurisdiction, at this time I don’t reasonably foresee an instance where the U.S. would ever consent to ICC jurisdiction for war crimes allegations against U.S. service members,” said Mark Nevitt, a professor at the U.S. Naval Academy and a retired Navy judge advocate general. “This [executive order] might be a little bit of a solution in search of a problem, but it does highlight the president’s enormously powerful emergency powers that he has at his disposal. Congress should consider updating the [National Emergencies Act] or [International Emergency Economic Powers Act] to reflect their comfort level in delegating such authorities to the president,” he said, referring to the two emergency authorities Trump invoked on Thursday to pursue sanctions against the ICC.

Other experts say it’s too soon to tell how the executive order will be carried out, particularly in an administration with a penchant for firing off “shoot first, ask questions later” executive orders that are later watered down or rescinded following further legal scrutiny. “A part of it will be how the U.S. chooses to follow through with this,” said Akila Radhakrishnan, a human rights lawyer and the head of the New York-based advocacy organization Global Justice Center. “There’s a lot of announcements the administration makes, and then there’s only a deep and careful unwinding it actually means and how it could be done afterward.”

Both Republicans and Democrats in the Senate have sought to curb the White House’s broad emergency authorities, which Trump has used to divert billions of dollars in federal funds to build a wall on the southern U.S. border and threaten tariff hikes against Mexico, money that Congress had denied. Republican Sen. Mike Lee floated the so-called “Article One Act” last year that would force executive-invoked emergencies to expire within a month unless extended by Congress, amid worries that the moves are diminishing Congress’s role as a coequal branch of government. As it stands, Congress can’t void Trump-declared emergencies without veto-proof supermajorities in both houses.

Cases against American troops and spies for suspected abuses could be handled by the U.S. justice system, experts told Foreign Policy, but U.S. courts have yet to try any cases over the CIA’s so-called rendition program established during the George W. Bush administration after the 9/11 attacks. Under this program, 119 terrorism suspects were held by the U.S.

The program later became the target of a Senate probe, but the debate over rendition and torture has re-emerged in the four years since Trump first ran for president, defending the use of waterboarding in the 2016 Republican debates and tapping Gina Haspel as CIA chief despite her role in running an agency black site where such interrogation techniques were used.

“There are totally valid reasons to criticize the [ICC] probe, because there is a functioning American justice system,” said Scott Anderson, a visiting fellow at the Brookings Institution and a former State Department attorney-advisor.

But Anderson, who served at the U.S. Embassy in Baghdad under President Barack Obama, added that since Afghanistan chose to join the ICC in 2003, the legal scrutiny is part of the cost of doing business for American troops. “Afghanistan chose to join the ICC,” he said. “The Americans have continued to operate there. That’s a sovereignty entity, and that’s the bargain that the United States struck.”

While U.S. animus toward the ICC has shot up during the Trump administration, it long predates the 45th U.S. president. Leading up to the 2003 U.S. invasion of Iraq, in 2002 Congress passed the American Service Members Protection Act that would allow the Pentagon to send in active-duty American troops into Holland to rescue their fellow service members if they were detained at The Hague. The law, which was signed by then-President George W. Bush, remains on the books and has earned the nickname “Hague Invasion Act” from international law experts.

Jerusalem prepares for the worst ahead of Israeli far-right march

58% of children in Jerusalem live in poverty, report reveals

Why is Al-Jazeera taking killed journalist case to the ICC ?

40 Islamic institutions call to unify Friday sermon ahead of Israel’s...

Israeli police crackdown on Palestinians ahead of ‘provocative’ far-right march

Israel exploits the Palestinian trauma of the Nakba

Israel warns Palestinian factions not to respond to Flag March

Israeli commanders warn of repercussions of the ‘Flag March’

How the Western media missed the story of Shireen Abu Akleh’s...