Home nieuws A moment of truth for Israel-Palestine 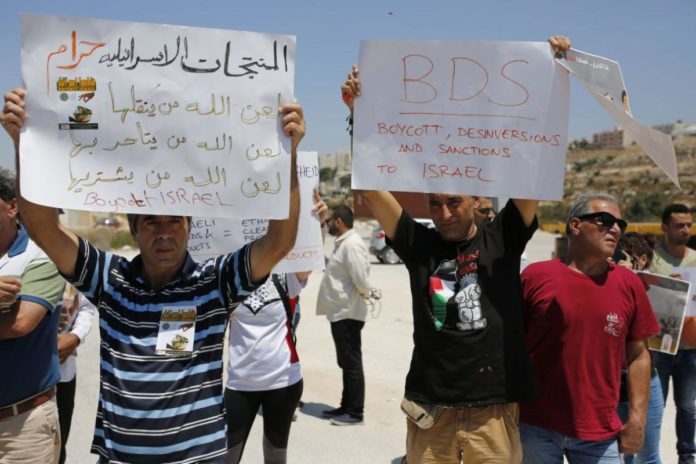 The story and logic behind Israel’s ‘annexation government’.

The formation of an “annexation government” in Israel is no surprise. It has been a long time coming.

Establishing direct Israeli control over most or all of what it calls “Judea and Samaria”, ie, the illegally occupied Palestinian West Bank, has long been the wet dream of the Zionist right.

After a century of unabated settlement expansion, half a century of military occupation and a quarter of a century of a dubious peace process, annexation marks a new stage in the evolution of Zionism.

The question is when, not if, Israel will formalise the reality of its expansion and what may be the implications for the Palestinians and peace in the region.

Short drama: From rivals to partners

Benjamin (Benny) Gantz’s u-turn from being Benjamin (Bibi) Netanyahu’s chief political nemesis to his main governing partner was quite shocking to his partners in the Blue and White alliance.

Interestingly, Netanyahu made the same claim back in 2008, when he called on Ehud Olmert to resign after his indictment on corruption. Olmert did resign and ended up in prison, and Netanyahu became prime minister for a second time.

Gantz, on the other hand, did not stand by his word. He succumbed to his opponent’s political machinations, shifting from “anyone but Netanyahu” to “no one but Netanyahu” in a matter of weeks and ultimately serving the cunning incumbent a fifth term on a silver platter.

The answer lies in what happened between January and April this year.

The Benjamins go to Washington

It all started with the invitation to go to Washington delivered personally by US Vice President Mike Pence which both Bibi and Benny wholeheartedly accepted.

Bibi, with the full support of the Trump family and administration, used the occasion to upstage his rival.

By announcing their “deal of the century” at a White House ceremony with much fanfare, he and Trump  boxed in Benny, politically and strategically.

Not only was the former general in no position to rebuff Trump’s overtures, but he also had no reason to do so.

He faced the leader of the most powerful country in the world, Israel’s own patron saint and guardian angel, enthusiastically supporting a “Greater Israel” with full control over all of historic Palestine.

Remember, while on average two-thirds of the people surveyed in 32 countries disapproved of Trump in a Pew poll published in January, a head-turning 71 percent of Israelis have confidence in him.

Who was Benny to oppose him?

The March elections confirmed the new US “Jewish state” consensus. Despite his indictment, Netanyahu renewed his majority among Israeli Jewish voters, leaving Gantz dependent on the support of Arab parliamentarians to form a government.

The outbreak of the coronavirus pandemic sealed the deal. Netanyahu swiftly imposed a national emergency and called on Gantz, the loyal soldier, to form an emergency government to lead the country through the crisis.

Gantz acquiesced, but his partners rejected the deal, accusing him of deceit. This led to the break-up of his Blue and White coalition, leaving the general relatively exposed.

Netanyahu, the consummate politician outmanoeuvred Gantz, the political rookie, and struck a deal to lead the government in its first 18 months.

Considering the many ambiguities in their agreement, Netanyahu is sure to outstay his term.

He did not even wait for the new government to be formed before declaring on May 4 victory against COVID-19 with a particularly low death toll of 235. This is despite the fact that, just a few weeks earlier, the prime minister made claims that tens of thousands of Israelis would die, to scare the public and rally support for a unity government.

In a country where quite a few generals have become politicians, Gantz may prove the most gullible of them all. He is now seen as Netanyahu’s “bodyguard“, a useful idiot, lending military credibility to the indicted prime minister’s cynical political calculus.

He helped Netanyahu amend Israel’s basic law in parliament and ensure his premiership is not contested in the future.

And the rest, as they say, is history.

But history is paramount to understanding the ideological and strategic logic behind the annexation.

Contrary to conventional wisdom and diplomatic newspeak, there has long been an Israeli consensus on permanently holding onto Jerusalem, parts of the West Bank and the Jordan River, come what may.

It is a consensus that dates back to at least the late 1960s and deepened with the rise of the right in the late 1970s. Everything Israel has done since then, especially its strategic settlement expansion, enforced this consensus, and nothing it proposed or signed ever compromised it.

It is a consensus that encompasses the ideological, security and theological beliefs of most Israelis.

The fact that the ever-shrinking centre-left Labour party is eager to join Netanyahu’s “annexation government” is a testimony to the depth of this consensus. Indeed, even the two major secular opposition parties – Yesh Atid and Yisrael Beiteinu, would have joined the “annexation government”, if it were not for Netanyahu and his partnership with the religious parties.

Israeli politicians may have differed on how to maintain Israel’s control of Palestinian lands, de facto or through formal annexation, but not on the principle.

Most preferred the earlier option until the circumstances are ripe.

Even Netanyahu has avoided formal annexation until it became a useful slogan to garner the support of the radical right to win a fifth term.

However, Trump’s support may have now settled the issue for Netanyahu and the Israeli establishment, turning the slogan into actionable policy.

Well, unless the US president changes his mind again.

Meanwhile, the new Trump boost may help Netanyahu secure his other objectives.

Personally, such a move, coupled with the US recognition of Israel’s annexation of Jerusalem and the Syrian Golan Heights, will further cement his own legacy as the founder of a Greater Israel.

After 14 years in power, he has already surpassed Israel’s founder, David Ben Gurion, in terms of years served as prime minister.

Politically, the “looming annexation” may help him downplay the “looming trial” and strengthen his position on the right.

Strategically, Netanyahu and his backers in the Trump administration reckon the geopolitical environment is ripe to make the move towards annexation.

The Palestinian and Arab leaders are weak, divided and ever more dependent on Washington.

And the rest of the world, especially the Europeans, who made their opposition heard, are too preoccupied with the pandemic to resist, let alone prevent such an Israeli move.

So now the question becomes, when exactly?

The coalition agreement stipulates that Netanyahu could present the annexation plan to the Knesset from July onwards. It may be timed before or after the Republican convention that will nominate Trump for a second term.

This confirms the claim made by Trump’s ambassador to Israel, David Friedman, that the US is ready to recognise the annexation in a few weeks’ time.

A long-time Trump lawyer and confidant, Friedman is one of the main architects of the plan and is presently overseeing the mapping of prospective annexation of up to 30 percent of the West Bank.

Meanwhile, Trump’s Secretary of State Mike Pompeo, who claimed the annexation is “an Israeli decision”, is expected in Israel this week, and may suggest first reaching out to the Palestinians on the basis of the Trump plan, which the administration claims, rather falsely, is a fair, win-win plan for both sides.

Although the Palestinians have already rejected the plan categorically, deeming it an assault on Palestinians’ national rights, the annexation will still happen, sooner or later.

The Palestinians’ moment of truth

Needless to say, the annexation of the occupied Palestinian territories is illegal and illegitimate. The UN Security Council minus the US, which has veto power, and the UN General Assembly are also unanimously opposed to it.

Even many of Israel’s own friends on the left and more than a few on the right oppose it.

But since might is right in the Trump-Netanyahu era, powerful Israel will do whatever it wants and the international community can puff all it wants.

This is especially true for the huffing-n-puffing Palestinian leaders, who may feel aggrieved, but seem increasingly delusional, especially in Israel’s eyes.

Their tired warnings against “the end of the peace process” and “the end of security coordination” are met with utter scorn and ridicule in Israel.

Likewise, their tepid warning of abandoning the two-state in favour of a one-state solution, as if these are off the shelf options, is indeed ridiculous.

It is high time for them to say and do something else, something serious and more effective.

And to mean what they say.

Perhaps I could attempt the beginning of an answer in the coming days.

Marwan Bishara is the senior political analyst at Al-Jazeera.