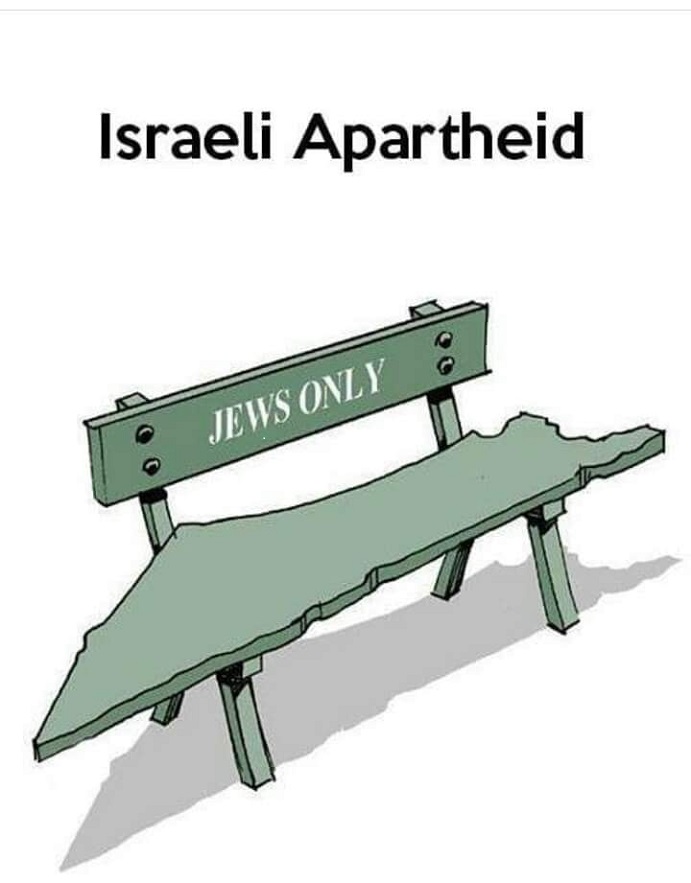 As Amnesty International issues a landmark report on Israeli apartheid, it’s time for Americans to demand accountability, not complicity, from their government.

Even before the official release, the Israeli government was vilifying and slandering Amnesty in a desperate attempt to torpedo the damning report. Israeli Foreign Minister Yair Lapid summarized the strategic concern that is haunting his government: “Calling Israel an apartheid state was a slowly creeping trend for a very long time, and in 2022, it will be a real threat.”

Lapid is right about this tipping-point moment. And yet, while the report may be a game changer given Amnesty’s size and influence, its main conclusion is no surprise. The United Nations, as well as Palestinian and South African leaders and human rights groups, have said the same thing for years. Last year, Israel’s leading human rights organization, B’Tselem, published a report titled, “A regime of Jewish supremacy from the Jordan River to the Mediterranean Sea: This is apartheid,” which was followed by Human Rights Watch’s report accusing Israel of perpetrating the crimes against humanity of apartheid and persecution.

Why does the growing consensus calling a regime of racial supremacy and domination by its proper legal term rattle the Israeli establishment so much? Because apartheid is a crime against humanity.

This means we all must play a role in dismantling this oppressive system by challenging all forms of complicity in maintaining it. Crucially, we not only know how to do so—we’re already doing so.

We write as a Palestinian living under and challenging Israeli apartheid, and as an American Jew who has spent decades fighting it. We are both active in the Palestinian-led, nonviolent, and inclusive Boycott, Divestment and Sanctions (BDS) movement, which has played a leading role since its launch in 2005 in raising awareness about Israeli apartheid and effectively advocating for targeted, lawful sanctions to dismantle it—the very same tactics used against apartheid South Africa. This advocacy has gained significant traction since 2020, in the aftermath of Israel’s plans to officially annex major swaths of the occupied Palestinian territory.

In its report, Amnesty rightly addresses the responsibility of states that buttress Israel’s apartheid regime “by supplying it with arms, equipment and other tools to perpetrate crimes under international law and by providing diplomatic cover, including at the UN Security Council, to shield it from accountability.” No state is as complicit in enabling, arming, funding, and shielding Israeli apartheid as the United States, with its annual military funding of $3.8 billion and countless vetoes at the United Nations to prevent holding Israel accountable for its grave violations of Palestinian rights.

As the late South African anti-apartheid hero Desmond Tutu once said, the US places Israel “on a pedestal,” above censure and accountability. The BDS movement is campaigning to remove Israel from this pedestal so that it can be judged and treated according to the same universal principles of human rights and international law that apply elsewhere. As taxpayers who fund 20 percent of the Israeli military budget and whose elected officials have secured Israeli impunity for decades on end, Americans have the opportunity and obligation to refuse this business as usual, and to demand accountability rather than complicity.

We know for a fact that a growing portion of Americans want to do exactly that. A plurality of Americans, including the majority of Democrats, support sanctions or stronger action against Israel over its illegal settlements. Meanwhile, an increasing number of Jewish Americans share this conviction. In 2021, a survey of the Jewish Electoral Institute showed that a quarter of Jewish Americans believed that Israel is an apartheid state while nearly 60 percent supported restricting aid to Israel such that it can’t be used to expand settlements.

In the last year, we witnessed unprecedented global solidarity with Palestinians asserting their right to freedom, justice, and equality and struggling against Israel’s policy of violent dispossession in occupied East Jerusalem and the Al-Naqab (Negev desert), as well as its siege and brutal assault on Gaza. Support for BDS as the most meaningful form of this solidarity has grown considerably as well.

Thousands of cultural workers, including musicians, academics, and filmmakers, support the institutional academic and cultural boycott of Israel. Economic activism has led major corporations to abandon projects that are implicated in Israel’s system of oppression against Palestinians. Mainline US churches and massive sovereign funds in Europe are divesting from companies that benefit from Israel’s occupation.

And all this was before Amnesty’s report.

Ultimately, Israel’s wrath at Amnesty for daring to release its study reflects that it now sees the same writing on the wall that Palestinians and the many millions worldwide who support their inherent right to freedom, justice, and equality have seen for years: Israel’s South Africa moment is nearing.

Omar Barghouti is a Palestinian human rights defender and cofounder of the Boycott, Divestment, and Sanctions (BDS) movement for Palestinian rights.

Stefanie Fox is Executive Director of Jewish Voice for Peace.

Bennett struggles to deal with mounting political and security crises

Refusing to take yes for an answer

PA accused of being ‘a police state’ over its detention of...

[15 years blockade] Gaza Strip: Meet the children who have spent...