Home Nieuws The return of Palestinian refugees is quite possible 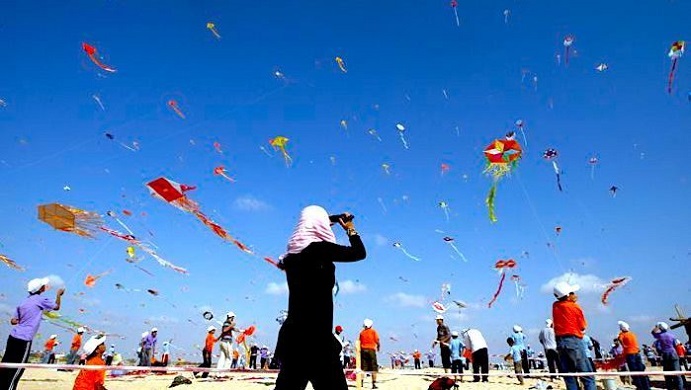 …despite what Israel may claim.

Еvery year, a day after Israel marks its independence day on May 14, we commemorate with sadness and nostalgia the Nakba of 1948. The events of that year changed the Palestinian lot for generations to come, transforming them from a people living peacefully and comfortably off of the fruits of their land to refugees struggling in misery in overcrowded camps, forced to depend on charity for their daily bread.

Every year, in our communities we count how many elderly Palestinians who witnessed the Nakba are left. Although their numbers shrink with every passing Nakba day, the memory of what happened seven decades ago is kept alive. The keys to the homes from which they were forcefully expelled are passed on to us, the younger generation, as we continue the struggle for the return of all Palestinian refugees.

Meanwhile, Israel continues to do everything it can not to abide by international law and implement the United Nations resolution 194 of 1948, which stipulates the rightful return of all Palestinians to their homes. It continues to imprison millions of Palestinians behind walls in the West Bank and Gaza Strip and keep the Palestinian minority within its borders under an apartheid regime.

It also continues to propagate myths and false claims in order to justify flaunting international law and continuing the victimisation of Palestinians.

Israel says Palestine was a land without people.

But the census the British conducted shortly after they took control of Palestine in 1920 showed that it had a population of more than 750,000, only 11 percent of whom were Jewish.

Paradoxically, Israel also says that Palestinians left “voluntarily” in 1948 (meaning there must have been a native population that had to “leave”).

Yet, as Israeli historians like Ilan Pappe have demonstrated in their research, the ethnic cleansing of Palestine was very well planned and executed by Zionist leaders. Clear instructions were given to Jewish militias to use terror, bombardment of villages, burning and demolishing residential areas, and booby-trapping evacuated homes to force people out and prevent their return.

The campaign of mass ethnic cleansing continued over seven months and resulted in the expulsion of 800,000 Palestinians to nearby countries, the destruction of 531 villages and the depopulation of 11 urban neighbourhoods. In the words of Pappe, it was a crime against humanity.

Israel also claims that there is a new reality today and that the ownership rights of Palestinian refugees to their homes and their land have disappeared after 70 years.

But the passing of time does not and cannot cancel liability for a crime against humanity and absolve its perpetrators. What is right is right and what is wrong is wrong. And just like the Israeli state is a fait accompli, so is the right of more than six million Palestinian refugees to return, based on official legal documents produced by the UN under whose legal framework and recognition the Israeli state was created in the first place.

Israel also claims that it was created to provide “safe haven” to Jews and the return of Palestinian refugees would endanger them and result in a massacre.

We do not deny that Jews have the right to live in safety, but why should the solution to a tragedy they faced produce a tragedy for another people? The establishing of this “safe haven”, the way it was done in 1948 and ever since, has resulted in mass ethnic cleansing and incremental genocide of Palestinians. The Palestinian people have faced one massacre after another over the past seven decades and as a result, they have no “safe haven” of their own.

And with all Palestinians that Israel has killed over time, with all weapons it has accumulated, all walls it has built, and all repressive policies it has implemented, has it become more safe and secure? Security built on death and oppression is an illusion; true security for Israeli Jews will not be achieved until there is justice for Palestinians.

Our struggle is against occupation and apartheid, and not for the oppression and ethnic cleansing of Israeli Jews. As we continue to resist Israeli attempts to wipe us all out of our homeland, we do not wish to see Israeli Jews being wiped out either.

Israel also claims that Palestinians do not want peace.

Yet its leadership has officially declared its intention to seize all Palestinian land west of the Jordan River and has repeatedly demonstrated that it is using peace negotiations only to further entrench the occupation and make the return of Palestinians impossible. This strategy is not an aberration or a policy of the Israeli right only, but rather the direct continuation of the path taken by the Zionist movement since it was established – it is the path of ethnic cleansing of the native population and expansion of settler colonialism.

At this point, the only viable way forward that does not involve further violence and ethnic cleansing on either side is to re-arrange the current relationship between Palestinians and Israeli Jews on the basis of justice and equality as opposed to discrimination and dispossession.

Part of this solution has to be the return of Palestinian refugees, which is neither an outlandish idea nor a dangerous one. In fact, it is quite realistic. Demographic studies indicate that more than 80 percent of the land Palestinian refugees were ethnically cleansed from is either empty or has very low population density, as the majority of the Israeli population is concentrated in large cities.

There is enough land for all and with the cancellation of discriminatory policies that favour Jewish settlers, equal distribution of resources can be achieved.

Israel already has in place a law that allows Jews to immigrate and settle on its territory. It only makes sense that it would extend that policy to all Palestinian refugees to come back to their homes.

All this comes down to a choice Israeli Jews have to make – to continue living in unstable and insecure apartheid state or to embrace real stability and security by ending injustice and establishing equality and peace for all. We, Palestinians, have already made ours: We will continue to struggle for our rights and our freedom until the day we are able to stand at the doorstep of our ancestral homes with a key in hand.

And in this struggle we are not alone. We are backed by all those who believe in and advocate justice and humanity across the world. 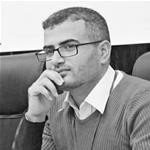 Ahmed Abu Artema is a Palestinian journalist and a peace activist