Home nieuws Will there be a Hamas-Israel prisoner exchange? 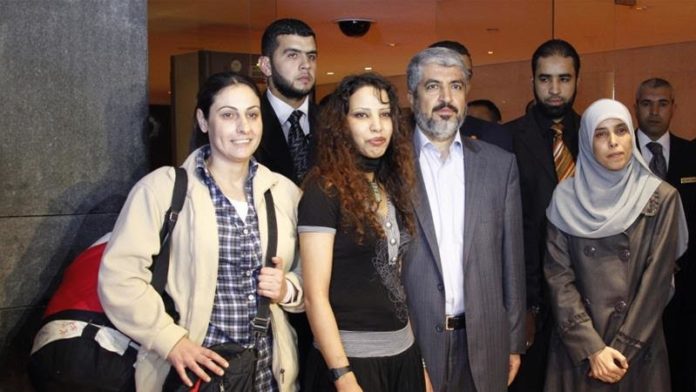 Both Hamas and Benjamin Netanyahu need the political capital that such a deal would bring them.

Over the past few weeks, there has been increasing talk of a new prisoner swap deal between Hamas and Israel. The initiative comes at a time when both sides are concerned that their prisoners might contract COVID-19 in detention facilities.

On April 1, Israel’s Defence Minister Naftali Bennett suggested to reporters that Israel could provide humanitarian relief to Gaza in exchange for “recovery of the fallen”. He was referring to Hadar Golden and Shaul Aaron, two Israeli soldiers who went missing in the strip during the 2014 war. The Israeli army insists they have been killed and demands the return of their remains; Hamas maintains they are still alive and wants the release of Palestinian prisoners in exchange for freeing them.

Israel is also interested in repatriating Avraham Mengistu, an Israeli citizen of Ethiopian descent, and Hisham al-Sayed, a Palestinian with Israeli citizenship, both of whom are said to have crossed into Gaza under bizarre circumstances while reportedly suffering from mental illness; Hamas has referred to both as Israeli soldiers.

A day after Bennett’s statement, Yahya Sinwar, Hamas’s leader in Gaza, said the resistance movement might make “partial concessions” on this matter in exchange for the release of Palestinian prisoners in Israeli prisons, namely the sick and the elderly. This is perhaps the first time that Hamas has announced this level of flexibility regarding the Israeli prisoners it holds. Previously it had always insisted that Israel first sets free all high-profile Palestinian prisoners it rearrested after releasing them following the 2011 Gilat Shalit prisoner exchange – something Israel has refused to do.

On April 7, Israel’s Prime Minister Benjamin Netanyahu issued a statement calling on Yaron Blum, the official in charge of the issue of prisoners, to initiate contact with mediators to discuss how to move forward with a possible prisoner exchange.

By mid-April, reports started appearing in the Arab and Israeli press, claiming Egypt has started mediation, forwarding proposals between the two sides.

Although the details of these early discussions are still unclear, it seems both sides are more serious about this initiative than previous ones.

Israel realises that the healthcare system in Gaza, which is under the control of Hamas, is at its worst, raising the possibility that its prisoners’ lives might be at risk if they contract the disease. Hamas is also concerned about Palestinian prisoners in Israeli prisons following the announcement that some Israeli prison guards, as well as Palestinian prisoners released by Israel in the West Bank, tested positive for COVID-19.

But even if the coronavirus outbreak is brought under control, as the Palestinians and Israelis hope, talks of a prisoner swap deal will likely continue because the issue of Israeli prisoners is of major importance to some circles of Israeli decision-makers. Hamas has been reminding Israelis from time to time of their prisoners, putting pressure on the Israeli leadership.

The movement has signalled that it may publish a short video or other proof that the two Israeli soldiers are alive. Such a development, if it takes place, will represent a turning point that will shock the Israeli public.

Hamas ultimately wants the swap deal to happen in two stages – the first one will likely involve Hisham al-Sayed and Avraham Mengistu in return for basic humanitarian assistance. The second stage would see the release of Hadar Golden and Shaul Aaron in exchange for Palestinian prisoners, including high-profile ones, members of Hamas and other Palestinian factions.

Given the sensitivity of this demand, striking a deal for these two prisoners will take more time. It would be difficult for Israel, especially under Netanyahu’s leadership, to fulfil these demands because he does not want to be seen as conceding to Hamas by releasing high-profile prisoners twice.

The prisoner exchange talks should be seen within the larger efforts of the past few years to establish some kind of a ceasefire between the two sides. In fact, it is possible a ceasefire might be included in the provisions of the deal.

This, of course, does not mean there will be a major change in Israeli-Hamas relations. It only shows that such a deal has become politically expedient for both sides.

For Netanyahu, this is the ideal time to push for a deal. Under the new unity government, he, as a prime minister, would be able to reap the political benefit of bringing Israeli captives home and at the same time would be cushioned from any potential fallout or negative public reaction by the presence of his main opponents in the ruling coalition – the Blue and White alliance with its two popular retired generals Benny Gantz and Gabi Ashkenazi.

At the same time, Netanyahu probably hopes that a potential ceasefire in Gaza would help push through his plan for the annexation of parts of the West Bank without major popular disturbances among the Palestinians in the strip.

Hamas, too, stands to benefit from a deal. It has held the Israelis for nearly six years now and given the deteriorating humanitarian situation in the strip, the time has come for it to play this political card in order to alleviate the suffering of Palestinians in Gaza. The release of a large number of Palestinian prisoners would increase its popularity among Palestinians at the expense of the Palestinian Authority (PA), which has failed to secure such a concession from Israel over the past quarter of a century.

However, Hamas is unlikely to agree to a ceasefire which would involve it holding back popular protests against the annexation. Such a move would amount to political suicide and the movement has already indicated it will openly resist any move to annex Palestinian territories.

If the announcement of Israel’s illegal annexation of the West Bank is made, it may temporarily interrupt negotiations on the prisoner exchange, but it is unlikely to completely kill the initiative. Both sides appear quite serious about it and both need the political capital that would come with a successful prisoner exchange.