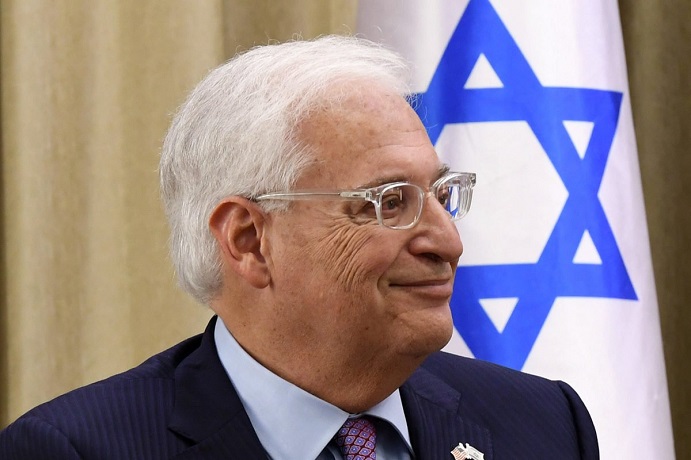 US Ambassador to Israel David Friedman has confirmed that the US is ready to recognise 30 per cent of Israel’s annexation of the occupied Palestinian West Bank, Israel Hayom reported.

In an interview published on Friday, Friedman announced that the Israeli Prime Minister Benjamin Netanyahu must negotiate with Palestinian Authority (PA) President Mahmoud Abbas over the establishment of a Palestinian state in 70 per cent of the occupied West Bank, and the US will recognise Israel’s annexation of the other 30 per cent.

“There’s really three things left that have to get done,” Friedman expressed, stating that: “The mapping has to get done. The [Israeli] government has to agree to the freeze on half of Area C, and most importantly, the government of Israel has to declare sovereignty.”

He stressed: “We are not declaring sovereignty – the government of Israel has to declare sovereignty. And then we’re prepared to recognise it… So, you have to go first.”

Regarding the reason as to why Israel has to take the lead, he explained: “The primary task belongs to the Israeli side because they’re the ones that have to come up with what’s best for the state of Israel.”

On the issue of timing, he added: “We’re talking and listening, and everyone understands that come July, certainly, people on the Israeli side, want to be ready to go on 1 July.”