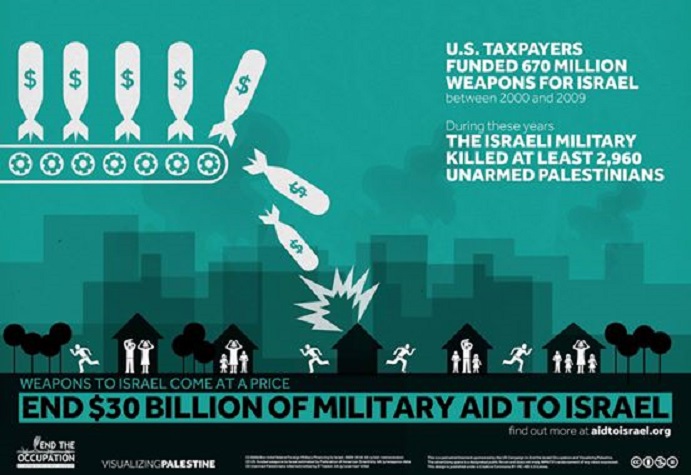 American Democrats voted overwhelmingly against a draft resolution which would restrict US military aid to Israel, reports revealed yesterday.

The draft resolution also condemned Israeli settlements, which have been labelled illegal by the UN Security Council.

The committee rejected the addition of the term “occupation” and refused to condition aid to Israel should the occupation state move forward with annexation efforts.

The amendment was introduced by Clem Balanoff, the Illinois director of the pro-Bernie Sanders non-profit “Our Revolution”. Although 34 members voted in favour of the motion, 117 opposed it and five abstained.

Israelis do not support Palestinian equality

Oxford and other top British universities under fire for sending students...

Peter Beinart and the crisis of liberal Zionism

Detention of BDS coordinator in Israel is a “violation,” EU says

Ex-general appointed by Trump says he was in Gaza with Israeli...

The Beirut explosion has serious implications for Israel and Hezbollah

Palestinian village Farasin defiant despite threats of being wiped off the...

How will annexation change the legal landscape in the West Bank...

For Gaza patients, uncertainty over Israeli permits is a matter of...

Why are Palestinian citizens staying out of the anti-Netanyahu protests ?

From the UN to Australia, Israel is making diplomatic inroads for...

Israel – destroyer of Lebanon – poses as its saviour