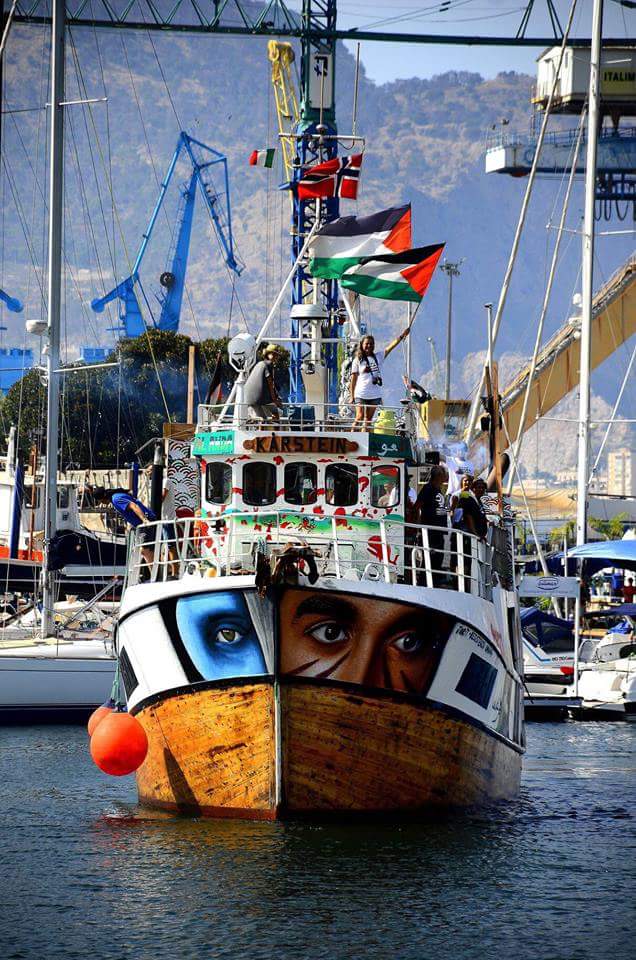 Two released on bail but most participants (including orthopaedic surgeon Dr. Swee Ang Chai) are still in prison and we have grave concerns for our friends’ safety.

ACT NOW BY CONTACTING POLITICIANS (in your country as wel as Israel) and MEDIA to demand safe release of boat, cargo, and all passengers.

Dr. Swee Ang (UK) Sailing on Al-Awda (The Return) wrote this on why she joined: When invited to come on board Al-Awda, the Freedom Flotilla to Gaza, I knew I must join them. This summer marks the thirty-sixth year of my journey with the Palestinians. It began in 1982 when as an ignorant Pro-Israel Christian doctor I first stepped foot as a volunteer surgeon in Gaza Hospital in Beirut’s Sabra Shatila Palestinian refugee camp. There I fell in love passionately with a generous, kind, honest and gentle people – the Palestinians. They were forced out of Palestine in 1948 and found themselves, refugees. Despite the dispossession, persecution and injustice they remained human.

About three weeks after my arrival, more than three thousands of them were cruelly massacred. My heart was broken and trampled on, and would have remained dead and buried in the rubble of their bulldozed homes. But the survivors, even while burying their own loved ones, nurtured me back to life with their tears and love. The children filled with courage, hope and dignity inspired me and gave me the strength to walk on with them. “We are not afraid Doctor come with us”.

It is now 70 years since the Palestinian Nakba and Diaspora in 1948. When will their journey home begin? Today, six million Palestinians dispersed in various refugee camps are denied the right of return to their ancestral Palestine; the other six million lived under occupation in Gaza and West Bank. For twelve years, two million Palestinians have been imprisoned under a brutal land and sea military blockade in Gaza. During this time there were three major military assaults where Gaza was relentlessly bombed for weeks.

Recently, since 30 March 2018, unarmed Gaza demonstrators calling for the Right of Return are shot at with high-grade military assault rifles leaving more than 124 dead and 13,000 severely wounded with hundreds of amputees and potential amputees. The Flotilla brings hope to the besieged Palestinians. They are praying for us in their mosques and churches in the Gaza Strip. They know we are making this journey for them. Even if we are to be abducted, imprisoned and deported, may we remain faithful in solidarity and love for the people of Palestine and Gaza.

This is Palestine Video

‘We’ve been through worse’ — Palestinian resilience continues in face of...

Facing an invisible enemy in Gaza

Israel needs the Arab world to be ruled by dictators

Trapped between Israel’s occupation and coronavirus: How are Palestinians coping with...

Falling between the cracks in Jerusalem

Medics are coronavirus heroes. In Palestine, Israel attacks them with impunity

Understaffed and under equipped in Gaza

Hamas politically active to combat the coronavirus in the Gaza Strip