Home nieuws Corona and fear of viruses are well known in a region with... 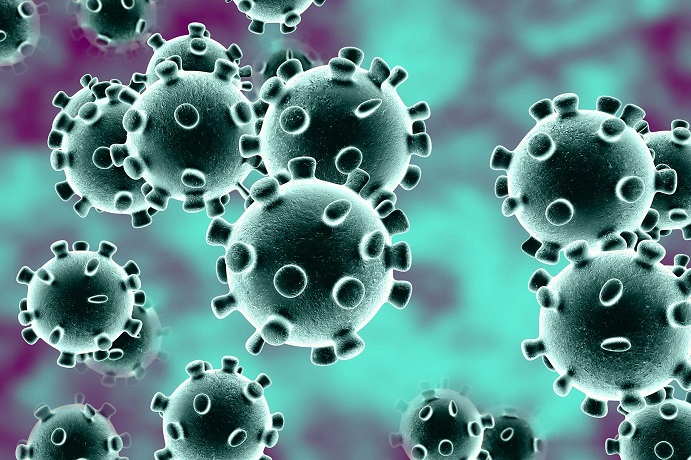 Viruses and fear of viruses are not new to the Middle East. One can find references to “plagues” early in Islamic history. Even the prophet had allegedly spoken about the dangers of the plague and the benefit of quarantining patients, and quarantine was a well-known medical procedure in Islamic history in dealing with infectious diseases. (It was said that only Mecca and Medina were the places spared the plague by divine will, although the Saudi government recently suspended schools in Medina and minor, off-season pilgrimages.)

There are stories in the Arab/Islamic heritage about suffering during plagues: one account spoke of 1, 000 funerals per day for days, and historical narratives listed famous people who died from plagues. In Islam, it is said that the people who died were martyrs if they adhered to the rules of the quarantine.

In his apologetic book on Muhammad, Egyptian writer, Mahmoud Abbas Al-Aqqad, claimed that it was part of the genius of Islam in handling community matters that it introduced quarantining of persons.  For some reason, the idea of quarantining patients has been closely associated with the great Muslim scientist/philosopher, Ibn Sina (known as Avicenna in the West, died in 1037 CE). But Muslim accounts clearly talk about quarantining patients in early Islam (i.e. long before Avicenna’s times).

It is not clear if Europe learned about quarantining from Avicenna (and Europe did practice quarantining during the “Black Death”) but his encyclopaedic work on medicine (the “The Cannons of Medicine”) was used as a medical text book in Europe into the 18thcentury (its early use was noted at the University of Bologna, one of the oldest European universities.). The work of Avicenna was considered instrumental in the European Renaissance and Dante famously reserved a place for him in “limbo,” where the virtuous non-Christians were placed.

But Islamic medicine was not devoid of religious interpretations of plagues, that God can inflict harm on communities for their sins. And a Hadith attributed to the prophet refers to the plague as “pricking by your enemies from jinns” (but some gave metaphorical interpretations of the statement) and the Qur’an contains descriptions (like the Old Testament) of God resorting to force in order to punish sinful communities.

Like the rest of the world, the Arab world has been severely affected by the pandemic. Life has not come to a standstill, but reductions in public gatherings have been either observed or ordered by government — and that is quite difficult given the region’s communally sociable life.

Not unlike the U.S., the crisis has been politicized in the region. The Saudi government, for example, imposed a curfew on the predominantly Shi’ite Qatif province, and its media blamed Iran and some even called it “the Iranian virus.”

Conspiracy theories about the virus abound, here and there: some in the U.S. blame China, while some in China blame the U.S., and some in Iran blame the U.S. The notion that conspiracy theories are a peculiar feature of Middle East political culture has been dispelled in the age of Trump and Fox News — or in the age of Democrats and MSNBC with their obsession with Russian conspiracies.

Clearly, the Arab world lags behind the Western world in medical care and the region suffers from the influence of Western lending institutions which consistently urge governments to slash public spending, which invariably translates into less funding for programs for health, education, and combatting poverty.

Iran was hit first and the contamination spread quickly, perhaps because it appeared early on in the religious city of Qom, which hosts thousands of visitors on a daily basis.  Because the Iran cases of infection were first in the news, Arab governments (in the axis of the Saudi regime) quickly blamed Iran and turned medical vigilance into anti-Iranian rhetoric.

When Lebanon was first hit with a small wave of infections from returnees from Iran the pro-Saudi camp in Lebanon was quick to respond and demand a halt on all traffic from Iran and the Saudi media started spreading rumours that there are thousands of cases in Lebanon (the pro-Saudi camp wanted to irresponsibly exploit the crisis to score points against Lebanon’s minister of health, a physician, who was nominated by Hizbullah).

The minister, however, clearly erred by allowing the Iranian plane to land after a sick woman had boarded the plane in Iran. Oddly, passengers were allowed to go home and self-isolate. That caused the first spread of the disease in Lebanon. But most of the cases of the virus in Lebanon were traced to a Lebanese priest who returned from Italy. He was linked to so many cases that a monastery was closed down because its occupants were all affected. But the Saudi camp in Lebanon did not call for a halt in flights from Italy.

The U.S. was not far at all from exploiting Iranian suffering. As the Iranian government was announcing new cases on daily basis, U.S Secretary of State  Mike Pompeo was insisting that the Iranian regime was not being candid with its public about the severity of the crisis. Quickly, Saudi and Iranian opposition media followed suit and accused Iran — without providing evidence — of a cover-up. Of course, the U.S. accusation was ironic given its lack of transparency and competence in handling the virus.

The Saudi regime reacted to the crisis with typical self-praise. Its Council of Ministers routinely issues statements of support and admiration for the conduct and policies of the government. Saudi regime media bragged constantly about a donation of $10 million that the Saudi government was said to extend to the World Health Organization (that donation could not be verified as many of Saudi financial pledges are often either not met, or often reduced before they are actually delivered).

The Saudi regime media relished (in seemingly celebratory headlines) the registration of virus infections in both Iran and Qatar. The Saudi regime also lauded the Chinese efforts in combating the disease and treated it as a success story. This is not just a medical stance, it’s a way for the regime to signal its growing disappointment with the Trump administration and U.S. Congress in the wake of the hue and cry which followed the murder and dismemberment of Jamal Khashoggi. (While the Trump administration did protect and defend the Saudi regime, the autocrats expected Trump to be able to reign in Washington lawmakers.)

The Syrian government curiously insisted that it registered no known cases of the Coronavirus although the human traffic between Lebanon and Syria has been continuous. (The Lebanese government ordered the borders closed off but still allows Lebanese to enter from Syria).

The Egyptian government also typically lauded its own efforts in fighting the disease. (Management of the crisis resulted in quasi-open feuding between the intelligence apparatus and the military apparatus). The effects on border closing is quite unprecedented in the recent (and not so recent) history of the Middle East. And while much of the world regarded the viral threat as one that united humanity, the Middle East and the U.S. could not but employ political considerations. The U.S. mercilessly refused to lift sanctions on Iran to aid it in its fight against the virus, while wars in Libya, Yemen, and Syria continue.

In Israel, Prime Minister Benjamin Netanyahu maintained the rules of the “war on terrorism” would apply to the war on the virus (and surveillance of patients would be carried out, and the implication was left that patients of the virus are analogous to terrorists—by Israeli definition). The Palestinian Authority tried to act firmly and in-charge, forgetting that it does not actually rule, and that it serves at the pleasure of the occupation.

The world will be different after this pandemic and the Middle East will have to adjust to a new culture in which shaking hands, hugging, and kissing are dropped from the frequent daily ritual of greetings.

As’ad AbuKhalil is a Lebanese-American professor of political science at California State University, Stanislaus; he is the author of the Historical Dictionary of Lebanon (1998), Bin Laden, Islam and America’s New War on Terrorism (2002), and The Battle for Saudi Arabia (2004)