So the administration of US President Donald Trump finally published its “Ultimate Deal”, a document being trumpeted as a “peace plan”.

But in reality, it is nothing of the sort. It is more like a plan for the pacification of Palestinian resistance; a formula for the liquidation of the Palestinian cause. A scheme to sideline the Palestinian people and pretend that the realisation of their rights can be forever delayed.

Trump’s “Vision for Peace” would permanently trap Palestinians in bantustans, cementing Israeli apartheid.
But we will never surrender our rights and our land.
Inspired by the movement that helped end apartheid in South Africa, we call for international pressure through #BDS. 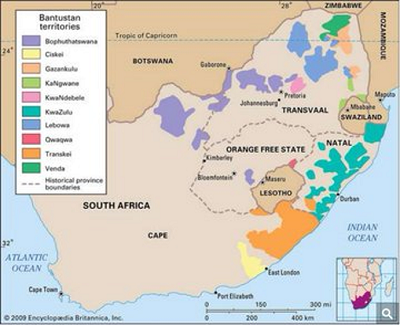 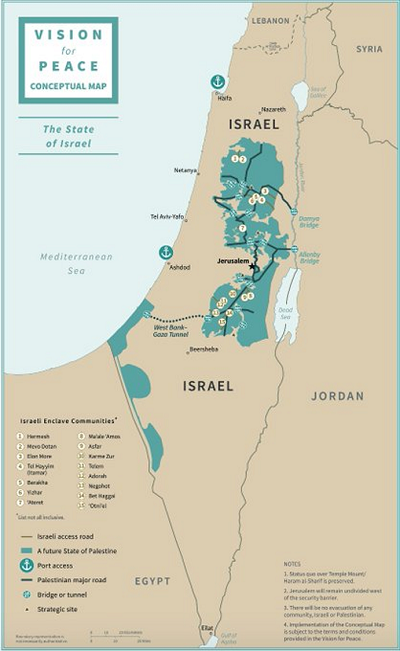 Refugees will not return.

In a nutshell: everything to Israel, nothing for the Palestinians.

That is why even the collaborationist Palestinian Authority has dismissed the document as totally unworkable, with Mahmoud Abbas giving it “a thousand noes”.

The ridiculousness of the plan is clear from the maps that form a part of it, in annexes to the document, which Trump’s son-in-law Jared Kushner has been pushing this week.

Despite having already made the (to many Palestinians) unacceptable concession to give up access to life in 78 per cent of the territory of historic Palestine back in the late 1980s, the Trump-Kushner-Netanyahu plan demands that the Palestinians should give up yet more territory.

Around one third of the West Bank will be annexed to Israel under the plan. But crucially, the map shows that even the scraps of land notionally left to the Palestinians are isolated, broken, discontinuous territories.

These tiny bits of Palestinian land on the map are akin to Indian reservations in the US, or – even more aptly – the bantustans under the late, unlamented white supremacist regime in South Africa.

Reacting to increasing international outrage at its racism and violence, the apartheid regime’s white minority rulers concocted the bantustans – a series of “black homelands”. These were discontinuous, isolated statelets within South Africa, forcing black people off the vast majority of the land in South Africa, while the majority of the land was reserved for the minority white settler population.

The apartheid regime claimed that these powerless entities gave black people the realisation of their self-determination, even giving some nominal “independence” in the 70s and early 80s.

But the reality was quite the opposite. In truth, the bantustans were corrupt, violent dictatorships, which were deliberately established as local centres of power under the ultimate control of the regime. They were aimed at causing infighting within the majority black population, in order to undermine the African National Congress’s liberation struggle.

And so it is with the PA – which is also a corrupt, violent dictatorship, whose primary purpose is to protect Israel and undermine the Palestinian liberation struggle.

It is precisely for this reason that some minority elements of the global movement for Zionism – Israel’s founding settler-colonial ideology – are critical of Trump’s plan. The supposedly liberal and “leftist” wings of Zionism oppose the plan on a purely optical basis, not because of the fact that it undermines Palestinian human rights.

That is to say, liberal Zionists only oppose Trump’s plan because it make them look bad. It unmasks and makes plain the shabby reality of the way Israel, the US and the EU have for decades been trying to destroy the Palestinian liberation movement.

The way these “great powers” have been trying to do this, is to impose the false idea that there is a “two-state solution” to the “conflict” between “Israel and the Palestinians”.

The map, by making clear that only tiny crumbs of land in the West Bank will remain to the Palestinians, is too truthful in its open contempt for and racism against Palestinians.

Kushner, while going on TV to promote the plan, has been very open in his arrogant racism against Palestinians.

In typical colonial fashion, he has claimed that Palestinians are “not ready” to govern themselves. He has derisively talked about Palestinians “saying they have rights” – making it very clear that this racist American considers Palestinians as less than human, and not deserving of equal rights to Israelis or other white people.

The silver lining to all this is that there is a kind of plain frankness to it. It is clear to all where the explicit racists stand.

But in reality, the “liberal” and “leftist” Zionists are just as racist against Palestinians – but they are more careful about revealing that fact in public. They have slightly better PR.

The project to create a Jewish state in Palestine has always been a fundamentally racist one – and will always be so as long as the project lasts. Until Zionist militias violently expelled half of the indigenous population in 1948, Palestine was always a majority non-Jewish country.

Therefore the attempt to impose and violently gerrymander a Jewish majority was by very definition a racist, colonialist one. And the early Zionist thinkers were quite explicit about this: read World Zionist Congress documents from the 1930s and you’ll see that they explicitly call their projects in Palestine “colonial”.

The current cant from “left” Zionists about Trump is therefore quite galling. The deputy director of liberal Zionist group Yachad, for example, writing on the Independent on Wednesday, whined that “true friends of Israel” would not support the “dangerous plan” that “does not serve” any of Israel’s “interests”.

Such delusions aside, the actual text of the document is actually very much in keeping with the two-state delusion.

It contains all the usual lies about “difficult compromises” between the two “sides” to the “conflict” – rather than the objective reality on the ground of a violent settler-colonial movement working hard for the liquidation of the indigenous people of Palestine.

Furthermore, it explicitly draws on the legacy of the Zionist “left” and the racist heroes of liberal Zionist mythology.

The document gushes that Israeli Labour Party leader and former Prime Minister Yitzhak Rabin “gave his life to the cause of peace”. In reality, this racist war criminal ordered his troops to “break the bones” of Palestinian children in revenge for daring to protest against Israel’s military dictatorship during the first intifada.

It’s absolutely true, as the document states, that Rabin also demanded that large portions of the West Bank be annexed (“incorporated”) to Israel. Crucially, it also states that Rabin insisted that Palestinians would only get “civil autonomy in what he said would be something ‘less than a state’.”

The plan then draws on this toxic legacy to make it clear that when it uses the words “Palestinian State” (quite deliberately capitalising the word state) it does not actually mean a Palestinian state.

The plan is clear: “A realistic solution” would impose on Palestinians “the limitations of certain sovereign powers in the Palestinian areas (henceforth referred to as the ‘Palestinian State’)”.

This is the true meaning, and ultimate logical end point of the “two state solution”. It’s time that those standing in solidarity with Palestinians come to realise and acknowledge this basic truth.

What has happened in Palestine over the last 130 years is not some abstract, inevitable “conflict” between two equal “sides” that can be resolved through negotiations between “the parties”.

Israel is a violent, racist, settler-colonial project, whose ultimate goal is the removal of the indigenous population in order to impose an ethnically homogenous state – the so-called Jewish state.

As Palestinian historian Rashid Khalidi correctly argued in the Guardian this week, in an extract from his forthcoming new book, negotiations based on the false premise that the US is some sort of neutral broker are doomed to failure.

Instead, a new reality will have to be imposed on Israel; Palestinian rights are human rights, and as such are non-negotiable. The right to live free from military dictatorship, with equal rights under law for all, and the right for refugees to return, are universal human entitlements.

It is these rights that can never be abrogated, nullified or negotiated away, no matter how many quisling leaderships are imposed on the Palestinian people.

Despite 130 years of failed attempts to destroy the Palestinian cause, the Palestinian people themselves have stubbornly refused to go away, to shut up, or to stop existing and struggling for their freedom.

Trump’s plan is only the latest of such failed efforts – it too will fail.