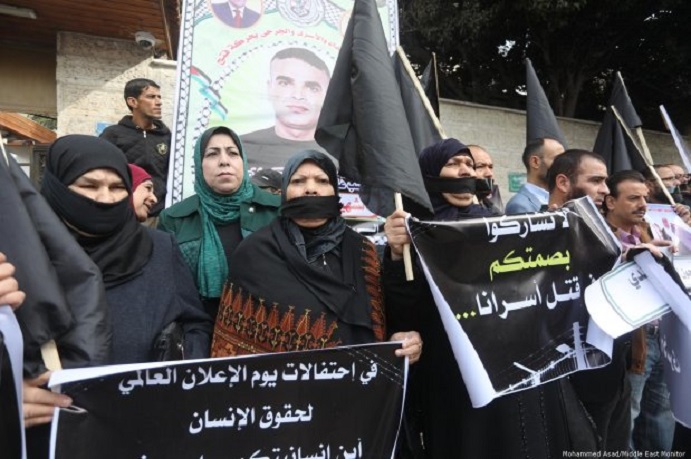 Palestinians protest in Gaza to highlight the lack of support from the international community against Israel’s treatment of Palestinian prisoners.

Palestinians held a silent protest in the besieged Gaza Strip today to highlight the international community’s inaction in the face of the Israeli atrocities committed against prisoners.

Mahjat Al-Quds Foundation for martyrs, prisoners and the wounded organised the “Our silence is pain, your silence is failure” protest after Palestinian prisoners in Ashkelon Prison yesterday announced their intention to launch an open-ended hunger strike in protest against escalating repressive measures by the prison administration.

Thirty-three prisoners are due to launch their strike today, the Palestinian Prisoners’ Club said.

Protesters in Gaza condemned the international community’s silence with regards the issue of Palestinian prisoners. Expressing their anger at director of the International Committee of the Red Cross (ICRC), they handed a letter to the organisation’s office.