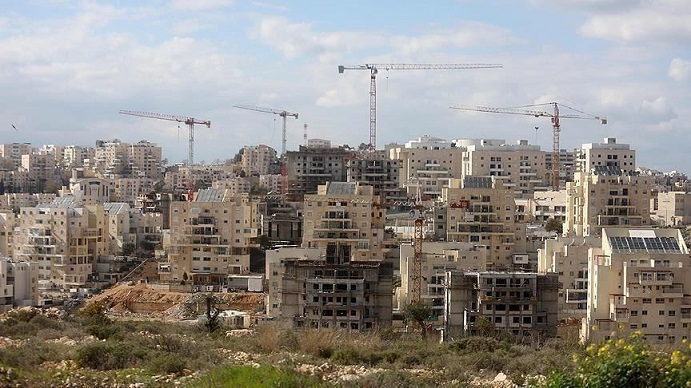 Palestinians are surrounded by settlers and abandoned by the west, but this latest setback will only boost support for their cause.

The day before US secretary of state Mike Pompeo’s announcement that the United States now considers the Israeli settlements in the West Bank to be legal, I accompanied an American group of writers on a tour of the settlements around Ramallah.

It was organised by Breaking the Silence, a group formed by Israeli veterans who oppose the occupation. Yehuda Shaul, the co-founder of the organisation, led the tour. He said that, from 1967 on, the settlement project was state-driven, neither prompted nor led by the settlers. Since then, the US position had been that settlement building in the occupied territories was contrary to international law. And yet no material action has ever been taken by any US administration to force Israel to stop building – except for one moment, in 1991, when president George Bush refused to provide a guarantee for $10bn in loans to Israel over settlement expansion. So what is new about Trump’s announcement?

It was to be expected that this latest US declaration would be followed by a barrage of counter-statements from the EU – as well as the EU’s foreign policy chief, Federica Mogherini – to the effect that “all settlement activity is illegal under international law”. But what purpose do these statements serve when the law is not being enforced? The answer is: none.

The first stop in our tour was the entrance to the settlement of Ofra, north east of Ramallah. Established in 1975, it is considered illegal even under Israeli law. Authorised by the Israeli government in 1979, the settlement never had a defined area, never had an outline plan approved – and no lawful building permits were issued. Some 58% of its built-up area is registered in the land registry office under the names of Palestinians. And yet despite numerous cases in Israeli courts, the settlement continues to stand, with the land never returned to its rightful owners.

Pompeo has stated that “the United States government is expressing no view on the legal status of any individual settlement”. Such assessments, he said, were up to Israeli courts. Not only did the secretary of state negate the role of international law in determining the legality of settlements, he has left it to Israeli courts to arbitrate, even though they have a consistently dismal record on decisions regarding Jewish settlements in the West Bank.

At the next stop on our tour, we stood on a hill opposite the town of Sinjil, where we could see how the settlements were encircling every one of the Palestinian villages in the area, depriving the Palestinians of contiguous land. We were told that this policy of confinement and fragmentation was in accordance with plans set by the Israeli government as early as 1980.

Since we were driving a tour bus bearing an Israeli licence plate, we were able to travel on bypass roads used only by Israelis. Shaul explained that the building of these roads, which skirt Palestinian towns and villages, enabling settlers to travel to and from Israel without seeing any Palestinians, took place in the early 90s after the signing of the Oslo accords. They have led to a vast increase in the number of settlers.

As we drove, I thought to myself that while the Palestinians have been reduced to living in physical ghettoes as a result of these roads and settlements, the settlers are themselves dwelling in mental ghettoes of their own making. With their government involved in an anachronistic colonial project in a postcolonial age, these settlers believe that if they don’t see the Palestinians, they cease to exist. By condoning the settlement project the US is guilty of a similarly myopic view.

Far from evaporating out of existence, the Palestinians – whom the Israeli settlers refuse to see and the Americans disregard while making their outrageous policies – are supported by solidarity groups across the world engaged in different forms of struggle against the occupation and its myriad injustices. Palestinians don’t expect the US or other western governments to change their policies towards Israel any time soon.

Instead, they place their hope in the solidarity offered by people sympathetic to their cause. This solidarity will not slacken because of the US decision. In fact, it is more likely to be encouraged by this egregious flouting of international law.

The tour stopped on a hill overlooking Nebi Samuel. We saw Palestinian cars travelling through the tunnel that burrows beneath the settlers’ highway and the wall that cuts through the hills. As I looked at this devastation of the land, it occurred to me that the West Bank is not coveted for any natural resources buried in the earth: its most important asset is the beauty of its landscape. But this is precisely what the settlers’ voracious appetite for land is destroying.

The tour ended with a walk around a fenced area of the house of Sabri Gharib, a Palestinian who is a hero of sumoud – the spirit of perseverance or staying put. From 1980 until his death in 2012, he struggled to hold on to his land as the settlement of Giv’on HaHadasha threatened to engulf both. His house ended up being caged by a six-metre–high fence, accessible only by a short track. As I read Pompeo’s latest declaration, I could only think of Sabri’s heroic stance. He persisted in his house despite all the pressure heaped upon him. Irrespective of all the pressure on them, not least this latest transgression against international law, the Palestinians will not give up.

Raja Shehadeh is a Palestinian writer and lawyer; his latest book is Going Home: A Walk Through Fifty Years of Occupation