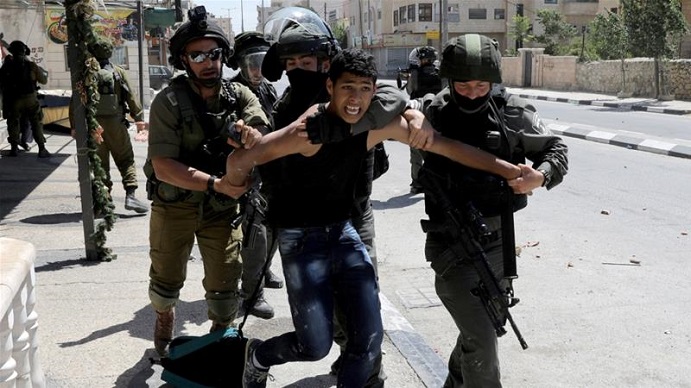 Rejecting accusations of ‘supporting terrorists’, PA says it only helps families of victims of Israeli occupation.

The government of the Netherlands has stopped sending about $1.5m a year to the Palestinian Authority (PA) because of payments it makes to families of those killed, hurt, or imprisoned by Israel.

The Netherlands’ decision came after a motion in parliament was pushed through on Wednesday by pro-Israeli groups who had lobbied the government for years to end its economic assistance to the PA.

The Dutch government’s financial assistance paid the salaries of staff in the Palestinian justice ministry.

Israel accuses the Palestinian government of “supporting terrorists” because it provides financial assistance to the families of those jailed or killed by Israel.

“Although the talks with the Palestinian Authority were constructive about this, it did not lead to the desired result and, therefore, the Netherlands will no longer contribute to salaries in the justice sector,” the Dutch government said in a statement.

The $1.5m represents only direct funding to the PA. The Netherlands still contributes millions of dollars – paid through European channels – in development assistance designed to help the Palestinian economy and refugees.

Ambassador Rawan Sulaiman, Palestine‘s chief of mission to the Netherlands, told Al Jazeera from The Hague that the Dutch government’s move was “unfortunate”, calling on it to “reconsider its decision”.

“I want to stress that the government of Netherlands has redirected the funds in question toward other areas within the Palestinian economy through NGOs and using the European mechanism channels,” she said

Sulaiman said the Palestinian government would continue its engagement with the Netherlands on Palestinian issues.

The Dutch government will contribute $13m in the 2020 budget towards UNRWA, the UN agency tasked with helping Palestinian refugees.

The PA pays about $15m a month to families in the occupied territories. Israel deducts the same amount from Palestinian taxes collected by Israel on goods imported by Palestinians using Israeli ports.

Palestinian officials call the Israeli deductions “piracy” of its own funds paid by Palestinian taxpayers.

“From a Palestinian perspective, the payments are meant to assist the families of Palestinians who are imprisoned by Israel for various political charges,” said Fares.

There are about 5,000 Palestinians currently in Israeli jails, mostly held because of their activities against the Israeli occupation, Fares said.

The Palestinian government supports more than 35,000 families of Palestinians who were killed, wounded, or imprisoned by Israel.

Palestinian officials said such financial support predates the PA, as the Palestine Liberation Organization (PLO) had paid member families since the 1970s if they were arrested, injured or killed by Israeli forces.

“Like any government in the world, it is our moral and legal duty toward our citizens, which is important for us to preserve the social fabric of our society,” said Fares.

Commenting on the Netherlands’ move, Fares said: “Israel never ceases in its attempts to defame the Palestinian legitimate right to resist its illegal occupation and its racist policies against us.”