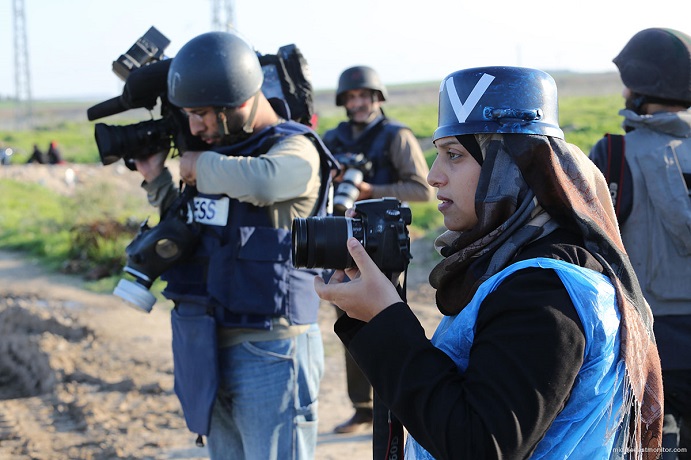 According to the report, which covered the occupied West Bank, East Jerusalem and the Gaza Strip, the most dangerous violations were the direct shootings of journalists.

The report stated that 60 journalists were shot and suffered serious wounds; some of them still suffering at the time of the report.

It also disclosed that 43 journalists had sustained light wounds as they were hit by sound grenades directly thrown at them by the Israeli occupation forces.

“More than 170 journalists were beaten, detained or banned from coverage,” the PJS’ Freedom Committee revealed.

It also exposed that more than 180 violations were committed by Facebook in coordination with the Israeli occupation authorities.

During the period covered by the report, Israel detained 10 journalists, raising the number of journalists inside Israeli jails to 18.

The violations, according to the PJS, included raids of homes, offices, fines and bans of movement inside the country and traveling abroad.