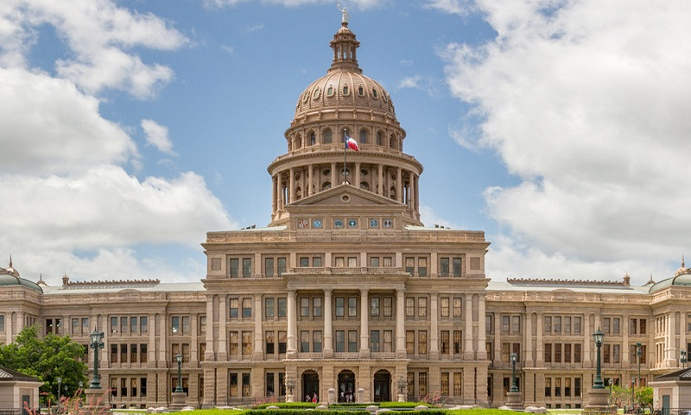 In a major victory for free speech rights, a federal court judge in Texas issued a temporary injunction on Thursday against the state’s 2017 law that requires public employees and companies who contract with the state to certify that they will not engage in a boycott of Israel.

The Texas law is part of a systematic nationwide attempt to stigmatize and outlaw the boycott, divestment and sanctions (BDS) campaign for Palestinian rights in the US.

In his 56-page order, US District Judge Robert Pitman writes that the law, House Bill 89, “threatens to suppress unpopular ideas” and “manipulate the public debate through coercion rather than persuasion.”

Lawsuits are also pending against anti-BDS laws in Maryland and Arkansas.

In December, the Council on American-Islamic Relations (CAIR) filed a lawsuit against the state’s anti-BDS law on behalf of Bahia Amawi, a speech pathologist in Texas who refused to sign a contract to renew her job with the Austin public school district.

The contract included a clause that she “does not” and “will not” engage in a boycott of Israel or “otherwise tak[e] any action that is intended to inflict economic harm” on that country.

State officials then offered to amend the law to block it from applying to individuals, but according to the Statesman newspaper, Amawi said the amendment would not satisfy the plaintiff’s demands as it would not strike language that stops the government from contracting with companies that refuse to do business with Israel.

Thursday’s injunction “clears the way for Amawi to return to her position teaching 3-, 4- and 5-year-olds,” the Statesman reports.

The attorney general of Texas, CAIR notes, “is no longer permitted to include or enforce ‘No Boycott of Israel’ clauses in any state contract.”

“The First Amendment blocks any effort by state governments or the federal government from forcing their citizens to take sides in the widespread international debate about the relationship between Israel and Palestine,” said CAIR trial attorney Carolyn Homer.

The ruling is “a complete victory for the First Amendment against Governor Abbott’s attempt to suppress the rights of Texans to exercise their constitutional rights,” said Amawi’s lawyer, Gadeir Abbas, who added that it is forever “going to be a stain” on Abbott’s record.

“This victory should send an important warning to federal and state lawmakers across the country who have sought to suppress [the] rights of Americans to engage in the wonderful American tradition of expressing their views via boycott,” Abbas said.

In addition to Amawi’s lawsuit, a separate suit was filed by the American Civil Liberties Union on behalf of four Texans who were forced under the law to “choose between signing the certification or forgoing professional opportunities and losing income,” according to the ACLU.

Hale told The Electronic Intifada on Friday that Texas has no right to tell public radio journalists what they can or can’t say about the situation in Palestine.

“I’m relieved that I can finally resume my boycott of companies complicit in Israel’s violation of Palestinian rights without fear of losing my job,” he said.

The ACLU applauded Thursday’s federal court decision as a victory for free speech and said it was not surprising since the right to boycott is “deeply ingrained in American tradition.”

“In its decision the court has affirmed its understanding that this law was intended to chill the expression of personal opinion,” said Terri Burke, executive director of the ACLU in Texas.

He also concludes that the law is too vague to implement. It makes it impossible for state contractors to know whether they could decline to purchase an Israeli product – or a US-made product from a company that does business with Israel’s military – or if they were “obliged to purchase it unless they can justify not doing so for business purposes.”

The plaintiffs “therefore have suffered harm by the enforcement of HB 89 and will continue to suffer harm unless it is enjoined,” the judge adds.

Notably, Pitman references the US Supreme Court’s 1982 decision in a Mississippi case over boycotts organized by Black civil rights activists who refused to buy from stores owned by white merchants in the 1960s, in protest at racist and unequal treatment.

The white merchants sued the National Association for the Advancement of Colored People, the civil rights group whose members called the boycott, demanding damages for lost earnings.

But the US Supreme Court unanimously overturned these decisions, finding that boycotts called to bring about social and political change enjoy the highest protection of the First Amendment.

In his order, Pitman concludes that the “plaintiffs’ BDS boycotts are inherently expressive conduct,” just as the Mississippi case proved.

“I’m very happy that the judge has decided to support our right to hold our own political beliefs and express them as we see fit,” said John Pluecker, the freelance writer who was one of the plaintiffs in the ACLU lawsuit.

“This ruling goes beyond just the plaintiffs – this law needed to be challenged for everyone. People in Texas need to know that our ability to earn our livelihoods won’t be threatened by the state because of our political positions,” Pluecker added.

Earlier this month, Texas announced that it would pull $72 million in stocks from DNB, a Norwegian financial services agency managing two of the state’s pension funds, over its naming of three Israeli firms as human rights violators.

Thursday’s injunction means that the state may not be compelled to pull the funds from DNB on the grounds that the company has chosen not to do business with the firms, which are engaged in weapons manufacturing and illegal settlement construction in the occupied West Bank.

Meanwhile, civil rights attorneys have said they will continue to challenge the anti-BDS laws which remain on the books.

“Texas cannot suppress boycotts for Palestinian rights just because lawmakers don’t like the message that Palestinians deserve equality,” said Palestine Legal senior staff attorney Liz Jackson. “Neither can Congress, Arkansas, Kansas, Arizona, or any of the 27 states who have tried to restrict our right to boycott.”

“Judge Pitman of the US District Court in Texas got it right: there is no First Amendment exception when it comes to Palestine,” Jackson added.

Nora Barrows-Friedman is a staff writer and associate editor at The Electronic Intifada, and is the author of In Our Power: US Students Organize for Justice in Palestine (Just World Books, 2014).

ICC asks PA for clarification over status of Oslo Accords

Israeli annexation: How will Jordan respond ?

I am under a lockdown, but not because of the coronavirus