Home Nieuws After my imprisonment, my little brother has been jailed in Israel. Who... 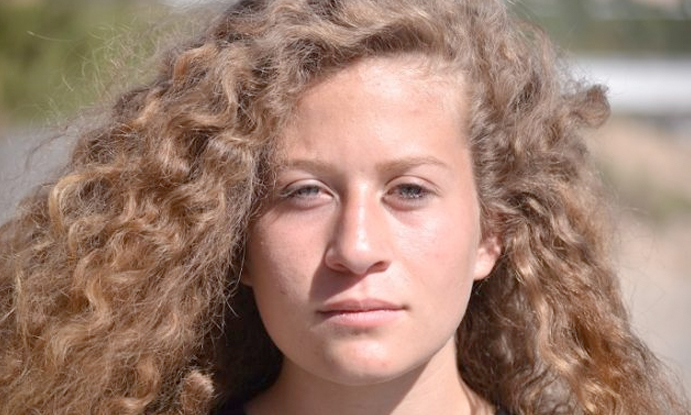 I was detained for clashing with Israeli forces in 2017, after my cousin was shot in the head. Almost a year since my release, my 15-year-old brother – like so many other children – has been taken away too.

A year ago I was in an Israeli prison, denied my basic rights and stripped of my childhood. The crime that led to eight months of incarceration was not mine, but that of Israel’s continued occupation of Palestine.

As with so many child prisoners who are subjected to the horrors of Israeli military detention, one of the toughest daily struggles was being separated from my family. Last week, my family was torn apart once again: this time, Israeli forces came and took away my 15-year-old brother Mohammed.

This is the price we pay for Israel’s occupation. Every mother and father is forced to live in fear of their children being the next target. Palestinians in the West Bank are subjected to military law, which is used as a tool to repress, silence, and prevent our resistance to occupation.

We do not have equal rights to the Israeli settlers who live on stolen land in our neighbourhoods. This prevents us from living normal lives and threatens our existence, but it is protected by Israel’s legal system.

Across the West Bank exists a framework of dual legal systems: Jewish settlers are afforded rights under Israeli civilian law, while we Palestinians have ours taken away by military law – two very different processes and outcomes implemented on grounds of ethnicity. Experts say this meets the definition of apartheid, and children are not immune from this suffering.

There are currently more than 200 Palestinian children, including my brother, in Israeli jails. Each year, Israel arrests and prosecutes around 700 children, some as young as 12. They are usually accused of throwing stones. After being separated from their families, exposed to physical, psychological, and emotional abuse, a number of children are coerced into signing confessions put in front of them by Israeli interrogators – often in a language they do not understand. Very few children are granted access to a lawyer or allowed a family member present during interrogation.

With 99 per cent of court cases against Palestinians resulting in conviction, signing a confession and making a plea bargain is often presented as the fastest way of being released and reunited with family.

From the moment of arrest, Palestinian children encounter abuse at the hands of Israeli forces. In 2013, UNICEF published a report into the widespread, systematic and institutionalised ill treatment of children in the military detention system. Of the 38 requirements they set out to protect Palestinian children, Israel has implemented only one. According to the charity Defence for Children International Palestine, three out of four experience physical violence, and nearly half suffer the traumatic experience of being ripped from their families in the middle of the night by armed soldiers.

The British government is aware of what is happening. A delegation of lawyers was sent by the Foreign Office to report on the situation in 2012. It came back with damning conclusions that mirrored those of UNICEF a year later.

More recently, the Palestine Solidarity Campaign submitted a petition with over ten-thousand signatures demanding urgent action, and MPs tabled an Early Day Motion (EDM 563) that is the fourth most supported in this Parliamentary session.

Today, on Palestinian Prisoners Day, I join them in asking the British government to hold Israel accountable and give Palestinians back their childhoods.

My case garnered international attention, and I’m thankful for the many messages of support I received from people in the UK during my nightmarish ordeal in prison. But I will not truly be free until we all are.

Ahed Tamimi is a Palestinian activist who was imprisoned for assaulting an Israeli soldier in December 2017. She is represented by the Palestine Solidarity Campaign and has had organisations including Amnesty International campaign on her behalf

Effort to blame BDS for anti-Semitism thwarted by facts

Rights groups call on Israel to stop its ‘military attacks’ on...

Debat Stop settlements: on the road to Justice in Palestine

Can Abbas repudiate all agreements with Israel ?