Home Nieuws Exposing Israeli interference in the US 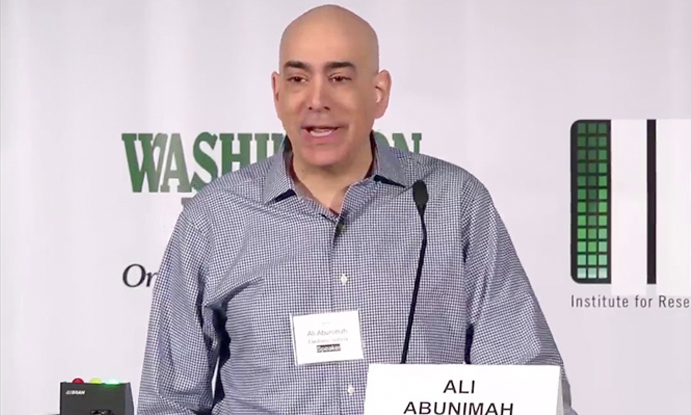 After more than two years of media hype and hyperventilation, special counsel Robert Mueller’s investigation has finally concluded that there was no collusion between Donald Trump’s presidential campaign and Russia to subvert the 2016 US election.

There is however plenty of evidence of foreign interference and collusion in US politics, except it is being ignored by establishment media and politicians because the state doing it is not Russia, but Israel.

Last Friday, I spoke in Washington at the Israel Lobby and American Policy Conference 2019 about Al Jazeera’s undercover documentary into the activities of the Israel lobby in the United States.

The film was made during 2016 and completed in 2017, but then it was suppressed after Qatar, Al Jazeera’s sponsor, came under intense pressure from that same lobby.

However this effort at censorship failed: The Electronic Intifada was the first to publish details of the film in March last year.

In August, we were the first to publish video excerpts, and finally in November we published all four episodes of the film online for anyone to watch.

I began my talk – which like the rest of the conference was carried live nationally on C-SPAN – by asking the audience in the room of more than 300 how many had watched the Al Jazeera film in whole or in part. I estimated that about a quarter put up their hands.

That’s a great start, but it shows that many more people still need to see this bombshell documentary exposing the efforts of Israel and its lobbyists to spy on, smear and intimidate US citizens who support Palestinian human rights, especially BDS – the boycott, divestment and sanctions movement.

It also shows that Israel’s semi-covert black-ops government agency, the Ministry of Strategic Affairs, is operating this effort in collusion with an extensive network of US-based organizations that had not registered as foreign agents as the law requires.

In contrast to the scant evidence of Russian “election interference” activities on Facebook, the Al Jazeera film reveals a major effort by The Israel Project to run a covert pro-Israel influence campaign on the social network.

Yet despite Facebook’s aggressive censorship of alternative media that challenges US government narratives, the corporation has apparently given its blessing to the deceptive use of its platform for pro-Israel propaganda.

As I explained in my talk at the conference, the documentary also reveals how pro-Israel supporters raise vast amounts of cash to support US election candidates who back Israel’s agenda – and the film suggests some of their methods skirt campaign finance laws.

In the context of the mosque massacres by a white supremacist in Christchurch, New Zealand, earlier this month, and concern about growing anti-Semitism, I also talked about how Israel is a force today promoting and inspiring Islamophobia, anti-Semitism, white supremacy and extremism that is destabilizing the world.

In the video above, you can watch my talk at the conference making the case for why everyone should watch the Al Jazeera film.

You can also watch episodes one and two, and episodes three and four, of the film itself on The Electronic Intifada.

To see more of the presentations from the Israel Lobby and American Policy Conference 2019, visit the YouTube channel of the Washington Report on Middle East Affairs, which organized the conference along with the Institute for Research: Middle Eastern Policy.

Ali Abunimah is a co-founder of The Electronic Intifada and author of The Battle for Justice in Palestine, now out from Haymarket Books.