Home Nieuws After Golan, are Trump and Netanyahu coming for West Bank ? 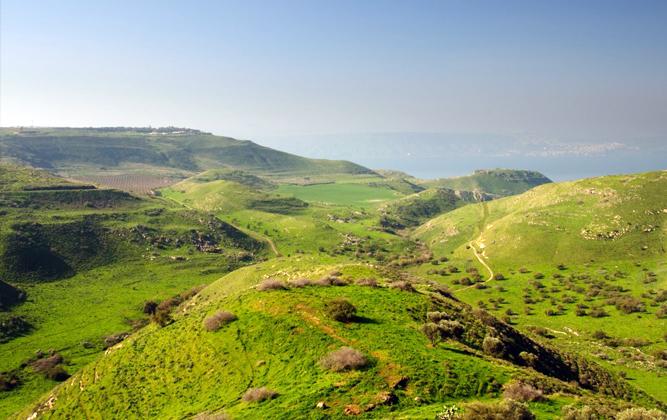 A warning: If Israeli Prime Minister Benjamin Netanyahu is still in office in late 2020 or 2024, when President Donald Trump’s time in office is coming to a close, there is a good chance the two leaders will declare American recognition of Israeli annexation of all or most of the occupied West Bank.

The precedent for such a move was put in place Monday as two significant anti-Arab events took place in Washington.

First, at the annual AIPAC conference, Democratic and Republican speakers alike ignored the Israeli occupation of Palestinian and Arab territory, choosing instead to rail against Congresswoman Ilhan Omar, who has been vilified for openly criticizing the powerful Israel lobby group’s outsize influence.

A bipartisan consensus pretended that AIPAC was being silenced, turning on its head the reality that the organization is supporting legislation seeking to silence supporters of Palestinian rights.

Second, Netanyahu, while accepting Trump’s proclamation of Israeli sovereignty over the occupied Golan Heights, laid the rhetorical and political groundwork for a similar move regarding the West Bank.

Netanyahu called Trump’s unilateral declaration “a two-fold act of historic justice.” Then, ominously, he continued that “Israel won the Golan Heights in a just war of self-defense and the Jewish people’s roots in the Golan go back thousands of years.”

These words augur ill for Palestinians.

It is foreseeable that Netanyahu or a future Israeli leader could invoke the same claim towards the West Bank – even though it has no basis in international law.

Israel falsely argues that the 1967 war was “defensive,” despite the fact it began with an Israeli surprise attack on Egypt.

In a 1976 interview, Israel’s defense minister at the time of the war, Moshe Dayan, admitted that Israel’s occupation of the Golan, as well as its provocations in the years preceding the war, were driven by a lust for conquest of land.

But even if this were not the case and Israel’s actions were arguably “defensive,” it makes no legal difference. The UN Security Council has reaffirmed repeatedly, in the case of all the territories occupied by Israel in 1967, including the Golan, the fundamental principle of the “inadmissibility of the acquisition of territory by war.”

Trump’s earlier recognition of Israel’s claims to Jerusalem, and now the Golan Heights, establish him as willing to go along with Netanyahu and his Middle East adviser, son-in-law Jared Kushner, and not least mega-donor to his campaign and the Republican Party, casino billionaire Sheldon Adelson.

Indeed, on the flight back to Israel, a senior Israeli diplomatic source cited by the newspaper Haaretz stated: “Everyone says you can’t hold an occupied territory, but this proves you can. If occupied in a defensive war, then it’s ours.”

The colonial moment and precursor to a possible move on the West Bank was sealed when Netanyahu turned to Trump and joked: “I brought you a case of the finest wine from the Golan. I understand you’re not a great wine drinker. But could I give it to your staff? And I hope they don’t open an investigation on us.”

Trump accepted the wine, making himself complicit in Israel’s pillage of the Golan Heights, something American oil and gas investors have already been involved in for years.

Of course, Monday’s signing ceremony signals that the administration is already knee-deep in law-breaking.

The Democratic Party seemingly doesn’t care and mainstream media have let the moment pass with barely a comment. Why should anything more be expected of the White House?

Netanyahu’s comment on the wine was met by broad smiles from Kushner and Ambassador David Friedman, settlement supporters who have funded Israeli colonial conquest in the West Bank.

Secretary of State Mike Pompeo was also present for the signing ceremony. He recently voiced his opinion that Trump might be on a mission from God.

Trump and Netanyahu are riding high at present, able to do what they want with little pushback.

But they are inadvertently bringing forward the fight over Israeli apartheid and one state with equal rights for all.

They are exercising raw political power enormously damaging to the rights of Palestinians and Arabs in the region and threatening the speech rights of all Americans.

The Democratic Party, divided generationally and attacking young women of colour who recently joined Congress, is too inept a resistance to stand in opposition.

Yes, much of the energy beyond Senator Bernie Sanders is with younger members of Congress and the grassroots, but the capacity for the current occupant of the White House and an out-of-touch Democratic leadership to inflict immense harm and lay the groundwork for future conflict is dramatic.

They are busily killing off the two-state solution – some wittingly and some unwittingly – and formalizing an apartheid state.

By the time Democrats win the White House, the fight will be for one democratic state and against the apartheid system built by Israel over decades, and whose present leaders are open about their fascism and violent racism.

Even Thomas Friedman gets the argument many advocates for Palestinian equality have been voicing for years.

Though The New York Times pundit frames it in problematic terms Palestinians would not likely use, he this week summed up the basic argument they could make: “OK, you guys won. We lost. The two-state solution is gone, so let us become Israeli citizens and give us the vote.”

Friedman, never a friend of equality and democracy when it comes to Palestinians, indicates this potential outcome would be a “disaster.”

Instead, their speeches sought to shore up Democratic support for the Israel lobby group.

Disregarding grassroots Democratic opposition to Israeli occupation and war crimes, they wilfully looked away from AIPAC-supported policies that deny Palestinians their freedom and even restrict the free speech rights of American citizens.

This is in contrast to Democratic presidential hopefuls who need the support of the party grassroots in what is sure to be a hotly contested 2020 primary campaign.

Those candidates did not give formal speeches at the conference, perhaps influenced by the Skip AIPAC campaign mounted by Jewish Voice for Peace, CODEPINK and even MoveOn.org.

Several did, however, meet with constituents in town for the event.

While Senator Kamala Harris of California, a long-time supporter of Israeli colonization, was among the Democratic presidential contenders who stayed away from AIPAC, she nonetheless bragged on Monday that she hosted a delegation from the Israel lobby group at her office.

The strong pushback she received from progressives is another marker of how the political landscape is changing.

Michael F. Brown is an independent journalist. His work and views have appeared in The International Herald Tribune, TheNation.com, The San Diego Union-Tribune, The News & Observer, The Atlanta Journal-Constitution, The Washington Post and elsewhere.