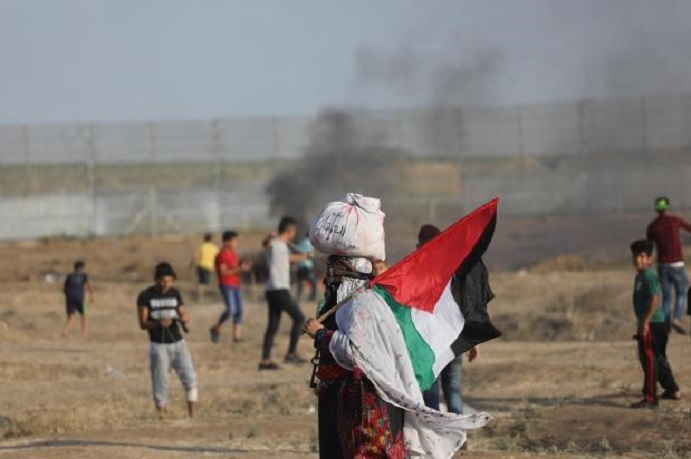 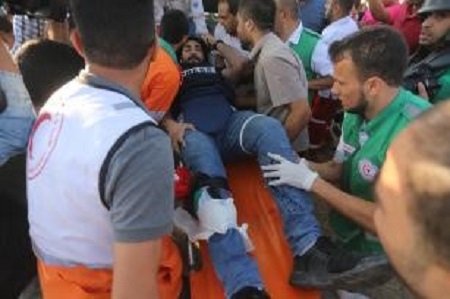 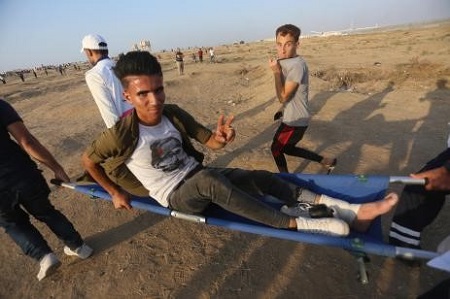 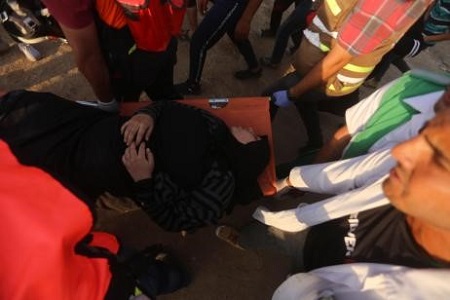 Hundreds of Palestinians across the Gaza Strip on Friday headed to the security fence to participate in the weekly anti-occupation protests known as the Great March of Return, Anadolu Agency reports.

The Higher National Commission of the Great March of Return and Breaking of the Gaza Siege, formed by Palestinian factions, named this Friday’s rallies “Lebanon-based Refugee Camps” in reference to the suffering of the refugees there.

The Palestinian Ministry of Health announced that 39 Palestinians were injured in the evening as a result of the Israeli army assault on the weekly protests.

In a brief statement, the ministry said that 26 of the wounded were shot by live bullets, without giving more details on the nature of the injuries.

Since the Gaza rallies began in March last year, nearly 270 protestors have been martyred — and thousands more wounded — by Israeli forces at the security fence areas with Gaza.

Demonstrators demand an end to Israel’s 12-year-old blockade to the Gaza Strip, which has shattered the coastal enclave’s economy and deprived its two million inhabitants of free movement in and out from Gaza and prevented many basic amenities.