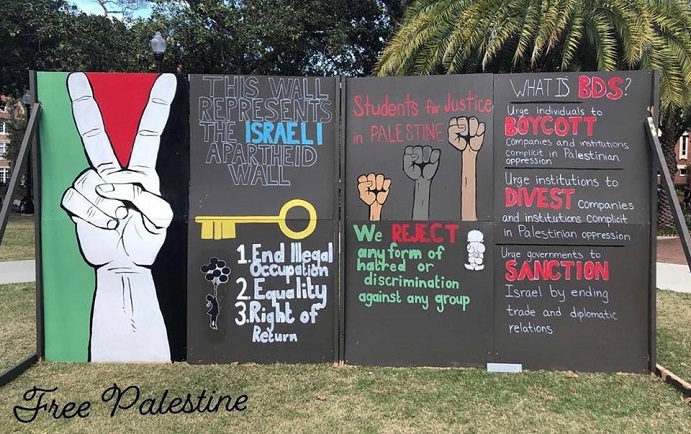 I appeared on Pushback, Aaron Maté’s new show at The Grayzone to talk about the vote in Congress last week to condemn BDS – the boycott, divestment and sanctions movement for Palestinian rights.

Many were disappointed that among the 398 representatives who backed the bill were several prominent Democratic progressives and anti-war figures, including Ayanna Pressley of Massachusetts, California’s Ro Khanna and Tulsi Gabbard, the Hawaii congresswoman who is running for president.

On Monday, I wrote about how Gabbard and Pressley have tried, amid outrage at their votes, to defend their decisions.

In the interview, Maté and I talk about these developments as well as why the Democratic Party leadership is so eager to attack and smear Palestinians.

The resolution condemning BDS had the full backing of top Democrat Nancy Pelosi, the speaker of the House.

I point out how the party is being set up by Donald Trump and the right, who are attacking them for supposedly being anti-Israel and anti-Semitic.

I ask if the Democrats will learn from the experience of the Labour Party in the UK, which has responded ineffectually to a similar smear campaign and witch-hunt by Israel and its lobby in Britain.