Home nieuws The ‘Ultimate Deal’ is not meant to work 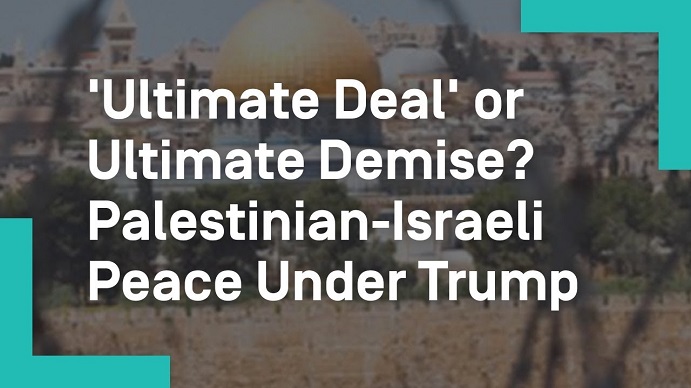 Well, thank the powers that be that that’s over.

The Manama Peace to Prosperity conference promised little and delivered nothing. There was some shouting and posturing, but overall the performance fizzled.

It was not, however, merely a botched exercise in futility.

It was a show of unadulterated cynicism.

Even the messianic glint in Jared Kushner’s eyes cannot mask the fact that none of the US peace trifecta that the White House has deployed to deprive Palestinians of their rights really believes this shambles could have any traction whatsoever.

This is a quite transparent attempt at ending the Palestinian struggle on Israel’s terms, pushing Israeli maximalist fantasies onto Palestinians.

It is best illustrated by the words and actions of its principal actors.

Greenblatt doesn’t “find anything to criticize” Israel for. Not its ongoing and accelerating settlement project, not its blatant transgressions of international law, not its shoot-to-kill policy against unarmed protesters, not its home demolitions, imprisonment of minors or racial discrimination.

The Palestinians, on the other hand – who need Israeli permission to get from one town to the next, to travel, to build extensions to their houses, to marry who they want, to stay on land they already live on – they are fair game.

You see, “one is action.” No, not that one. The Palestinians, according to Greenblatt, are taking action to “prevent peace from happening.”

What about Jared Kushner? The president’s crown prince and special envoy, who is trying to sell his ‘Ultimate Deal’ to the very Palestinians his colleague is so disparaging about, must have been working a little more diligently on his pitch.

Palestinians have been “hysterical and stupid” for boycotting the Bahrain conference, Kushner told Israeli reporters and Arab leaders after a Bahrain show that some reviewers were struggling to describe as anything other than “weird.”

“The door is always open” to Palestinians, he said, provided they stopped saying “crazy things.”

Presumably he was referring to Palestinian Authority head Mahmoud Abbas’ comments that to engage the Trump administration the Palestinians wanted a US commitment to a two-state solution that would see East Jerusalem as the Palestinian capital.

Optimistic, perhaps. But this was US policy until the current administration waded in. Crazy indeed.

Perhaps US ambassador to Israel David Friedman had some more conventional diplomatic tropes to toss out?

The Trump administration’s peace diplomacy is simply a lie. US mediation today amounts to nothing more than a playground taunt, a pushing-your-face-in-the-mud kind of bullying.

It is the height of arrogance, the kind one can only hope will turn out to be gloriously hubristic.

US diplomats badger Palestinians for not engaging, having left them two options: either agree to Israel settling and annexing most of the rest of the West Bank in return for limited self-rule and some spare change; or just watch it happen.

Kushner has already said it. While the political part of the ‘Ultimate Deal’ is yet to be published, Palestinians can expect something “between the Arab peace initiative and between the Israeli position.”

The Arab Peace Initiative – proposed in 2002 by America’s great ally, Saudi Arabia – is a compromise of a compromise, while Israel’s plan from the beginning was to deny Palestinians sovereignty and anything other than what they already have limited control over.

Whether that political part is meant to be implemented before or after the economic part already published is neither here nor there.

Omar Karmi is an associate editor for The Electronic Intifada and former Jerusalem and Washington, DC, correspondent for The National newspaper.