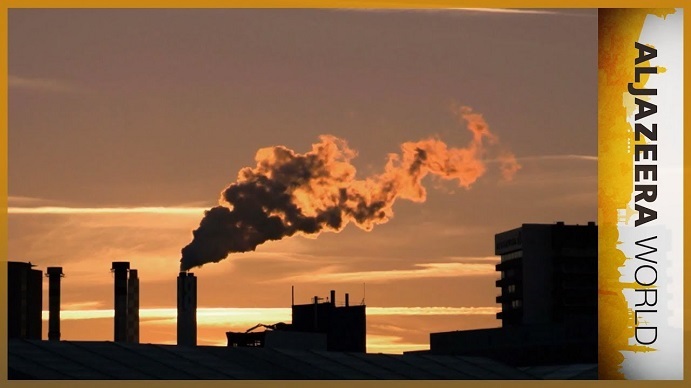 Natural gas in the eastern Mediterranean is a highly-prized commodity.

In 1999, geological surveys revealed that there were natural gas fields off the coast of Gaza. But through a series of poor decisions, questionable leadership and regional geopolitics, the so-called Gaza Marine gas field has lain dormant for 20 years.

So why has Gaza’s gas not been exploited for decades? And why has such a major story received relatively little media attention? While making this film, Al Jazeera obtained exclusive documents revealing correspondence between the Palestinian Authority (PA) and other bodies involved in the negotiations.

When mineral engineers first told Yasser Arafat about the potential gas resources off Gaza, he proclaimed it “a gift from God to the Palestinian people”. The geological surveys suggested that this gas was good quality, of real value, and within easy reach of Gaza’s coastline. It was seen by many as a way for Palestinians to achieve energy independence and perhaps a little sovereignty.

But the PA seemed strangely hesitant right from the start. Added to that, a non-competitive contract with British Gas in 1999 gave Palestinians a minor share of potential gas revenues. Later, Israel – an obvious market – blocked a deal with British Gas in 2003, while Egypt began selling gas to Israel, commandeering what would have been Gaza Marine’s share of the market.

What’s more, a veil of secrecy surrounds the deal-making.

“For 20 years, the PA continued to hide facts and refused to answer questions asked by several parties around the world,” says economic analyst Rami Abdo.

No one at the PA would talk to Al Jazeera about the deal, while political divisions within the governing authority have weakened its ability to exploit a potentially life-changing resource.

“Look at the rest of the region,” says Dania Akkad, a senior editor at Middle East Eye. “They’ve all discovered gas and they’re all now thinking they’re going to be the next wealthy rich-in-gas countries. Meanwhile, people in Gaza just sit with the gas out in the ocean.”

“It’s exactly as if you were somebody who didn’t have any food to eat and you had a feast put in front of you and you were told you were not able to eat this feast,” she says.

As the blockade of Gaza continues, its people spend half their lives in darkness in a perpetual energy crisis, while the answer to many of their economic problems lies below the seabed a few kilometres away.

“The Palestinians in Gaza right now are energy dependent,” Akkad says. “Meanwhile, off their coast, they have gas that could make them energy rich.”

There are now at least eight gas fields which experts say international maritime law gives the Palestinians the right to exploit – if only they were allowed.

All this time, Israel’s first gas field right next to Gaza Marine, called Leviathan, is due to come on stream later in 2019. The PA once contemplated buying Israeli gas from Leviathan. Although the deal was stopped, the irony of it sums up the PA’s two decades of failure to tap into Gaza Marine – while Israel’s continued efforts ensure they may never succeed.