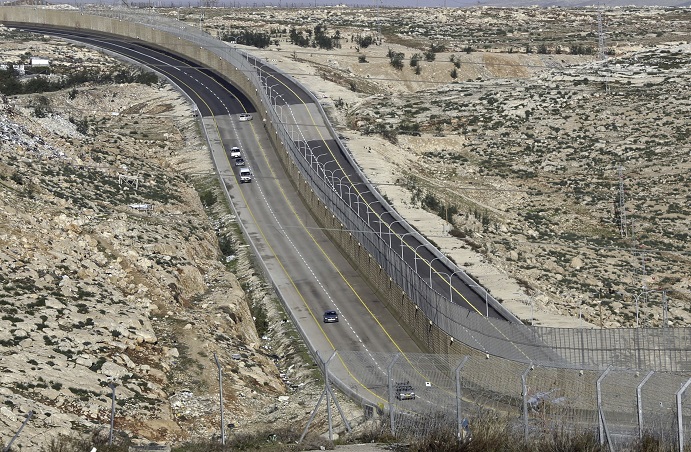 Since its establishment in 1948, Israel has lacked a formal constitution.  In 1951, the first Knesset decided that it would enact a series of “Basic Laws” that would eventually become the future Israeli constitution.1 This distinction placed the Basic Laws as the highest norm in the Israeli legal hierarchy.  Nothing in the Basic Laws resembled a bill of rights until 1992 and 1994 when the Knesset enacted two very important laws: The first, Basic Law – Human Dignity and Liberty2, and the second Basic Law –  Freedom of Occupation.3 These two laws were the basis of the so-called ‘constitutional revolution’ and were considered to be Israel’s mini bill of rights, since they gave constitutional protection to some human and civil rights and also gave the Israeli High Court the power to review ordinary laws enacted by the Knesset.4

The two Basic Laws emphasize the superiority of the Jewish majority over the Palestinian minority. It is worth noting that the Knesset was very progressive in enacting regular statutes that protect the right to equality of other groups like women and people with disabilities, but never mentioning the right to equality of the Palestinian minority.5 This article will focus on one, important and troubling aspect of the systematic discrimination against the Palestinian citizens of Israel – the issue of citizenship. I will start by listing and analyzing some of the discriminatory laws concerning citizenship, then I will move to discuss the issue of family unification for Palestinians in Israel and I will conclude with a discussion about the latest High Court judgment concerning the Citizenship Law case, MK Zahava Gal-On (Meretz-Yahad) v. Attorney General, which was delivered on 11 January 2012.6

The Law of Return allows any Jewish person immigration and automatic citizenship to the State of Israel. The law also applies to the children and grandchildren of Jews, as well as their spouses and the spouses of their children and grandchildren. No comparable law exists to guarantee the rights of Palestinians to immigrate or receive citizenship, even if they were born in the area that is now the State of Israel.

Article 2(a) of the Citizenship Law stipulates that, “Every emigrant under the Law of Return will become a citizen of Israel as a direct result of the return.” Article 3 of the law deprives Palestinians who were residents of Palestine prior to 1948 of the right to acquire citizenship or residency status in Israel based on conditions that have been specifically designed to deprive the Palestinian refugees of the Right of Return.

Amendment No. 9 (Authority for Revoking Citizenship) (2008) to article 11 of the Citizenship Law revokes citizenship due to a “breach of trust or disloyalty to the state”. ‘Breach of trust’ is broadly defined and even includes the act of naturalization or obtaining permanent residency status in one of nine Arab and Muslim states (and the Gaza Strip) that are listed by the law. The amendment allows for the revocation of citizenship without requiring a criminal conviction.

Amendment No. 10 enacted on 28 March 2011 allows courts to revoke the citizenship of persons convicted of treason, espionage, assisting the enemy in time of war, and acts of terrorism as defined under the Prohibition on Terrorist Financing Law (2005), if asked to do so by the Ministry of the Interior as part of a criminal sentence. Citizenship can only be revoked if the defendant has dual citizenship or resides outside of Israel, in which case the law creates an assumption that such a person holds dual citizenship. If a person does not hold dual citizenship or reside abroad, then he or she will be granted residency status in Israel instead of citizenship, a downgrading that severely restricts the right to political participation. The revocation of citizenship is one of the most extreme punitive measures at the disposal of states, and may result in cruel and disproportionate punishment, particularly when pursued against a particular group of citizens, in this case Palestinian citizens of Israel. The law was proposed following the arrest and indictment of Arab civil society leader Ameer Makhoul on charges of espionage.

The Entry into Israel Law governs the entry into Israel of non-citizens of the state. It grants preferential treatment to Oleh (a Jewish person who immigrates to Israel under the Law of Return) and affords them status to enter as though they were citizens of the state. An Oleh visa affords foreigner Jews a status with many of the rights of a citizen. An Oleh cannot vote, cannot be elected for the Knesset and cannot receive an Israeli passport, but can automatically become a citizen according to the Citizenship Law.10

The Citizenship and Entry into Israel Law (Temporary Order) (2003)11

The Citizenship and Entry into Israel Law bans family unification where one spouse is an Israeli citizen (in practice almost all of whom are Palestinian) and the other a resident of the occupied Palestinian territories (excluding Jewish settlers living in the oPt). Minor exceptions to the ban were introduced in 2005, which did not diminish the discriminatory nature of the law. An additional amendment in 2007 expanded the ban to include citizens and residents of Iran, Lebanon, Syria and Iraq. A cabinet decision added further restrictions affecting residents of the Gaza Strip in 2008. Although the law was originally enacted as a temporary order, its validity has been repeatedly extended by the Knesset effectively making it a permanent law. Thousands of Palestinian families have been affected by the law, forced to separate, move abroad or live in Israel while fearing constant deportation.

Family Unification for Palestinians in Israel

In 2006, eleven Justices of the Israeli High Court of Justice delivered the decision of Adalah v. Minister of Interior12 in which Adalah’s petition challenged the constitutionality of the Citizenship and Entry into Israel Law. The High Court Judgment rejected the petition in a split six-five decision. Most of the Justices concurred that the law violates the right to family life and the right to equality of Arab citizens, but ruled that the petition should be rejected for the time being in order to give the state a period of nine months to present a better solution. As stated above, an additional amendment in 2007 expanded the family unification ban to also include citizens and residents of Iran, Lebanon, Syria and Iraq.

This law creates three different tracks to receive citizenship in Israel.13 The first track is for Jews and is derived from the Law of Return (1950). The second is intended for foreigners, neither Jews nor Palestinians. Different governmental decisions and the gradual procedure apply for this group. According to the gradual procedure, after an interim period, begins a process which starts with temporary residency and ends with permanent residency. The third and last track, is for the Palestinian citizens, who are banned from living their family life with their spouses from the oPt and from the additional states mentioned above. This classification strengthens the policy of ethnic profiling against all of the Palestinian citizens of Israel.

The Citizenship and Entry into Israel Law ignores the right of Palestinian citizens of the state to fulfill family life with their own Palestinian people or with people that belong to the Arab nation. The restriction is invalid according to international law. This can be seen in the UN Declaration on the Rights of People belonging to National or Ethnic, Religious and Linguistic Minorities14 states, in Article 2(5):

“Persons belonging to minorities have the right to establish and maintain, without any discrimination, free and peaceful contacts with other members of their group and with persons belonging to other minorities, as well as contacts across frontiers with citizens of other states to whom they are related by national or ethnic, religious or linguistic ties.”

The main purpose of the Citizenship and Entry into Israel Law is a demographic one as the trend of public discourse in Israel over the last decade has shown. This is clearly demonstrated by Ruth Gavison, a human rights professor at the Hebrew University of Jerusalem and a strong supporter of the law, who said: “[The Citizenship and Entry into Israel Law’s] justification is grounded in the fact that it is a part of the effort to continue the preservation of Israel as the state where the Jewish people exercises its right to self-determination.”15 Today, the very existence of a large Palestinian minority is considered to be a threat to the state.

Decisions by the High Court and some of the actions taken by the Knesset are clear proof of the trend. I have already mentioned the important High Court Judgment of 2006 concerning the Citizenship and Entry into Israel Law. Another example is the idea to redraw the green line in such a way that the whole area of Um-Elfahem, and the Galilee triangle, are deleted from Israel (resulting in all of its Palestinian residents losing Israeli citizenship) in exchange for areas with large amounts of Jewish settlements in East Jerusalem and the West Bank. This plan, although classified as a “land exchange” plan, clearly aims to preserve the Jewish nature of the state.16 The reason for picking this area was its proximity to the green line and predominantly Palestinian residents.

After the first round in court, which ended with the famous split six-five decision in favor of the Citizenship and Entry into Israel Law, four new petitions were brought before the High Court against the law after the latest amendment (as described above the court gave the state nine months to present a better solution, which it did not). The High Court of Justice, in a majority ruling of six justices against five, rejected the petitions once more.

The majority Justices recognized that the right to family life is a constitutional right. According to the Justices, this right is derived from the right to human dignity. The Justices ruled that this right does not necessarily extend to being exercised within the state of Israel. The majority Justices also ruled that even if there is a violation of any of the constitutional rights, the right of equality being one of them, the violation in this case fulfilled the requirements of the limitation clause in the Basic Law – Human Dignity and Liberty.

Once again, the High Court of Justice failed to protect basic constitutional rights like the right to family life and, more importantly, the right to equality of the Palestinian citizens of Israel. The recent High Court decision proves that when it comes to essential issues like citizenship, the Jewish component of the definition of the state of Israel becomes the dominant component.

Ahmed Tibi, a Palestinian Israeli Member of Knesset, once said that “Israel is a democratic state for the Jews, but is a Jewish state for the Arabs.”17 Tibi was not far from what the reality in Israel looks like today. Consecutive Israeli governments have discriminated against its Palestinian minority since the establishment of the State of Israel until this very day. Palestinians in Israel are collectively treated as second class citizens. This is clearly seen in the issue of citizenship. In this article I have shown that since its establishment, Israel enacted laws and repeatedly amended these laws with the backing of the government and even the High Court with one goal: to Judaize the state. This goal has severely affected the basic rights of Palestinian citizens, their right to family life, right to family unification, and above all, their right to equality.

Nadeem Shehadeh (LLM) is an attorney with the Civil and Political Rights Unit at Adalah – The Legal Center for Arab Minority Rights in Israel.