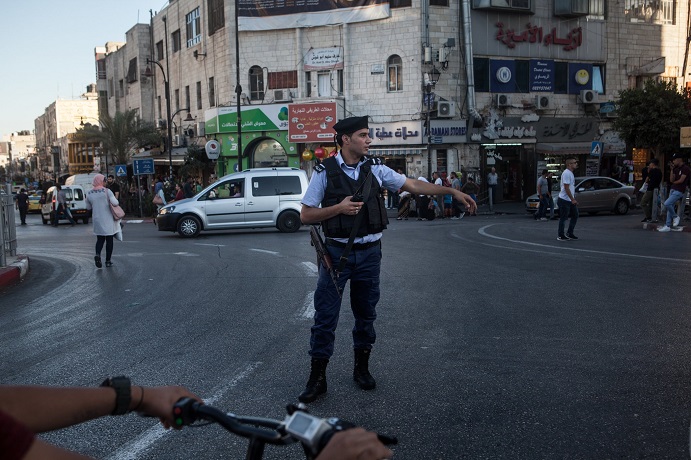 The Palestinian president has said the US administration’s Middle East peace plan will “go to hell”.

Mahmoud Abbas’s comment came as the Americans stepped up their criticism of the Palestinian Authority before this month’s economic conference in Bahrain, which the Palestinians have chosen to boycott.

Mr Abbas said he hoped that by the next Eid Al Fitr the Palestinian people would have liberated their country from the Israeli occupation and established an independent state with East Jerusalem as its capital.

He also hoped they would have “overcome the plots contrived against the Palestinian issue, including the Deal of the Century, which will all go to hell”, Palestinian news agency Wafa reported.

The administration of US President Donald Trump is holding a “Peace to Prosperity Workshop” in Bahrain at the end of the month.

The aim is to raise billions of dollars of investment for the Palestinian economy as the first step in its two-tiered peace plan: address the economy first and the politics second.

Palestinian businessmen have refused invitations to attend the conference, saying it was biased in Israel’s favour by proposing to fix the economy without addressing the Israeli occupation of the West Bank.

The Palestinian leadership was neither invited nor consulted about the meeting.

The Palestinian Authority and economy, meanwhile, are in dire straits after Israel and the US cut funding.

The US Middle East envoy Jason Greenblatt on Wednesday blamed the Palestinian Authority for the situation.

“The PA isn’t ‘in a collapsing situation’, the PA caused the situation,” Mr Greenblatt said on Twitter.

“Time for the PA to step up and take responsibility for their people and the economy. The PA can’t continue to blame the US and everyone else for a situation they caused.”

The tweet was in response to an interview in The New York Times with Palestinian Prime Minister Mohammed Shtayyeh, who warned that Israeli and US policies were pushing the PA to financial collapse.

“They are saying no to two states. They are not respecting ’67 borders. And if this economic track is part of the overall package, what are we accepting?

“If we are there, people will use our presence there to capitalise on that.”

The PA and Israel are in a standoff over taxes that Israel collects on imports intended for the Palestinian Territories and usually passes on to the authority.

But Israel said in February that it would deduct from the funds the amount the PA pays to Palestinians in Israeli jails or the families of those killed attacking Israelis.

The Palestinian leadership refused to take any of the money from Israel, saying that the prisoner funds are a vital social service.

Last year, the US also cut off all funding to Palestinian aid and refugee programmes, and is now looking to the Bahrain conference as a means to restart investment in projects of its choosing.

The PA also faces pressure at home to take responsibility for decades of mismanagement of public funds and entrenched corruption.

This week, a Palestinian anti-corruption group released official documents showing that two years ago Mr Abbas approved a 67 per cent pay rise for Palestinian ministers at a time when the PA Parliament has not met in more than a decade because of an internal split with its rival Hamas, which rules the Gaza Strip.

The PA has ruled in parts of the Palestinian West Bank since the mid-1990s as part of the Oslo peace process with Israel.

It was intended as an interim government while a two-state solution was finalised.

In the meantime, Israeli settlements, considered illegal under international law, have continued to expand throughout the West Bank and East Jerusalem as calls within Israel for annexing parts of the West Bank, including from Israeli Prime Minister Benjamin Netanyahu, have become more mainstream.

Miriam Berger is an American journalist with a focus on the people and politics of the Middle East, Africa and Central Asia.

How many more Palestinians must die for Israel’s ‘security’ ?

‘Children in Jenin Refugee Camp end up as prisoners, martyrs, or...

From the ‘Iron Wall’ to the ‘Villa in the Jungle’, Palestinians...

Palestinians must have economic window to the world, says Hamas

Israel prison break: An indictment of the occupation

My generation can liberate Palestine and end the occupation