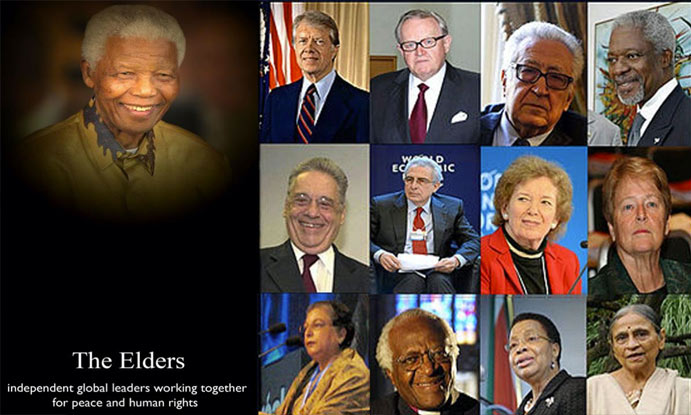 The Elders today called for new engagement from the international community to deliver a just outcome to the Israeli-Palestinian conflict and uphold international law in the face of plans by the new Israeli government to illegally annex swathes of the West Bank.

A new initiative in the spirit of the Madrid Peace Conference of 1991 is needed to bring both Israelis and Palestinians, as well as regional and international powers, into meaningful dialogue on the way forward. Existing multilateral mechanisms like the Quartet should be revitalised and potentially expanded to give a greater role to other powers in the region.

Conversely, The Elders warned that the annexation plans represent a unilateral repudiation of the two-state solution, and are opposed by most countries in the region and internationally. Annexation risks plunging the region into deeper turmoil, further fomenting bitterness and alienation among Palestinians, antagonising Israel’s neighbours and eroding the democratic and constitutional framework of the Jewish state.

Mary Robinson, Chair of The Elders and former UN High Commissioner for Human Rights, insisted that the conflict between Israel and the Palestinians can only ever be solved by finding a solution that guarantees peace, security, rights and dignity to both peoples. “Unilaterally seizing territory and ignoring international law achieves precisely the opposite. Such a move betrays both the interests of Israeli citizens and the ideals of the State’s founders.”

US support alone cannot deliver lasting success on the ground when the proposals announced by President Donald Trump in January have been comprehensively rejected by all strands of Palestinian leadership and Israel’s neighbours.

Former US President Jimmy Carter is an Elder Emeritus. “If the joint mapping of Palestinian lands to be seized by the Israeli government continues,” he explained, “the standing of the United States in the international community will be further damaged. The West Bank belongs to Palestine, and any changes should be mutually agreed upon.”

The Deputy Chair of The Elders and former Secretary-General of the United Nations, Ban Ki-moon, added that the principles of international law are the bedrock of global order. “They provide a framework for defending rights and exercising power that is crucial to all global challenges. Israeli annexation of parts of the West Bank would not only be an act of aggressive folly, it would have a destructive influence on global rights and norms.” He called on the whole world to speak out against this “damaging” agenda.

The Elders welcomed the efforts of brave voices in Israeli civil society and Jewish diaspora groups who have opposed annexation, and encouraged them to stand firm in their support for peace, democracy and a two-state solution. They warned further that a situation where Jewish communities in the West Bank live under Israeli civilian law, while neighbouring Palestinians live under Israeli military law, would inevitably prompt parallels with historical repressive and discriminatory regimes, including apartheid South Africa.

According to Lakhdar Brahimi, former Algerian Foreign Minister and UN diplomat, “The Palestinian people deserve the world’s solidarity and support. Their independence and agency are denied, their polity divided and their rights ignored by the occupying power, even when Palestinian doctors and nurses work tirelessly in Israeli hospitals to fight the Covid-19 pandemic.” He pointed out that the Palestinians have an “inalienable right” to their land and to their state. “And they have the right to struggle for those rights. The world has overlooked its responsibility to the people of Palestine for too many decades. Silence now would be a bitter betrayal, and is certain to have dire consequences for all concerned.”