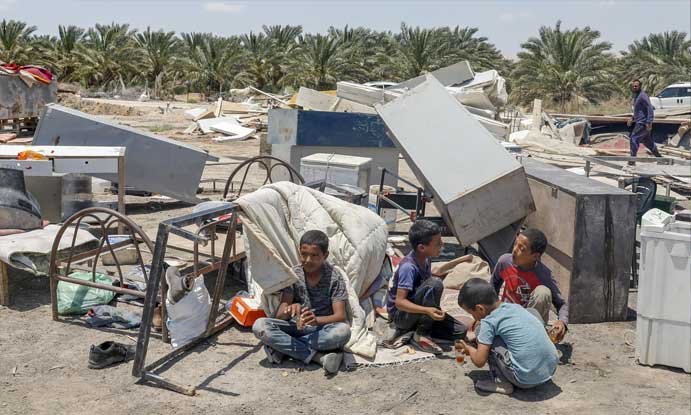 Israeli occupation forces will demolish a Palestinian village based in the north of the occupied West Bank, displacing more than 200 people, Wafa news agency reported.

The village, home to 200 Palestinians, is located west of Jenin and consists of a 200-year-old well and several ancient buildings. Therefore, Amarneh is urging international intervention to prevent Israel from committing a massacre in the village.

Critics of Israel’s decision have pointed to the minuscule number of building permits issued to Palestinians and claim the demolition paves the way for a new Israeli settlement.

Amarneh reiterated that the Israeli occupation government wants to take over the village in order to expand illegal settlements built in that area.

Most of the international community considers Israeli settlements in the West Bank to be illegal.

Palestinians seek an independent state in the West Bank, East Jerusalem and the Gaza Strip, areas captured by Israel in the 1967 war.