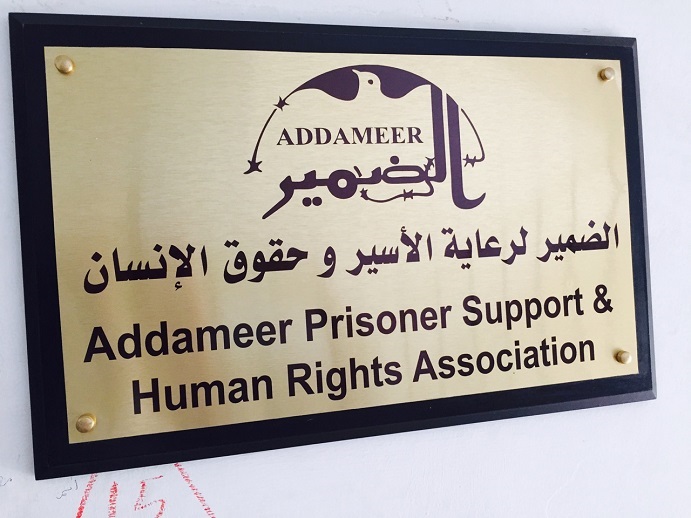 A Hamas leader tells MEE the arrests seek to hinder reconciliation talks between his movement and Fatah.

Israeli forces have arrested 50 Palestinians in the occupied West Bank, including released prisoners and members and elected officials from the Hamas movement, a rights group has said.

According to the Palestinian Prisoners Society (PPS), Israeli military forces raided a number of areas on Monday and Tuesday, arresting at least 40 people in Hebron, including a girl and one woman.

Most of those arrested are former prisoners, according to the group.

The crackdown, the PPS said, is the largest since the beginning of 2020, with the latest round of arrests occurring in May in the town of Yabed, in Jenin, and in occupied Jerusalem.

“The escalation constitutes a crime, due to the continuing spread of the Covid-19 pandemic among prisoners, which endangers their lives,” the organisation said.

Last week, Palestinian prisoner Daoud al-Khatib died at Israel’s Ofer jail due to what rights groups said was medical negligence. His death has reignited calls to hold Israeli authorities accountable for the deaths of prisoners as a result of poor detention conditions.

While medical negligence in Israeli jails has long been denounced by Palestinians, the coronavirus pandemic has further stoked concerns about the health of those behind bars.

In July, Israel’s Supreme Court sparked further condemnation after it ruled that Palestinian prisoners have no right to social distancing protection against the virus.

“Despite all calls for the release of prisoners, particularly those who are ill, the occupation’s response has always been to arrest more Palestinians,” PPS said on Tuesday.

The group documented the arrest of more than 40 citizens of Hebron, including one girl, Amena Abdel-Ghani Abu Turki, and one woman, Seham al-Battat, a former prisoner and the mother of prisoner Haitham al-Battat.

Four people in Bethlehem have also been arrested, the statement added.

According to PPS, Israeli occupation forces arrested more than 3,000 Palestinians from the beginning of 2020 until the end of August.

Hassan Youssef, a Hamas leader in the occupied West Bank, told MEE later on Tuesday that the crackdown comes in the context of talks between his movement and Fatah, which dominates the Palestinian Authority.

He argued that Israel aims to block any new reconciliation initiatives.

“The occupation resorts to the same arrests policy whenever there are new steps towards reconciliation,” Youssef said.

“Those previously released were threatened by the Israeli army, directly and indirectly, not to take part in any process of rapprochement between Hamas and Fatah.”

The Israeli army had threatened that anyone who took part in this process would be arrested, the Hamas leader told MEE.

According to Palestinian prisoners’ rights organisation Addameer, 4,500 Palestinians were imprisoned by Israel as of July. The Committee of Prisoners’ Affairs estimates that 225 Palestinians have died in Israeli custody since 1967.

Israel is the ugliest ever face of brutal colonialism

PA official in Russia for talks

Democrats calls for investigating Abu Akleh killing are unprecedented – but...

International silence over Israel’s media repression is also an attack on...

Israeli extremist calls for demolition of Dome of the Rock

Shireen Abu Aqleh was a lifeline for Palestinians – and her...

Journalists accused Israel of targeting them 2 weeks before killing of...