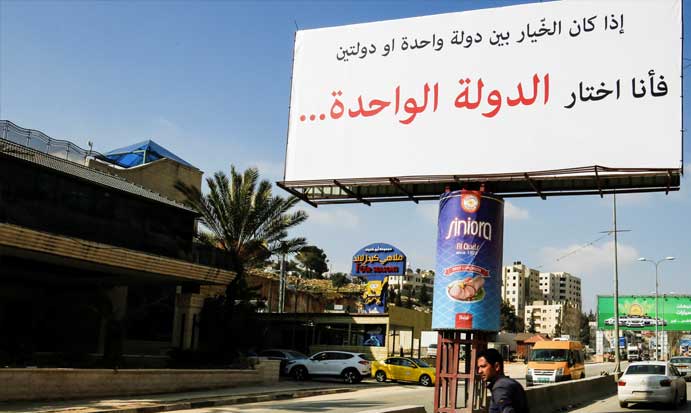 The argument for ‘conflict management’ as opposed to conflict resolution is an attempt to dismiss both charges of apartheid and calls for a single state based on equality.

The argument that the two-state solution is dead, or as good as dead, has by now become firmly embedded in mainstream commentary on Israel and Palestine.

Warnings about the diminishing likelihood, or viability, of a Palestinian state in the occupied West Bank and Gaza Strip, based on the size of the settler population and extent of Israeli colonisation, have been sounded for decades.

Now, practical hurdles are also being understood in the context of – and as a practical expression of – the political obstacles, namely the rejection of and opposition to Palestinian sovereignty in the West Bank and Gaza Strip shared by Israeli leaders across the mainstream political spectrum.

One positive of the discussion around potential Israeli annexation of occupied West Bank territory – which has too often stressed “risks” to Israel and seen Palestinian perspectives marginalised – has been the opportunity to focus minds on the de facto, single state that already exists.

For many of those coming to the conclusion that the two-state solution is dead, there are only two options left: some form of single state based on equality, or, formalised apartheid with the possibility of a future mass expulsions of Palestinians.

This, for example, was the conclusion of Jewish-American writer Peter Beinart’s recent articles, where the former advocate of a two-state solution called for a single binational state (the highly significant distinctions between variations of the “one state” are for another time).

Unsurprisingly, however, not everyone accepts the equality or apartheid binary.

Recent responses to the annexation debate and Beinart’s piece make it clear that for those most deeply committed to shielding Israel from accountability, the maxim from here on is “conflict management” – an explicit, unashamed defence of an open-ended, apartheid status quo.

From differing starting positions, both Miller and Steinberg are amplifying a position advocated by a significant chunk of Israeli leaders and public figures – including members of supposedly divergent political camps.

‘Living with the problem’

In 2013, then-minister Naftali Bennett – one of the most prominent representatives of religious nationalism in the Knesset – told settlers that “a Palestinian state within Israel is not possible”, and thus: “We have to move from solving the problem to living with the problem.”

Three years later, former military chief Moshe Ya’alon told a US think tank that “Israel should manage the conflict rather than trying to solve it”. In 2018, then-Defence Minister Avigdor Lieberman declared: “All we can do is work on managing the conflict with the Palestinians.”

It’s not just political leaders; Israeli-American philosopher and West Bank settler Micah Goodman speaks for many in his support for policies that supposedly “shrink” occupation, while describing the “conflict” with the Palestinians as simply “part of our life, like car accidents and crime and poverty”.

This argument for “conflict management” (as opposed to conflict resolution, let alone decolonisation) could be increasingly heard from Anglo-American politicians, think-tank fellows, and pro-Israel advocates, as an attempt to dismiss both charges of apartheid – the “two-state solution” is still the goal, it’s just not possible for now – and calls for a single state based on equality.

Dennis Ross and David Makovsky, for example, who represent an important current in US diplomacy and policy-making, have already dismissed not only Beinart’s case for a unitary state on the grounds that “there are no democratic traditions” in the Middle East, but also a modest proposal for the mere recognition of Palestinian statehood a “reward” Palestinians’ behaviour does not merit, they unashamedly stated.

There was already a clear danger that in the name of “preserving the two-state solution”, any decision by the Israeli government to either walk back annexation, or proceed with a fudged or partial plan, would be welcomed with relief by Western governments.

But there is actually a further risk: that those politicians and pundits who cannot deny the impossibility of a two-state solution, but who refuse to think outside the box or in terms of solutions that require Israel to be confronted, will now pivot to, and embrace, a “conflict management” paradigm long advocated by many in Israel.

For years, the horizon of a hypothetical “two-state solution” did crucial work in delaying a reckoning about the apartheid status quo. If it is now being discarded, it seems highly likely to be replaced by “conflict management” as the paradigm through which support can be extended for Israeli apartheid, and its ongoing dehumanisation and displacement of Palestinians.

Ben White is a writer, journalist, and analyst specialising in Palestine/Israel; he is the author of four books, the latest of which, ‘Cracks in the Wall: Beyond Apartheid in Palestine/Israel‘ (Pluto Press), was published in 2018