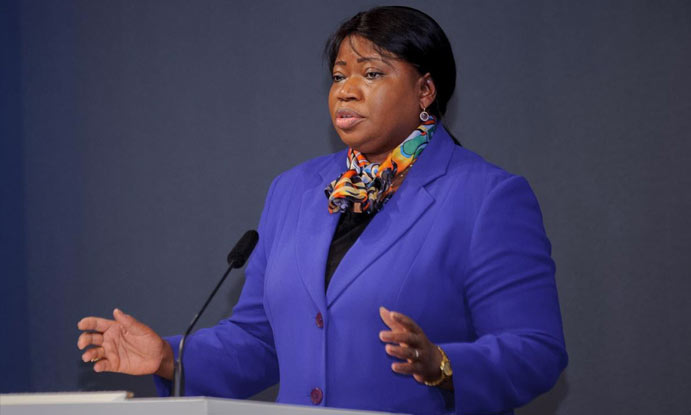 ICC Prosecutor Fatou Bensouda was quoted on the court’s official Twitter account as saying that “misinformation and smear campaigns do not change facts about the conduct of my Office’s work concerning the situation in Palestine.”

“Fact: my office is executing its mandate concerning Palestine situation with utmost professionalism, independence & objectivity in strict conformity with the Rome Statute. Any insinuation or assertion to the contrary is simply misled & unfounded.”

In January 2020, the ICC’s Pre-Trial Chamber invited amicus curiae (friends of the court) submissions on whether Palestine is a state that can transfer criminal jurisdiction over its territory to the Hague.

EU-Israel talks restart after decade amid outcry from rights groups

The targeted killing of Palestinians is the next Israeli crime to...

Palestinians ‘killed in cold blood’ by Israeli army near Ramallah

New Booking.com advisory will not refer to West Bank settlements as...

Left-wing journalist Katie Halper has been fired for calling Israel an...

US calls for investigation into 7-year-old Palestinian boy’s death in occupied...

Palestinians mourn boy (7) who died from ‘fear’ of Israeli forces

US calls on Israel to investigate death of Palestinian boy