Home nieuws End the siege on Gaza: a personal account from Ahmed Masoud 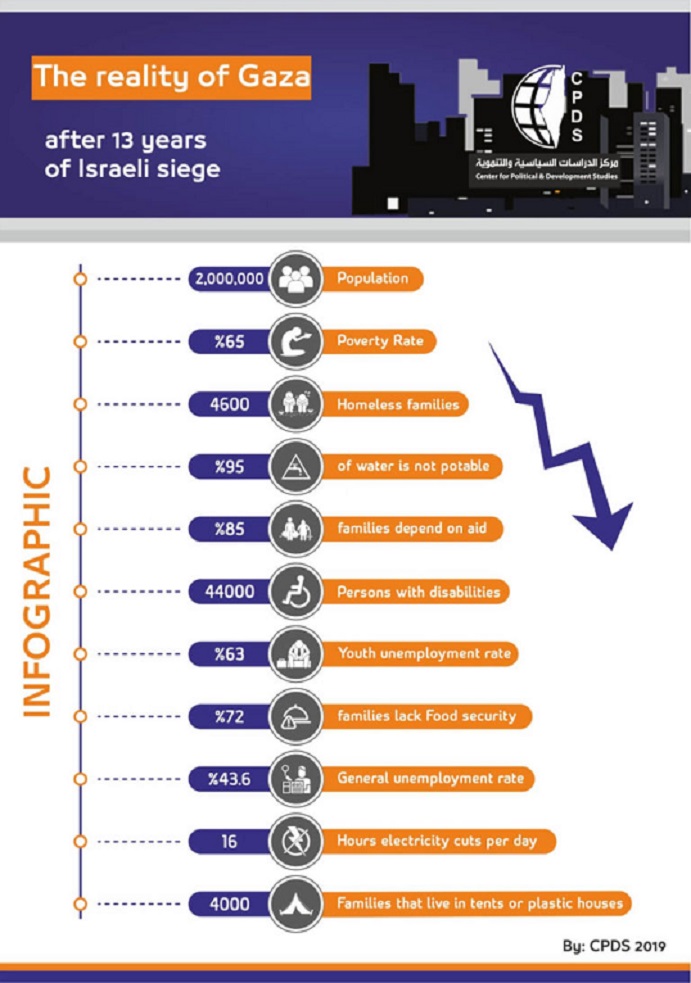 Whenever I speak to my mum in Gaza about the recent Israeli bombing, she half smiles as she cracks jokes about what my five year old nephew latest acquisition of rude words from the street are, how many other nephews and nieces are growing up with a dictionary of rude words and always tells me off for not phoning earlier. But when I ask her about the situation, she stops, the phone line goes very quiet, I ask her if she is still there, then she answers and tells me not to worry about it “It’s not like 2014” she says.

I call my sister who lives in the Nusairat, close to the Sillik (the barbed wire that imprisons Gaza) – and I can hear the fear in her voice, in fact I can hear the bombs myself over the phone. And they don’t sound any different from 2014, my sister’s panic is the same, the kids shouting in the background and her telling them to stop as the sound coming out of her mouth feels damp with tears is just the same.

My brother tells me of how proud he is of his daughter who achieved 98.8% in her high school exams despite all the challenges. He is now working hard to find a scholarship for her so she can study medicine, inside or outside of Gaza. He has barely followed the news and not so interested in it. “I want to look ahead” he says “she is the future”.

In London, the news of the Israeli constant bombing last week were hardly reported. The BBC barely mentioned it and I suppose their rationale is that “it’s not like 2014”. As if Palestinians are only worthy of mentioning if hundreds or thousands die. We are no more than numbers to a lot of people. I hang up the phone to my family in Gaza and go back to my normal routine of work, kids, friends – all are oblivious that these current Israeli attacks are giving me and my family the same trauma of 2014, the same fear that would make us lie at night thinking if this is the last time I would speak to my family ever again.

There’s nothing normal or ordinary about the sound of bombs, no matter how used to them you are and whether you have lived through 2014 or not. I learned this the hard way, when I was in Gaza last December/Jan 2020. I thought I was used to the sound of bombs but when I lay at night unable to sleep, trying hard to warm my two young kids from the cold night air in my parents’ unheated house with no electricity, I remembered the same fear when the first Israeli rocket landed not too far from where we were in Jabalia Camp. It was as if someone had a vacuum cleaner and tried to suck my stomach away while my body resisted, then it collapsed in relief after the sound went.

And now with the latest news of the outbreak of COVID-19 in the Maghazi area in Gaza, my fear is tripled. It’s become like anxiety episodes where anger takes all over me, my frustration that the situation in Gaza continues and no one is willing to change a thing. In fact, some states such as the UAE are happy to endorse it by normalising relationship with Israel. I feel the betrayal to justice to me, to my family back home coming from all fronts. I feel like we are a wounded rare species who has been hunted for a while and everyone is clapping for our demise.

Ahmed Masoud is a Gazan writer, director and academic based in the UK