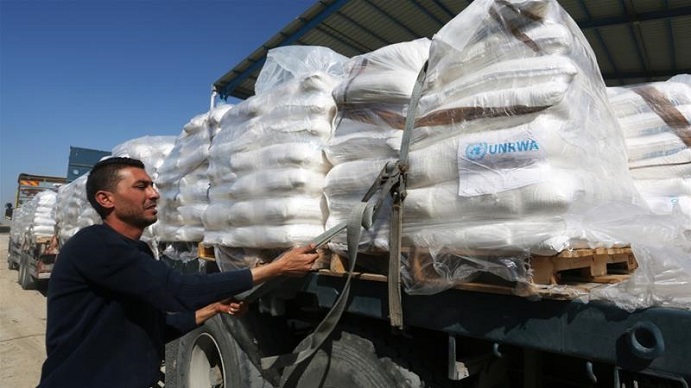 More than one million people in Gaza will face food shortages in June due to a major shortfall in donations to UNRWA.

The UN has warned that unless it can raise $60m by the end of the month, it won’t be able to provide food assistance to more than one million Palestinians in the Gaza Strip in June.

The UN agency for Palestinian refugees, UNRWA, released a statement on Monday expressing its concern.

“At a time when Muslims around the world are observing the holy month of Ramadan, often characterised by the festive nature of its iftars, in Gaza, more than half the population depends on food aid from the international community,” UNRWA said.

“Unless UNRWA secures at least an additional $60m by June, our ability to continue providing food to more than one million Palestine refugees in Gaza, including some 620,000 abject poor – those who cannot cover their basic food needs and who have to survive on $1.6 per day – and nearly 390,000 absolute poor – those who survive on about $3.5 per day – will be severely challenged.”

The agency is funded almost entirely by voluntary contributions and financial support has been outpaced by the growth in needs.

In 2000, less than 80,000 Palestine refugees received UNRWA social assistance in Gaza. Today there are over one million people who need emergency food assistance without which they cannot get through their day.

UNRWA is planning to host a donor’s conference next month and another in September, as it struggles to fill the void after Washington, traditionally its largest donor, withdrew its support.

Last year, a number of countries stepped up to generously compensate for the lack in US funding, but the UN humanitarian coordinator for the Palestinian territories, Jamie McGoldrick, warned that the agencies were facing “a serious funding crisis”.

They needed to raise money fast to be able to make a looming order for the food needed for the remainder of the year, he told journalists in Geneva last week.

“We envisage that if World Food Programme and UNRWA don’t get around $40 million by the end of May – beginning of June, they will not be able to order the pipeline,” he said.

“If they don’t get the funding, clearly they can’t order the food,” he said, adding that this would mean that in the second half of the year, either the number of people receiving aid would be cut or rations would be slashed, or both.

In Gaza, where unemployment stands at 54 percent and is much higher for young people, people do not have the purchasing power to fill in the gaps, McGoldrick said.

“There is no alternative,” he said, describing the situation as “very, very serious”.

It is not only the UN agencies providing food aid who are facing a shortfall.

McGoldrick said that the $350m requested for the UN’s overall humanitarian response plan for the occupied West Bank and Gaza so far this year was only 14 percent funded.

“There is something happening in terms of donor support to the Palestinian situation, which we have to better understand,” he said.